by Emmy Griffiths Published on 9 November 2015 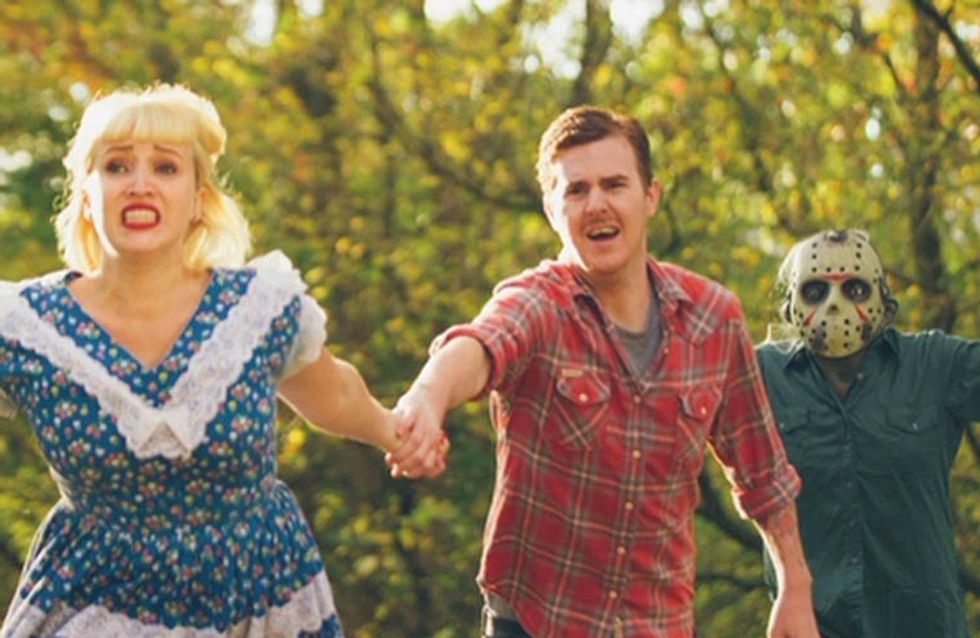 Engagement photos can get a little old. While obviously they need to be beautifully shot and show how much in love you are, we're not sure how many more photos of couples frolicking around trees or posing on swings we can take. That's why we love how this couple decided to give their engagement pictures a murderous twist...

Like typical engagement photos, it all began in a softly lit meadow as the pair gazed into each other's eyes, deeply in love while casually displaying the engagement ring.

Then there was the behind shot where the couple are unaware they are being photographed as they are simply enjoying each other's company.

Then we find out where they are! At a summer camp by a lake, where nothing bad has ever happened in any horror movie! Just as long as they have phones with good reception...

As they lounge around together, we begin to notice something is wrong. There is a man in the shot, and he doesn't look much like a gardener.

The pair try to run away with the girl pulling her beloved along...

But sadly it's not enough as the husband-to-be is mowed down, leaving the woman to fend for herself.

She hides from the axe-murderer behind a grassy bank.

Then she returns to her beloved, only to realise that the axe-murderer is still there!

Sadly, the engagement photos don't have a happy ending, but we enjoyed the ride!

What are the best engagement photos you've ever seen? Tweet us @sofeminineUK!