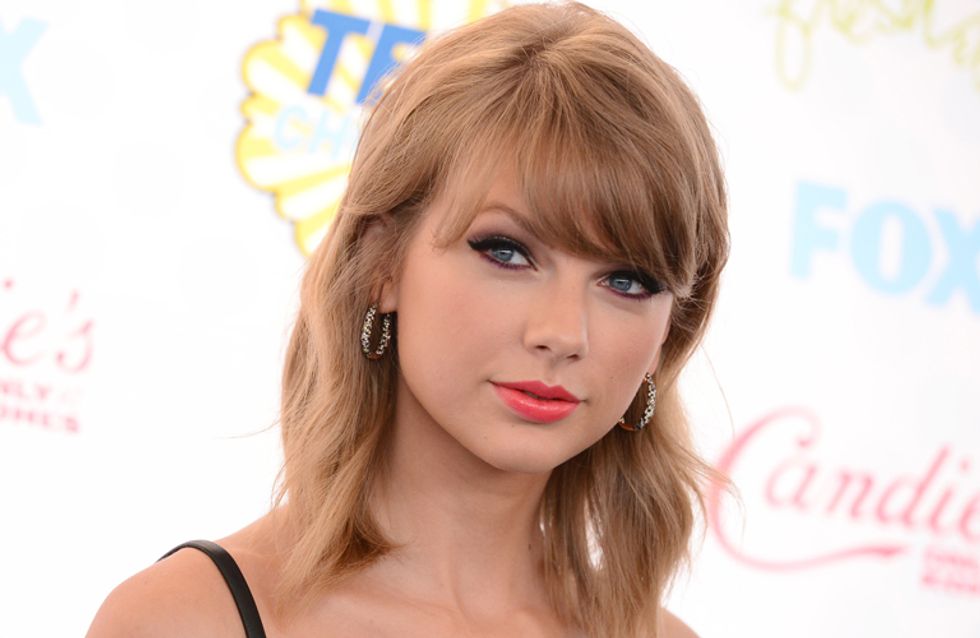 Taylor Swift has announced her new album '1989' will be released on 27th October and, as a sneak peek, she has released her first single from the track list. The music video for 'Shake It Off' has already gone EVERYWHERE. And for good reason. Here's how Taylor Swift's new video breaks all the rules...

She’s absolutely not trying to be sexy

Shaking her booty in a tutu doesn’t look all that sexy and good old Tay Tay knows this. She knows she doesn’t want to go down the ‘Miley Cyrus’ path. Thank God.

She’s calling out the critics

Taylor Swift’s dating life is the butt of every joke and she’s obviously aware of it. Fortunately, the point of the song is that she doesn’t give a singular sh*t. Lyric evidence:

Instead of riding a wrecking ball totally naked whilst licking a hammer, Taylor keeps it classy with her costume choices.

It’s also definitely not a bad thing that she’s singing about ignoring haters. Especially whilst her peers are singing: ‘If you’re ready come and get it’ (Selena Gomez) or ‘Everyone in line in the bathroom, trying to get a line in the bathroom” (Miley Cyrus). Mmm.

We all know from various award ceremonies that Taylor Swift can’t dance for sh*t, but that’s okay because who of us can, really?! This video is all about being yourself, and for Taylor that definitely involves nerd-dancing.

She isn’t poking fun at anyone but herself

She isn’t being mean or trying to make people feel envious of her ilfe, she’s just having fun. Can we take this moment to just say we love her?

She’s including her fans

Can you imagine, as a Taylor Swift fan, getting the call that you’re going to be in Taylor Swift’s new music video? We’re surprised they managed to make it to the set without spontaneously exploding with excitement.

She's dishing out some good advice

Oh we will from now on Swift. We will!

It doesn’t matter if she’s a ballet dancer, a space-age Lady Gaga or a Jersey Shore-wannabe, none of these outfits define her a person so don’t judge. It’s a good message, no?!

This article was written by Emmy Griffiths, follow her @emmyfg