This Man Sobbing After Watching Titanic Is All Of Us

by Emmy Griffiths Published on 28 September 2015 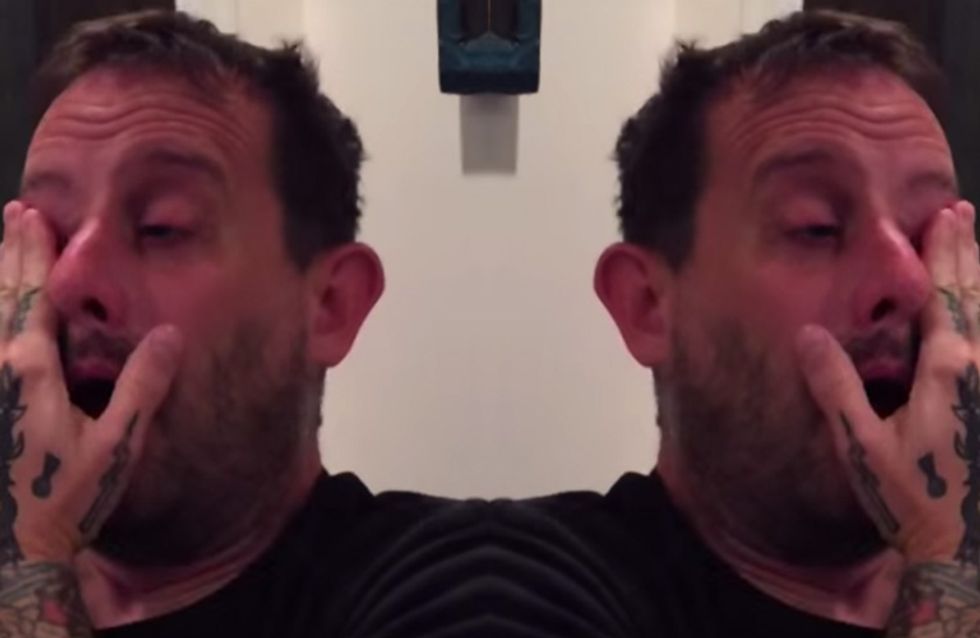 It doesn't matter how many times you watch Titanic - if you have a heart and tear ducts, you are going to bawl. The beautiful and tragic love story! The heartbreaking deaths! The heavy knowledge that this terrible thing actually happened. Any of it is enough to send you to tears. So when this man watched Titanic for the first time, 18 years after it's release, he realised what the hysteria was all about...

Since the man in the video, Geoff, is a self-proclaimed "cool guy who was too proud" to watch Titanic, watching this bawling, heartbroken man commiserate over a stories that has had up weeping for years is a Schadenfreude-esque experience.

"Why are you crying?" His wife asks.

"I'm not crying." He replies, wiping tears from his heartbroken eyes.

Although he denied that he was crying about the movie, claiming it was more over his "loss of innocence" for finally being forced to watch Titanic, after some gentle persuasion he began to talk about the moments that tipped him over the edge. After his wife asked him what had made him cry, he replied: "The photos when she was on the beach and she was riding the horse the way he described it."

Presumably his daughter joined in, talking about her favourite sad moment which was when a third-class passenger put her children to sleep so they wouldn't know it was happening (ugh, we're welling up now!), and it was way too much for ​poor old Geoff, crying "stop stop stop!" as she described the scene.

Eventually he gives up trying to talk and just dry sobs a little bit, bless him. It's okay Geoff, we've all been there. His wife eventually cheers him up by saying: "But you have to be happy Billy Zane committed suicide later, right?" with him replying: "Yeah, that was nice."

Check out the hilariously adorable video for yourself...