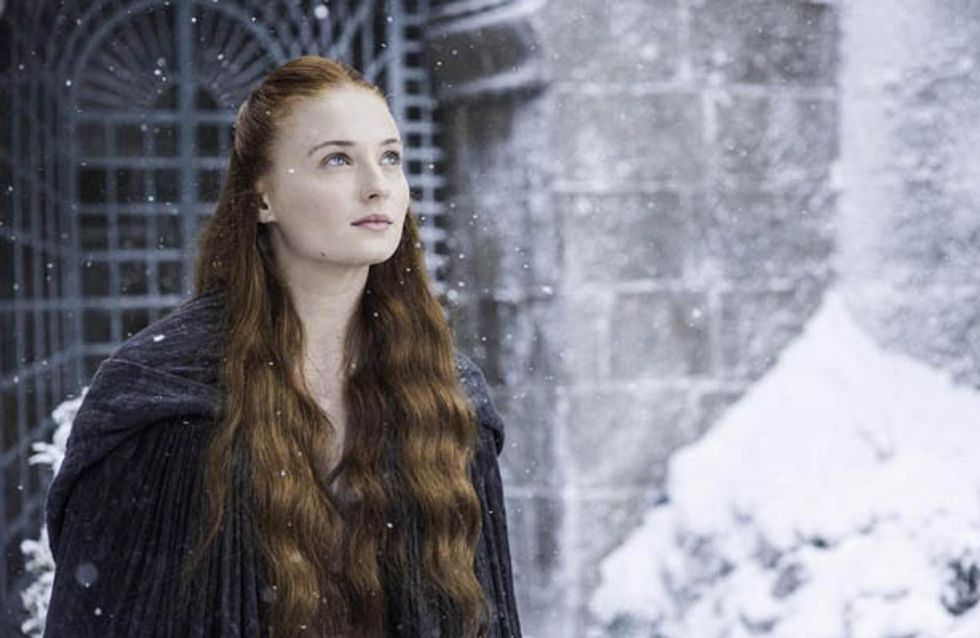 How are we on episode 7 already? How did this happen? When? Pretty soon it'll be episode 9 and we know all the sh*t will REALLY be hitting the fan. But before then there's plenty to be getting on with! Mockingbird included a couple of deaths, one psychopathic teenager and the promise of revenge from Game of Thrones very own Inigo Montoya. Basically, it set up the next three episodes to be AMAZING. Here are the top moments of the episode...

It's been hard to see Tyrion so very, very in the sh*t. Fortunately for him, Cersei messed up when she selected Oberyn’s most hated enemy (The Mountain) as a Champion.

Oberyn hates injustice, so after a miserable anecdote about how much Cersei hated Tyrion when he was just a little dwarf baby, Oberyn decides to champion Tyrion. THIS IS GOING TO BE AMAZING.

When Oberyn declared himself for Tyrion I swear I could hear Enrique singing "I can be your hero, baby" in the background #GameOfThrones

Arya and the Hound are becoming better buds everyday, what with her cleaning his infected wound and him telling her all about how his brother stuck his face on a fire just because he was playing with his toy. Sweet memories.

However, can we express our concern at how ruthless Arya is now? It's getting alarming.

Arya Stark is a psychopath man 😐

Jon Snow returned back at Castle Black and received zero thanks for sorting out the traitors at Craster’s Keep and was humiliated in front of all of his crow friends at dinner.

This had better turn around soon because we’re getting sick of the Night’s Watch finest ignoring all of poor Jon’s stand-up advice for no good reason.

"This castle has stood for 1,000 years." MMHMMM y'all might not last another 4 if you don't listen to Jon Snow. #DemThrones

Oh my God it finally happened. The sexual tension got too much for Dany and Daario and they finally had sexy time and we managed to see Daario nakey. We think the Khaleesi’s expression sums it up nicely.

​On the other hand, you’ve got to feel bad for Jorah Mormont haven’t you? He is so very, very friendzoned.

Brienne can be quite bitchy can’t she?! So what Pod isn’t the brightest spark, he’s provided you nugget after nugget of information! The “you’re not interesting enough to be offensive” was SO uncalled for.

However, we are delighted to see the Hot Pie is back, and he’s even gone into detail about the last time he saw Arya. We were getting a bit bored of everyone assuming she’s dead.

Onto the main event! Sansa’s learned a few tricks from her husband and gives Robin a well-deserved slap when he destroys her Winterfell snow castle and is kissed by Littlefinger. LITTLEFINGER KISSED A FOURTEEN YEAR OLD. This pretty much sums up our reaction:

Unfortunately Lady Lysa saw it all and threatens Sansa with the Moon Door, and being that no one in Game of Thrones is safe we got a little worried there. Turns out we were right, no one in this show is safe, but it wasn't Sansa who went flying but LYSA. For some reason no one was too broken up about this:

Lysa Arryn...more like... FLYsa Arryn. I'll show myself out. #GoT

Oh Lysa. If only there was someone who loved you. BYE.

Some questions please and thank you

How is Petyr going to explain Lya's egg splatter then?

Who is Brienne finding first, Arya or Sansa?

Is Hot Pie the one true King of Westeros by all the laws of Gods and men?

Oberyn vs. The Mountain. Shall we place bets?!

Excited about the next episode? Check out the trailer below and tweet us @sofeminineUK