by the editorial team Published on 13 December 2013 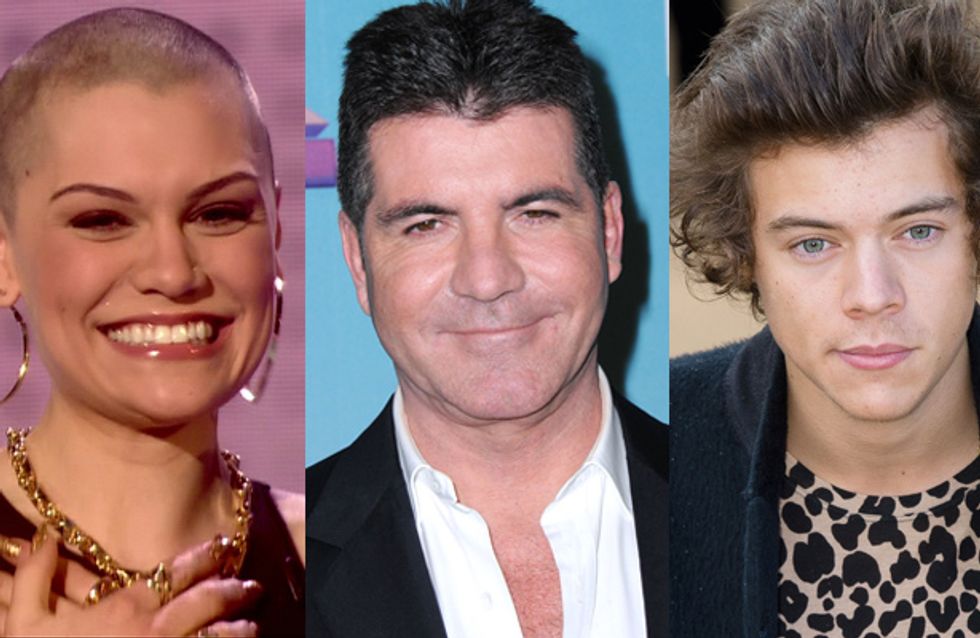 What did we ever do before Twitter? There’s nothing we love more than tweeting as we’re watching our favourite TV shows, and clearly we’re not the only ones! More people than ever before have been taking to Twitter to share their shock, excitement and horror at all the must-see TV shows, from X Factor to Made In Chelsea. But what were the top tweeted TV moments of 2013?

What TV shows do you tweet about? Come on, we all do it. In fact millions of viewers in the UK tweet every time a TV show pushes their buttons.

Freeview have rounded up the top TV moments of 2013 that instantaneously began trending after the nation rushed to their phones to voice their opinions on Twitter.

Unsurprisingly reality TV shows came out on top, with social media users finding it impossible not to tweet about Britain’s Got Talent, I’m A Celeb, The X Factor and Celebrity Big Brother.

But by far and away the most tweeted TV topic of 2013 wasn’t actually a reality show, it was this year’s Comic Relief special where popstar Jessie J shaved her head live on TV.

The tense head-shaving received over a massive 1.5 million tweets, as floods of viewers rushed to congratulate Jessie on her brave move for charity.

Coming in second place was that toe-curlingly awkward moment when Taylor Swift walked out onstage at The BRIT Awards to her hit ‘We Are Never Ever Getting Back Together’ as the camera panned to the face of her recent ex-boyfriend Harry Styles.

Over 820,000 Twitter users also took delight in the moment when a Britain’s Got Talent contestant got revenge on Simon Cowell, pelting him with eggs.

But what made it extra hilarious, is how the two other hopefuls Richard and Adam - who were auditioning at the time - didn’t skip a beat as they belted out the song ‘The Impossible Dream’.

Storming into fourth place in this year’s list was Joey Essex and his recent appearance on I’m A Celebrity…Get Me Out Of Here.

Although he didn’t win the show, the Essex boy won the nation’s hearts, which is due in part to his adorable little Joey-isms, the best being how he didn’t like to “confrontate.”

There was barely a dry eye in the house following Ellie Goulding’s emotional performance of the Official Children in Need song ‘How Long Will I Love You’, with over 600,000 viewers moved to comment on Twitter.

No one knew what on earth was going on when J Star Valentine sang tearjerker Hallelujah (made famous by Alexandra Burke) to the X Factor judges.

His, ahem, ‘unique’ take on the song had literally everyone – including the judges and those waiting to audition – open-mouthed in shock. Suffice to say he didn’t make it through to the next round…

Sci-fi fans exploded with happiness as Peter Capaldi was announced as the new Doctor Who, taking over from Matt Smith.

Over 500,000 Whovians were delighted with the latest cast update, especially as that meant that they could make a million swear-word jokes in reference to his previous role as the acerbic Malcolm Tucker in The Thick Of It!

Celebrity Big Brother is still a topic that gets everyone talking, with CBB fans jumping on Twitter in disbelief at the fact that a Page 3 girl called Lacy Banghard was entering the infamous reality TV house.

While The Voice might not be as popular as The X Factor, it still proved to be a shock series final as Andrea Begley beat Leah McFall to win the 2013 series.

Leah’s duet 'Bang Bang' with mentor will.i.am was another highly tweeted The Voice moment – we still can’t believe how good she was!

Just edging into the top ten tweeted about TV moments was when TV viewers saw the full force of 1D teen fangirling, watching the must-see Crazy About One Direction documentary.

While everyone over the age of 18 were shocked to the core at One Direction fans going absolutely bonkers, Directioners themselves took to Twitter to declare that they were being misrepresented.

​A fierce Twitter storm ensued with neither side backing down willingly.