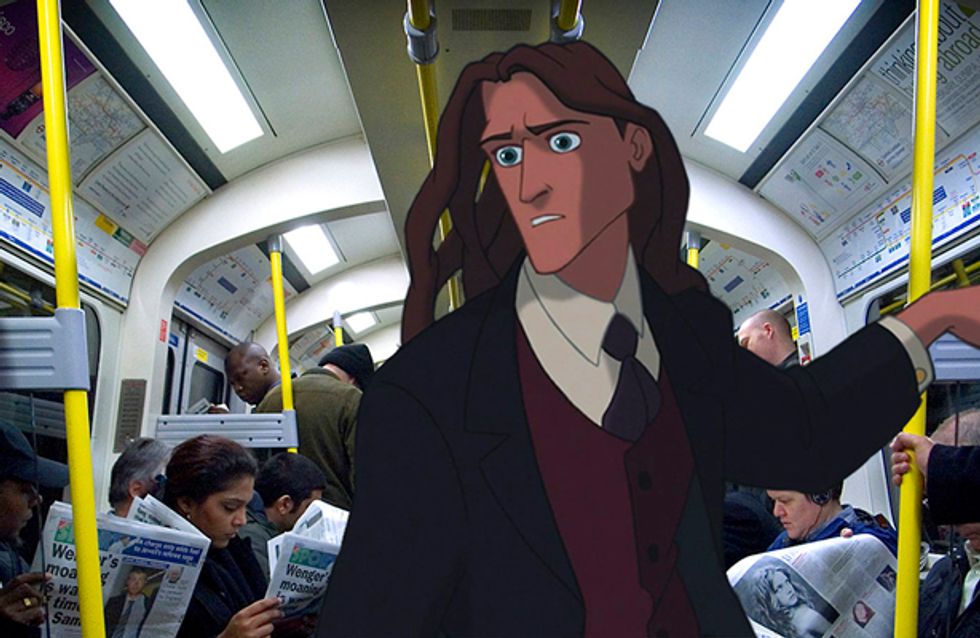 If you took the talking animals, mermaids and Princesses out of their fairytale worlds and into the modern day, where would it leave them? NYC-based animation storyboard artist Jeff Hong has answered that question with a series of fascinating (and thoroughly depressing) depictions of life for our favourite Disney characters if they were deprived of their happily ever after...

Sleeping Beauty harrassed at a bar

Winnie the Pooh outside the 100 Acre Wood

Simba in a zoo

Bambi on the wall

Alice out of Wonderland

Cinderella without a Fairy Godmother

Dumbo in the circus

Ariel in an oil spill

What do you think of this series? Tweet us @sofeminineUK!