Upcoming Game of Thrones Moments That Will Break The Internet 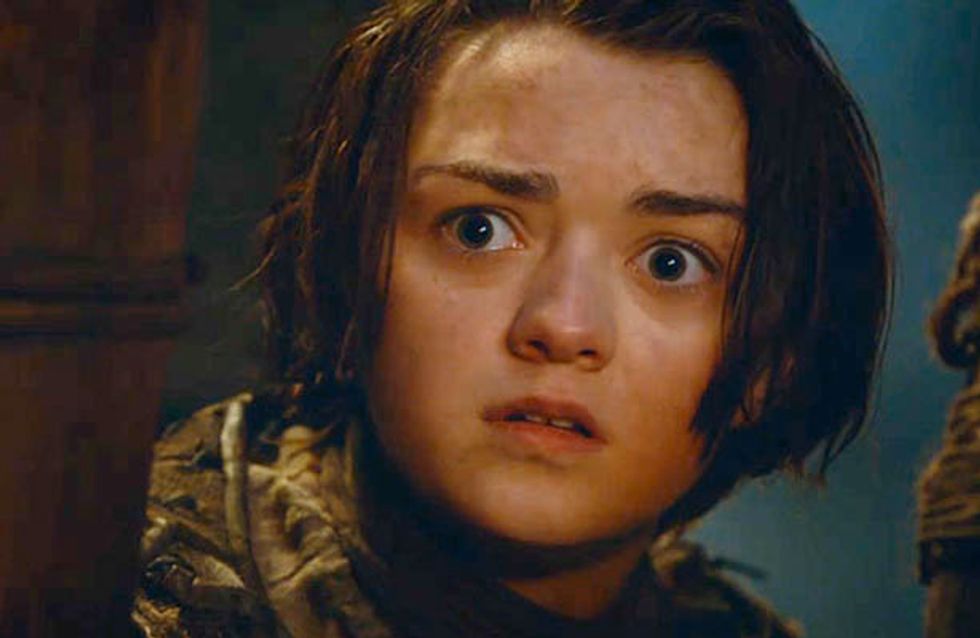 MAJOR SPOILERS AHEAD! Game of Thrones is notorious for doing the unexpected, including killing off our favourite characters. Ned, Drogo and Renly have all suffered at the hands of the author George RR Martin, and for heavens sake let’s not even go into the Red Wedding, a massacre from season three which shocked viewers to the core. Also special mention goes to Jaime Lannister’s hand. RIP. But be afraid GoT fans, because the shocks are not over…not over by a long shot…

Little Myrcella isn’t exactly a main character, but as Jaime and Cersei’s only daughter who is basically a complete sweetheart we weren't pleased to hear about this. However, war takes its toll, and rather her than Arya! Speaking of which...

It might be temporary, but you won’t know that if you haven’t read the books! Arya wakes up blind, though it turns out this is because of the milk she is drinking and she can see through the eyes of her wolf, just like Bran (every day we’re warging it).

Oberyn Martell is a cheeky fan favourite for his quick-wit and Inigo Montoyoesque desire for revenge against those who murdered his sister Elia. When fighting the party responsible, Gregor Clegane, Oberyn manages to wound him before he is killed himself. Since he’s also fighting to save Tyrion’s life (long story) we reckon his death is going to send GoT fans into overdrive.

Not Pod the rod! Whyyy?! Tyrion’s quiet squire who is loved by the ladies is seen hanging from a tree after having been judged an ally of House Lannister by Lady Stoneheart (for Gods sake Catelyn stop killing everyone we like!)

We don’t know if Brienne manages to save him, but since he doesn’t appear in A Dance with Dragons, we have to admit we’re expecting the worst.

Brienne is a fan FAVE, so we’re guessing no one is going to be too happy when she has a run in with the now undead Catelyn Stark and is hanged. Fortunately she shouts out a mysterious word, and appears briefly in the fifth book A Dance with Dragons, even though we have no idea how she managed to save herself.

Lysa Arryn is pretty stir crazy, and we don’t think anyone is especially going to miss her, but when Littlefinger pushes her through the moon door with the line “Only Cat” (the woman he truly loves), we think the shock will not be so much about how we loved a character that has now gone to meet the seven gods, but the ruthless lengths that Petyr will go to get what he wants.

We’re guessing this might be the season three finale – poor Catelyn Stark with her slit throat is brought back from the dead filled with heartless revenge, killing anyone she thinks betrayed her or her son. Sadly this might include a couple of beloved characters (sniff, Brienne and Pod). We reckon her reappearance is going to send Twitter into overdrive.

This wedding is basically the Empire Strikes Back of the Game of Thrones series. After watching all of our beloved character be slaughtered one-by-one, finally there’s a bit of justice when the universally hated Joffrey is poisoned at his own wedding feast and dies. We can’t wait because let’s face it – everyone wanted that little s*** gone!

We learnt in previous series that when Tyrion was a teenager he married a commoner called Tysha. It turned out that Tysha was just a hooker that his big brother Jaime had paid for, and his father had each of his soldiers sleep with Tysha whilst making Tyrion watch.

After Tyrion finds out that Tysha was in fact who she said she was and not a whore, naturally he goes into his father’s chambers and pretty much shoots him in the nuts in revenge. Oh, along with his new love Shae who he found in bed with his father. They definitely both deserved it though. Just look at Tywin in this clip...

At the end of the fifth book Jon is stabbed at least four times by his fellow Men of the Night’s Watch, who cry as they do it. (It’s a long story but they think it’s for the best, the fools). Jon’s part of the novel ends with him blacking out as he is stabbed over and over again. Will he be dead? Will he be brought back to life by the Red Priestess?

Let’s remain positive about this! However, after this episode airs, the internet is definitely, definitely going to explode. We’re already setting up our video cameras in preparation!