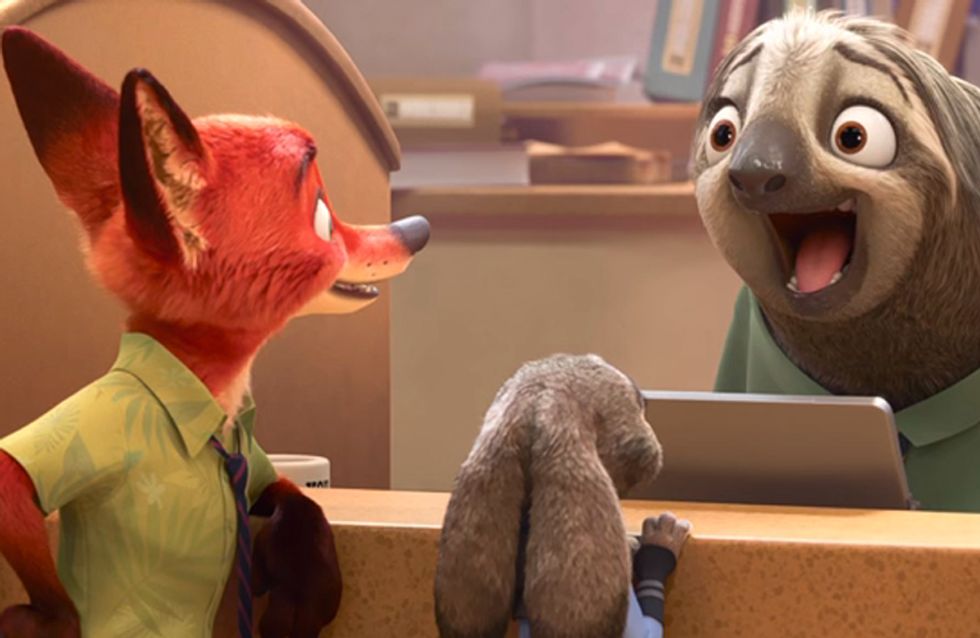 Animated Disney films have been on such a good run at the moment. From Big Hero 6 to Frozen, it seems like they can do no wrong as they have made us laugh, cry and get truly sick of the anthem of 6-year-olds everywhere: Let it go. Now the official trailer for their latest movie, Zootropolis is out, and we can't wait to watch!

The trailer sees a bunny named Judy Hopps move to the city of Zootropolis where animals big and small live happily together. She pairs up with sly fox Nick to solve a case and prove herself in the police force, but not everything quite goes to plan.

The official synopsis reads: "The modern mammal metropolis of Zootropolis is a city like no other. Comprised of habitat neighborhoods like ritzy Sahara Square and frigid Tundratown, it’s a melting pot where animals from every environment live together—a place where no matter what you are, from the biggest elephant to the smallest shrew, you can be anything.

"But when optimistic Officer Judy Hopps arrives, she discovers that being the first bunny on a police force of big, tough animals isn’t so easy. Determined to prove herself, she jumps at the opportunity to crack a case, even if it means partnering with a fast-talking, scam-artist fox, Nick Wilde, to solve the mystery."

We have to say we are sort of loving/dreading the scene with the sloth who works at the DMV. We feel your pain Judy!

The movie will be out in spring 2016, but will you be rushing to the cinema to watch? Tweet us @sofeminineUK!

WATCH: Benedict Cumberbatch Is The Biggest Supermodel In The World In The New Zoolander 2 Trailer