Home / Entertainment / News celebrities / WATCH: The Outlander Season Two Trailer Is Here And Jamie Is As Sexy As Ever

by Emmy Griffiths Published on 2 December 2015 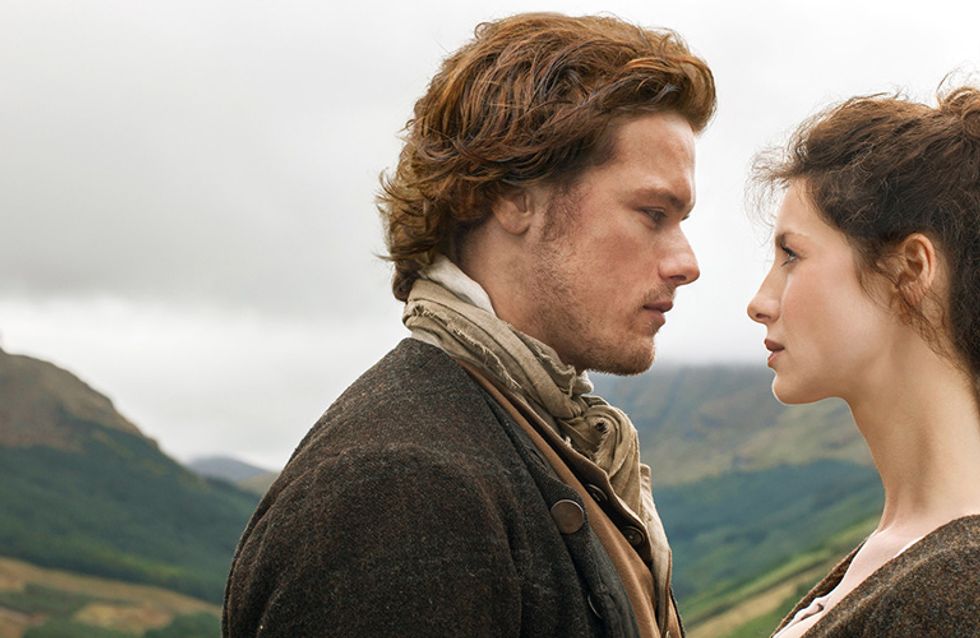 Everyone been practising their Gaelic? Brushing up on Scottish history knowledge? Placing hands sensually on rocks in the hopes of being transported back to the 1700s? Well, it's time to put your bilingual, historical and magical knowledge to good use, because Outlander is finally back with the season two trailer and it looks OH SO good.

To recap the events of last season, a pregnant Claire and beautiful, Calvin Klein hubby Jamie were on the run to France after breaking Jamie out of Wentworth Prison (but not before he undergoes some serious psychological and physical torture from the very bad, no-good Black Jack Randall).

So going from the trailer (which is only a measly one minute when we needed it to last FOREVER), it looks like Claire and Jamie safely reach France and decide to prevent the Battle of Culloden, an historical battle which kills all of Jamie's clan and ends the Highlander way of life forever, from there.

Naturally things can't be plain sailing because this show is 90% melodrama (AND WE LOVE EVERY MOMENT OF IT), so it looks like Claire and Jamie run into some troubles as we see a glimpse of Jamie in a passionate sword fight, the pair of them kneeling by a grave and a full of battle with redcoats. Naturally there looks like there will also a hella lot of steamy scenes, and we're not exactly complaining...

Although there isn't much insight into the storylines, one thing that can be said is that Claire's sense of fashion has boundlessly improved. Damn girl, those dresses.

This piece was written by Emmy Griffiths. Chat Gaelic to her @emmyfg!