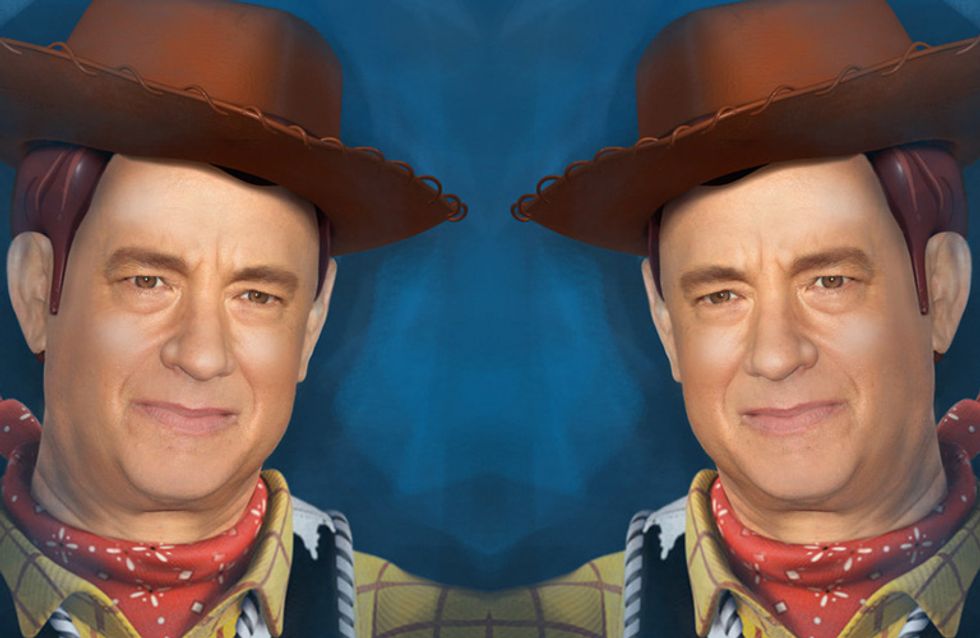 Have you ever wondered what Disney characters would look like if they were actually played by their voice actors in real life? We'll give you a hint: it's sort of hilarious. From Tom Hanks in a plastic cowboy hat to Emma Thompson rocking that medieval Scottish vibe, here are some amazing drawings of voice actors playing their character...

Buzzfeed's Crystal Roe created these amazing images and, although Tim Allen as Buzz Lightyear might haunt our dreams tonight, all of them are seriously BRILLIANT. Check it out...

Idina Menzel as Elsa from Frozen

Kristen Bell as Anna from Frozen

Mandy Moore as Rapunzel from Tangled