What Mrs Doubtfire Taught Us About Being A Horrible Parent

by Emmy Griffiths Published on 17 April 2014 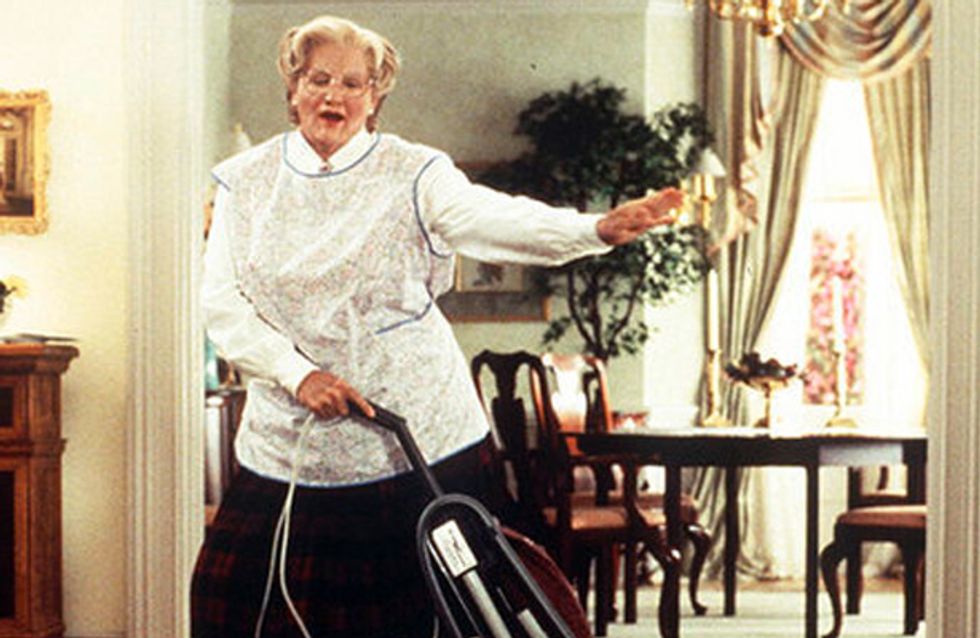 We all know the plot of Mrs Doubtfire. A newly divorced man dresses up as a woman to be his ex-wife’s housekeeper so he can continue seeing his children every day. Hilarity ensues. HOWEVER, in the light of the announcement that there will be a Mrs Doubtfire 2, isn’t it about time we all take off our rose-tinted glasses and look at Mrs Doubtfire for what it really was? A HOW-TO GUIDE FOR TERRIBLE PARENTING?

The dad immediately gets fired

The first thing that happens in Mrs Doubtfire is that Daniel (Robin Williams) gets fired, and the kids do not sound surprised when they hear about it. This wasn’t the first job Daniel had lost.

He throws a party and undermines his wife’s parenting

It is son Chris’s 12th Birthday, and mum Miranda says he is NOT to have a party on account of his grades.

Solution? Let’s just have a party before mum gets home!

Not only is the party BANNED, it’s a crazy farm animal party where the ANIMALS RUN WILD

EVEN THE POLICE SHOW UP

Have you ever heard the police show up at a 12-year-old’s birthday party? Partying hard should not become the norm at such a young age.

The mum KILLS the party

No dilly dallying, the mum comes home, switches off the music and screams at everyone. Party. Over. Kids. Embarrassed. Bad. Mother.

The pair scream at each other as the kids listen…not cool.

We’d lurve to hear more about how you want a divorce. By all means don’t wait till we’ve gone to bed.

He bad mouths their mother…in front of them

“How is the old battle axe? I’d hate to hear she came down with piles.” The poor little one with a lisp who is also Matilda gets so sad.

This isn’t at all emotionally scarring. IN OPPOSITE WORLD.

HIS CHILDREN THINK THEIR FATHER IS A WOMAN

Can anything be the same after this? Will they ever be able to shake off the image of their father with boobs again?

Once the dad becomes Mrs Doubtfire, he becomes a tyrant. A TYRANT.

Whilst Daniel the dad is cool and fun, Mrs Doubtfire makes them polish all of the candlesticks and scrub the house on their hands and knees. WHO DOES THAT?!

The mum moves on QUICKLY

It’s not all the cross-dressing fraudulent father – mum Miranda has no problem moving on with Pierce Brosnan. Have the divorce papers even been written yet?!

The kids find out the truth in the most awkward way

Walking in on your dad dressed as a woman without your knowledge as they pee standing up and seeing everything…parent of the year right there.

He tries to poison his ex-wife’s new boyfriend

Daniel shoves pepper on poor allergic Pierce Brosnan’s food. The moment Pierce started choking, the kids must have known, right?! What is this teaching?! MURDER?!

Is anyone else wondering how they handled this whole divorce without going crazy?! We’re thinking Matilda is going to have some serious issues during her teen years.

What are they going to teach the kids in Mrs Doubtfire 2? Arson? Tweet us @sofeminineUK