What Will Kate and Will Name Baby No. 2? 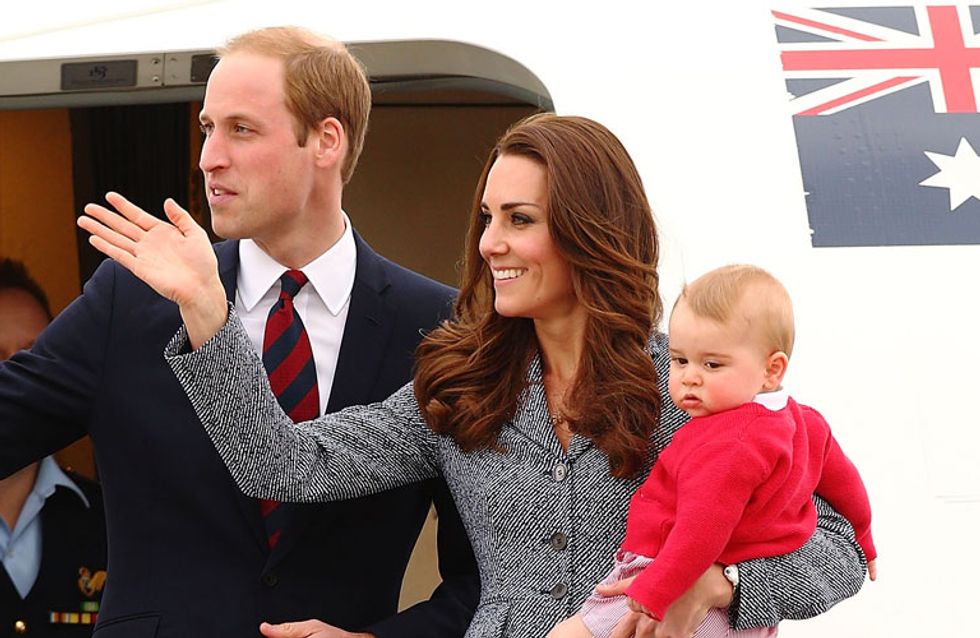 It's official! Prince William and Kate Middleton are expecting their second child in April. So what will they name the new royal tot? There is already lots of speculation as to what the name will be, and in case you have a hunch (or are just super lucky), turns out you can bet on it. Get all the details on how to profit from the royal couple's bun in the oven below.

When you think of betting you probably think of putting money on the footy or a day at the races, but guess what? You can also bet on the name of the future cutest baby in England. In fact, you can actually bet on all sorts of things when it comes to the royal family:

But nothing is as fun as betting on the name of the lil' nugget that will make the world swoon come spring. Believe it or not, it's actually a booming business. Leading up to lil' George's birth, over £14 million in bets were placed on the odds of the baby's sex, name, birthday, etc. This time around, they are expecting the pool on baby no. 2's name to be the largest "novelty" pool of the year. "Novelty" pools are based on personal opinion, which means the bookmakers' odds are not based on statistics but popular estimates. Often this means higher risks, which means higher rewards.

Here are the front runners for the baby names so far. Let's take a quick look at some of the highlights. Hope you're a fan of Game of Thrones:

Given it's the great grandmother's name, it makes sense Elizabeth is currently the most likely name for the future royal baby. Little Lizzie Jr.: low risk, low payout, high probability of winning.

It is the great grandfather's name and also the most popular boy's name in the bunch. Since they already had a boy looks like the public is betting that it's more likely they will have a girl this time around.

The thought of having a little William or Kate Jr. running around is just too cute to bear. Alas, the odds are only so-so that we get one of their mini me's come April.

Given that she was the one who had the affair with Prince Charles when he was married to Diana, this would be quite the controversial choice. Besides, girlfriend wears way too many feathers in her hats. Less is more, Camilla.

If the baby also ends up being one of the best drummers of all time that would be pretty sweet, otherwise it just sounds silly.

Honestly, if anybody was able to actually birth the mother of dragons it would be Kate Middleton.

Here's the complete list of all the names in the running, good luck!

What do you think Kate and Wills will call their new baby? Tweet at us! @sofeminineUK