Leonardo DiCaprio is reportedly battling private turmoil due to the disappearance of his stepbrother Adam Farrar, who has been missing for the past month. The 39-year-old actor is considering putting everything on hold in an effort to find his lost sibling, despite the fact his new film Wolf Of Wall Street – directed by Martin Scorsese – is about to be released.

Leonardo DiCaprio is said to be in crisis following the disappearance of his stepbrother Adam Farrar, who is also an actor.

Adam has reportedly not been in contact with friends or family for the past month, after serving a three-week jail term for theft and breaking probation.

A family friend told The Sun: “Leo has tried to stick by him but their relationship has become more difficult in recent years. We are all worried about Adam.”

It was Adam who first inspired his Oscar-nominated brother to get into acting as children, previously admitting: “He [Leo] saw all the attention I was getting and, obviously, we were aware of the money factor, so he followed.”

But as Leo’s star has ascended, it's claimed his stepbrother had a number of run-ins with the law which caused his career to stall.

As Leonardo starred in a string of box office blockbusters including Titanic, Inception and The Great Gatsby, Adam appeared in court on charges of harassment, possession of a controlled substance, driving without a licence and domestic violence. 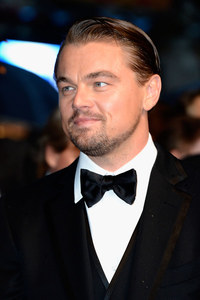 Despite their very different lives, in their twenties and early thirties the pair were inseparable and regularly seen together on the Hollywood nightclub scene.

The pal continued: “They were brothers and best friends rolled into one. Adam was Leo’s hero too and very influential in his early years.

“Then, when Leo became so famous, Adam took it upon himself to be the protective older brother and would always have his back when they were out in Hollywood clubs.

“But in recent years it has become hard for Leo to maintain their relationship. Adam has been in and out of prison and has gone on another path in life that makes it tough for Leo to remain at his side.

“Now Leo just hopes he can sort himself out.”

Leonardo is said to be heartbroken at the way things have worked out for his brother, and completely devastated that he’s now missing.

So much so that Leo is keen to drop all work commitments in a bid to help his lost sibling.

But this might not be possible as his highly anticipated new movie Wolf Of Wall Street has just been released, and the Hollywood star is contractually bound to fulfil all promotional duties.

Last night was the world premiere for the film in Paris at the Cinema Gaumont Opera, and Leonardo dutifully turned up alongside director Martin Scorsese and co-star Jean Dujardin.

Although Leo made an appearance, he barely managed to raise a smile all evening, and now he plans to take a break from acting while he considers his future.

We hope Leo's brother Adam is found safe and sound.​

Did you realise Leo had a stepbrother? Tweet us @sofeminineUK.