by Emmy Griffiths Published on 30 September 2015 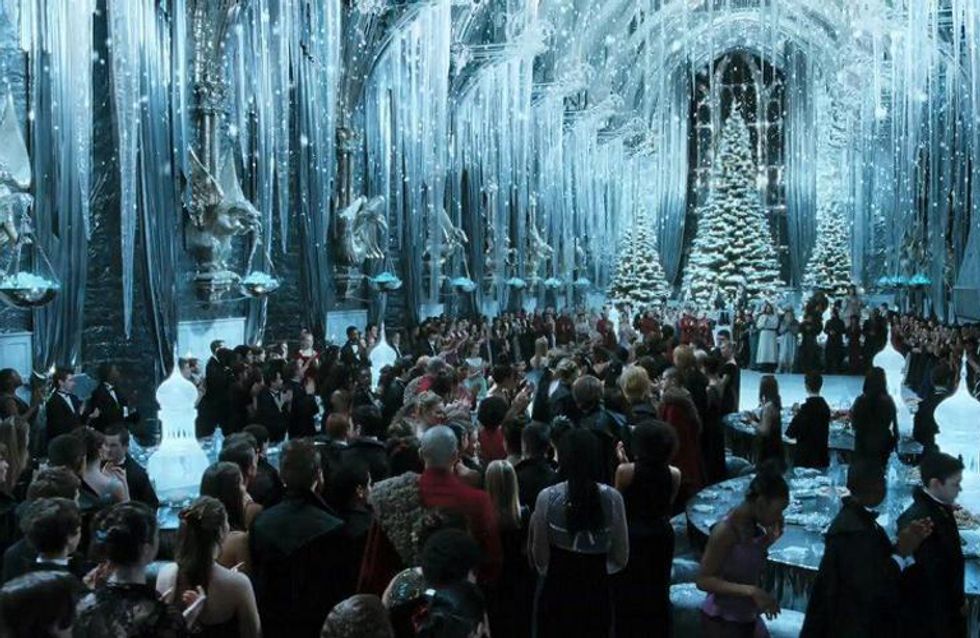 You know when you were 11 and you were devastated that your letter from Hogwarts didn’t arrive, what was it that upset you the most? For us, it was the idea that those glorious Hogwarts feasts in the Great Hall would always be just a literary dream. Well not any more! The Warner Bros’ Studio Tour has just announced that they will be holding a Christmas feast in the Great Hall, and we are running for tickets faster than Snape confronted with a bottle of shampoo…

For a mere £200 (SAY WHAT) you will get to dine in the hallowed halls of Hogwarts, receiving a two-course Hogwarts themed dinner with all the Butterbeer you can drink and be gifted with a wand originally belonging to Harry, Hermione, Ron, Voldemort or Dumbledore (Dumbledore’s being the Elder Wand, just FYI). However, we all know the wand chooses the wizard so don’t complain if you end up with Voldy’s!

Since Christmas is always a time for *D*R*A*M*A* at Hogwarts, be prepared for some worrying developments, from trolls in the dungeons to thirteen sat at your table, the ultimate omen of bad luck.

You’ll also be able to check out the rest of the studio tour as well, once you’re all full and happy from the feast. Although we know £200 is a bit hefty for the price of a delicious dinner, this description of Hogwarts dindins from book one has up setting up a Hogwarts dinner payment plan:

"Harry had never in all his life had such a Christmas dinner. A hundred fat, roast turkeys; mountains of roast and boiled potatoes; platters of chipolatas; tureens of buttered peas, silver boats of thick, rich gravy and cranberry sauce - and stacks of wizard crackers every few feet along the table...Harry pulled a wizard cracker with Fred and it didn't just bang, it went off with a blast like a cannon and engulfed them all in a cloud of blue smoke, while from the inside exploded a rear admiral's hat and several live, white mice. Up at the High Table, Dumbledore had swapped his pointed wizard's hat for a flowered bonnet, and was chuckling merrily at a joke Professor Flitwick had just read him."

SHUT UP AND TAKE OUR MONEY.