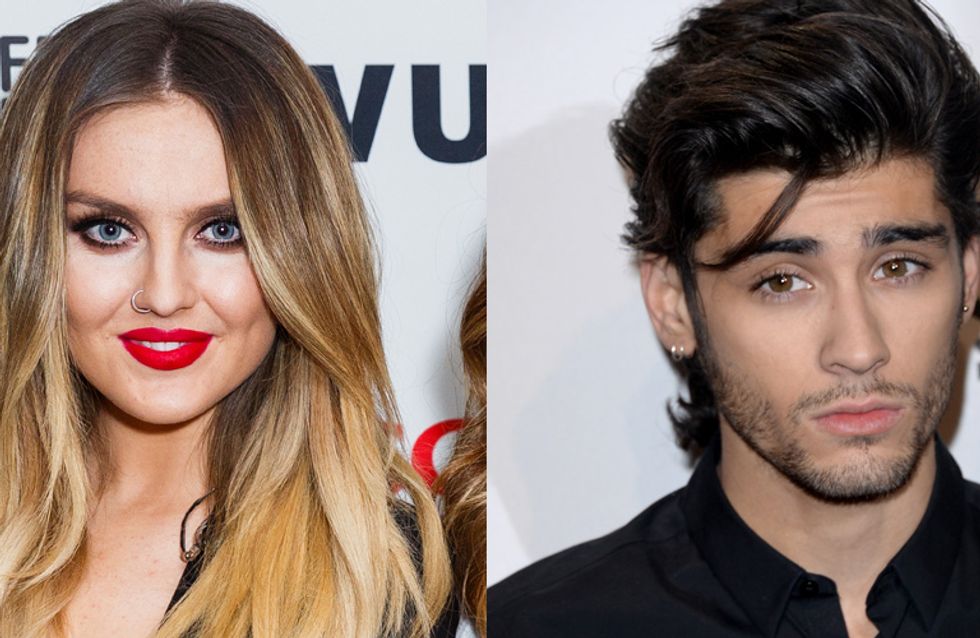 According to People magazine, Zayn Malik has ended his engagement with Perrie Edwards, leaving her “devastated”. The pair, both 22, had been together since 2012, and got engaged in August 2013. Why does love never last? We are devastated right now.

The source claimed that Little Mix band member Perrie Edwards was devastated by Zayn’s decision, saying: “she’s been putting on a brave face, as Little Mix have had promotion to do, but she’s obviously devastated.”

“Perrie’s being supported by her bandmates, but she’s really in pieces about this.”

Ah Perrie! Forget about him, he dyes his hair green! You deserve someone who would never dye their hair green!

The 22-year-old was questioned about it in an interview on Tuesday, simply responding to how she was feeling with: “I’m good, thank you”, as her fellow bandmate Leigh-Anne Pinnock said: “We don’t really want to talk about it,” with Jade Thirlwall chiming in: “We’re here to get our nails done!”

Nice one girls. Now go and get her really, really drunk.

Zayn, on the other hand, seems to be handling the break up reasonably well, and tweeted:

High for this ... Weekend tune on a Tuesday ha

Hmph. As you can imagine, Directioners had their own (hyperbolic) reactions to the split, especially as it happened in the same week that Louis Tomlinson confirmed that he is going to be a father:

this year: "Zayn left the band" "Briana is pregnant" "Louis confirmed he's a dad" "Zayn and Perrie are over" me: pic.twitter.com/CHRbsFCpxt

"Zayn and Perrie are over" "Louis confirmed he's a dad" The fandom right now #1DonGMA pic.twitter.com/ODpfA9hDaY

louis confirming becoming a dad and zayn ending the engagement to perrie all in one day pic.twitter.com/k8ao53qgME

me when i found out that perrie and zayn broke up pic.twitter.com/Wyium1yYPa

What do you think about the split? Tweet us @sofeminineUK!

QUIZ: Which Benedict Cumberbatch Character Should You End Up With?