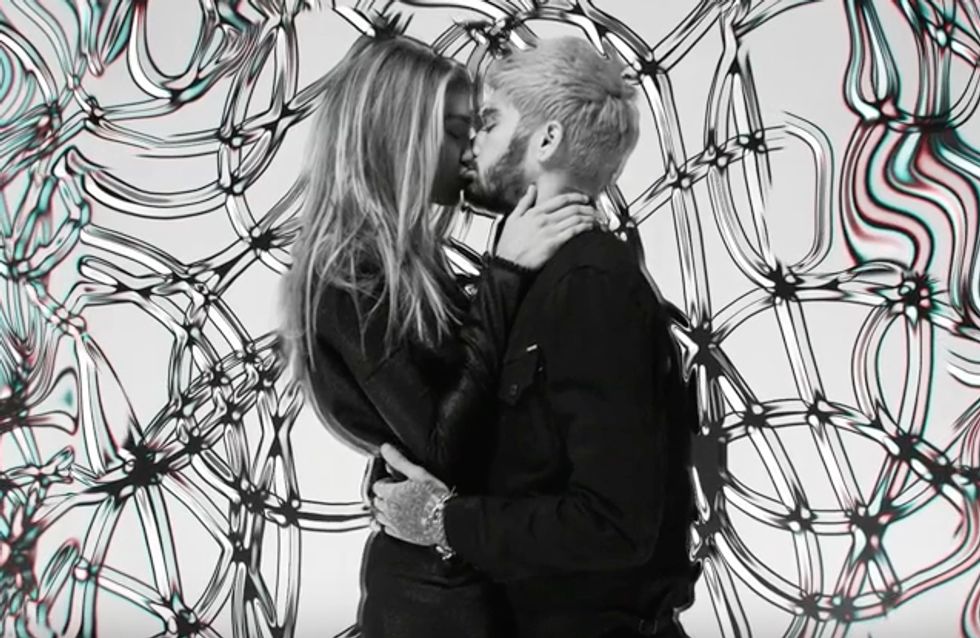 One Direction fans and regular people alike have been anticipating the release of Zayn Malik's new solo single for a while now, but today it FINALLY arrived. And boy, he does not disappoint. Zayn's first foray into the murky waters of solo-dom have seen him emerge, clean, fresh and victorious, and ready to make music that people wanna do it to.

Since leaving One Direction, Zayn has travelled along a different course when it comes to his music. What course that would be was indeterminable, because that boy is secretive. In his numerous interviews since leaving the band, he's been quoted as being keen to step away from the music that made him famous, saying he wanted to make more RnB-inspired music, the kind that he himself would want to listen to.

And now that we've heard Pillowtalk, we can confirm that ​it's music that we're ALL going to want to listen to. All day, errry day. It couldn't be further away from the 1D sound he stepped away from last year. This is a slow, thumping, sexy anthem, dedicated to doin' it. The video - featuring "good friend" Gigi Hadid (you're fooling no one, Zayn!) - is equally as sexy: there's Zayn and Gigi crying blood, full frontal snogging, shoving and, er... vagina flowers. It's pretty much guaranteed to be a song on the next Fifty Shades soundtrack.

Zayn's first foray into solo artistry could not be more different than his ​work with One Direction. Pillowtalk is a milestone in Zayn's musical career; it's catchy, and terribly adult. He's been working in America on his album with Wu-Tang rapper Method Man and Malay, who produced Frank Ocean's wildly popular album Channel Orange. Luckily for fans who have missed the singer's input in the charts recently, the album, named perhaps not-so-tactfully 'Mind of Mine', will be released in March.
​

Do you like Zayn's new single? Let us know! @sofeminineUK