Home / Women in Focus / Personal Life / BFF Break Up: How To Dump Your Girlfriends As Painlessly As Possible

BFF Break Up: How To Dump Your Girlfriends As Painlessly As Possible 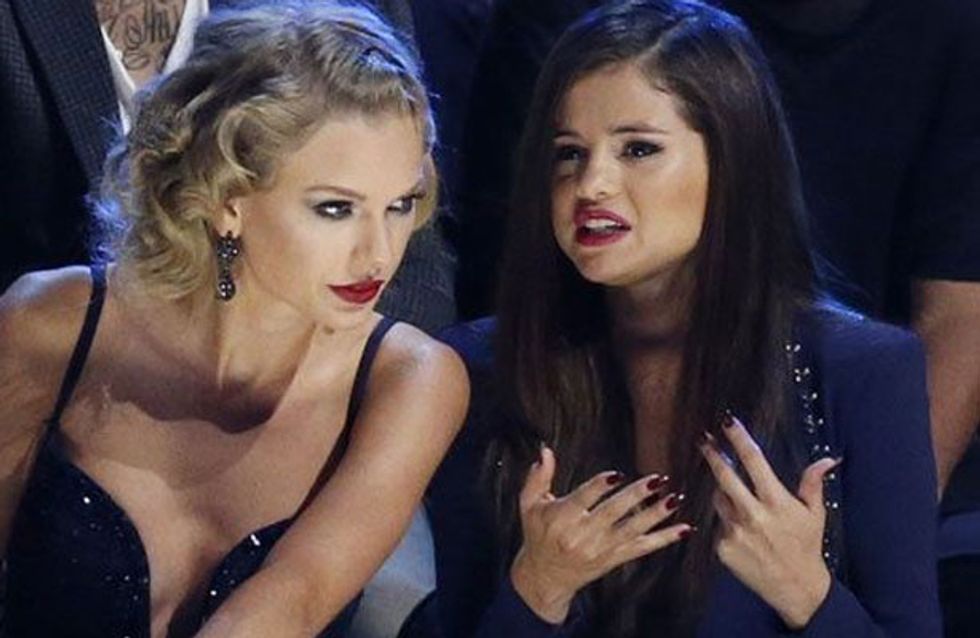 It can be extremely difficult to let girlfriends go. Are you even supposed to? Can't you just talk and work it out? While we hate to sound like cynics, sometimes the best solution is to cut your losses and keep on truckin'. If you don't have the heart to do it bluntly, here are a few tips that will help you dump your gal pal with minimal damage.

First things first: what exactly warrants a break-up with a friend? In all honesty, it's hardly ever as clear cut as ending romantic relationships. In fact, in some cases, your girl has been there longer than any guy has (can we get a f*ck yeah?!). That alone makes the decision to cross her out of your life an unbearable task.

When you finally do come to that fork in the road, it's almost impossible not to go head to head with your emotions and feel like a worthless traitor. But just know you're not.

Here's a reality check: people grow apart and manage to merrily skip along different paths in life. Yeah, shit does happen. And guess what? The world continues to turn.

Whether you no longer have fun with each other, can't stand her crazy new lifestyle or simply can't forgive something she's done (hey, we've all been there), you'll instinctually know when it's time to throw in the towel on your friendship. Liberating yourself from a negative BFF could just be the best thing you've ever done. A sour friendship is a major drain on your wellbeing - wouldn't you rather spend that energy on having fun?

While it may sting to see her go, rest assured "this too shall pass".

Here's how you can dump your girlfriends as painlessly as possible. Get ready to say goodbye to your ex BFF.

Make no mistake, it IS personal

There's no way to avoid it being personal. Not only have you been friends for years, but you've seen each other through the roughest times in life. Choosing to void your relationship is a very sensitive subject. Your emotions are undoubtedly involved on a number of levels.

But if you've decided that she no longer has a place in your life, you have to get a hold of your feelings. Be clean, swift and meticulous.

It's best to not be passive aggressive

Sure, ignoring her calls and hoping she eventually gets the picture is an easy route to take. It's also called a cop-out. If she truly values your friendship, she'll confront you at some point.

So what to do instead? Sit down and have a heart to heart chat. Explain that you feel sad that your friendship isn't what it used to be and that maybe you should give each other some space. Be clear without being cruel, that way, there's no mistaking how you both feel. You can move on with a clean conscience and a peace of mind.

It doesn't have to get nasty

It can easily get nasty (i.e. buckets of tears, yelling and name calling). But it doesn't have to. You still have tons of love for her, and that's something you should mention in your discussion. It's not that you think she's an awful person (unless you do... but that's another issue for another day), it's just that your lives are heading in opposite directions.

After you've decided to go your separate ways, don't even think of purposely trying to make her jealous. Why would you even want to do that?

Bragging about your new best friend immediately after can come across as tactless (which, by the way, how the heck did you manage to get another one so fast?). Keep your friendship break-up cute.

Just because you two aren't as close as you used to be, doesn't mean you can't act like civilized adults. If you see a picture of her looking fantastic, it's okay to let her know you love it. We promise. Don't turn her into a sworn enemy now that you're not officially no longer BFFs.

Have you ever broken up with your girlfriends? How did it go? Tweet us @sofeminineUK