The Drunk Eater? The Emotional Wreck? 20 Types Of Drunk Every Woman Knows

by Vivian KELLY Published on 6 June 2014 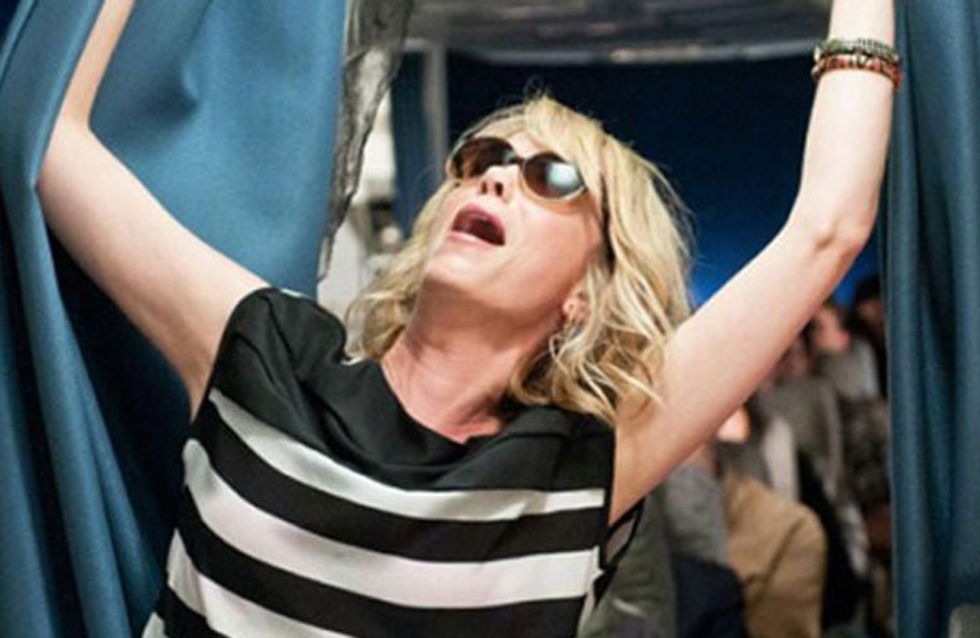 On a girl's night out it's inevitable that after a few burning shots we're channeling our inner crazy. Whether you're the reckless drunk that plays in traffic, the poorly girl with her head down the toilet or the socialite that knows how to get the party started, you know it's going to be a night to laugh over tomorrow. Once we start drinking, it's game over. Here are 20 types of drunk gals we can definitely all relate to...

Once this drunk girl gets shwasted she’s her own version of Dora the Explorer. Only, she loses all sense of ‘staying together’ and usually starts talking to everyone at the bar about complete utter nonsense. Why these these two characteristics go hand in hand - we don’t know. But, it’s probably because no one wants to hear the word vomit. Next thing you know, she's chilling by the bins.

This is the girl you AVOID going out with. No offence to girls who like a good cry, but when this type of drunk girl gets inebriated she almost instantly spirals into sadness. Whether it’s over her ex-boyfriend, crappy job, someone who accidentally stomped on her toes or loosing her favourite lipstick, this girl cannot hold back a tear. She'll hyperventilate, drunk text for help or pass out cold for attention. And the others? We have to be there for her, patting her back, saying it's OK and basically acting like we give a damn. BURDEN is all we're saying.

This girl will tell you that the best part of a girl’s night out is the chicken kebab she gorges on afterwards. Doesn’t matter where she is or who she’s with, the girl needs food in her belly, now. It’s like a switch that goes off - chips, kebab, pizza. (And she wonders why diets never work...)

Based on her x-rated actions, we're not really sure whether she loses confidence when she’s drunk or gains it, but whatever it is, she's the one that gets ratchet ass crazy. She's the drunk girl who ends up going home with someone else - a total lost cause. And when she's back, she blames it on the alcohol. Standard drunk girl behaviour.

Most of us wouldn't mind being this type of drunk girl. She’s smiley, fun and totally into it. She knows the lyrics to every song and has the best dance moves out there (without looking too much like a whore). She’s usually in her own little world, high on life and burning the dance floor or top of the bar. And guys love her.

6. The one in the gutter

Pretty self-explanatory, but this chick has NO tolerance to alcohol whatsoever nor does she know when to STOP. A glass of wine and she’s clearly already feeling it. Two glasses and she’s slurring her words and chatting incoherent BS. Three and she’s got her head down the toilet or worse, she's blacked out. She’s a bit of a hit or miss to bring out, but she’s still fun for as long as she's conscious. Usually the first member to provide entertainment while things still haven’t quite kicked off.

But not in a butch kinda way (although she's pretty close). The beast is the drunk girl that most people don’t want to mess with and for most of us, would rather just avoid all together. She loses her sh*t with everyone she comes across and loves to pick a fight. In fact, you better hope she doesn't get arrested with this kind of attitude. Whether the barman’s too slow, you've taken "way too long" in the toilets or someone accidentally "shoves" into her, you better hope she doesn't go cray cray on you.

Her main priority? Pre-gaming, drinking, and oh yea, DRINKING. The amount of times she’ll persuade you to go to the bar with her even makes Lindsay Lohan look good! She'll reel you in by claiming to buy you a shot if you tag along. She's the drunk girl who breaks the golden seal first and is usually found on the street taking a wee. She's a straight shot sipper and no one can understand how she can consume these ridiculous amounts. Most nights she'll coerce you into getting SHIT FACED so she can have her wicked way at the bar. Lets just say, light weights and heavy weights don’t mix.

This girl is all about RESPECT. She’s a super sweet in the day, but if she’s had a mixer or two you'd better not piss her off. She also doubles up as the philosopher of the group so always knows the best advice to give. Finger snaps, smart arse comments and not afraid to make a statement - she’s also the one to stick up for her friends when douche bags approach. Boys - you've been warned.

She’s not a complete whore bag, but does like to cling onto every man she sees. Desperate for some attention, she’ll even leave her friends for a guy and is well known as a stage five clinger amongst males. She tends to be pretty embarrassing too, when she’s downed a few drinks her desperado intentions are as clear as water. Cringe doesn't even cover it.

Girls go out to have fun and let loose (okay and maybe to go a little bit insane). The bore, well, there’s hardly anything interesting to say about this person, even writing about them is a DRAG. These drunk girls only have one drink, dance (but it's more like swaying) and never get batsh*t crazy. THEN come 1am they bloody disappear! Where’d she go? Back home, in bed, watching a film. *Yawn. Sadly, no one really notices she’s gone.

She's probably the one out of your girlfriends who you fight with the most and for good reason! When she’s wasted she breaks ALL girl rules and runs off with some guy she met only 10 minutes ago, leaving you by yourself. She’s also the GF who befriends all your worst enemies and runs up to them as if they're the most amazing people ever. She’ll even ditch you for them. In her immature mind, its all about numbers and popularity and it shows when she’s liquored up. We're just not sure whether to feel sorry for her or not.

Someone has to do it! She's our very own Mary Poppins, who's pretty much your go-to for EVERYTHING. She’s around whenever you need her, like a personal first aid to you and your friends. So if ever you've had too much, she'll be there to hold your hair up and tuck you into bed. She's a bit like The Bore but with a purpose. We're lucky to have her really.

When she says she ain't drinking, you know that’s code for “I’m mooching off whatever you’re bringing”. She’s the gal that never has enough change or purposely doesn’t bring cash. So by the time you get served at the bar it’s too much effort to abandon the line and go to the nearest cash point. You kinda resent her and you’re pretty damn sick of her crap (only a matter of time before you go off on one). If you ain’t got money take your broke ass home girl.

You either love her or hate her! Unless you’re a tobacco zombie too, you kinda dread being around this type of chick. She loves puffing away her pack of ciggys (that she especially bought for the night), lighting other people’s fags for them and making new friends. The non smokers? We HATE our hair smelling like an ash tray, it's WAY too cold outside for our liking (hello dress and heels?) and we couldn't REALLY care less about meeting other chain smokers either.

Funny how the truth comes out when you’re drunk. Every time this girl gets drunk you can almost see her green-eyed jealousy. Whether she’s insulting your 'bulging stomach', your 'flat arse' or your 'wild choice of lipstick' this girl isn’t interested in helping you look and feel great, she’s a straight up JEALOUS b*tch that most of us rather not associate with. Who invited her anyway?

Once she lets go of her inhibitions and the alcohol passes her lips there’s NO stopping this one. She’s a mixed breed of The Attention Seeker and The Floozy, only, she’s already tied up with a boyfriend at home. And she doesn't want to know about it either. If she can’t remember as far as she cares, it DIDN'T happen. (Despite the video footage or photographs.) Life in denial.

This is the girl who can’t leave your side (and we’re not talking in a best friend kinda way). She's obsessed with YOU and wants to be with you 24/7. She copies your style, laughs at all your jokes and even tries to finish your sentences. Chill out.

Clearly, the one with NO sense of style. She's the drunk girl that doesn't think about what she's gonna wear (or thinks way too hard about it) and slaps on a face full of make up that most resembles a scary clown. A neon dress? Ripped tights? And full on glittered eyes? *Hint. You look like a hooker. Stop trying so damn hard!

The drunk girl you run into in the toilets and starts complimenting every single piece of fabric you have on. “OMG. I love your dress. Where’s it from? Your hair looks fabulous! What lipstick shade is that? It looks amazing on you!” Girls go three ways when they’re drunk - they’re either seriously jealous, seriously judgmental or seriously idolising every single girl they lock eyes with.

Which drunk girl do you turn into? Tweet us @sofeminineUK!

Stage-Five Clingers? Drunk Eating? Naps? 21 Stages Girls Go Through On A Night Out