Home / Parenting / Pregnancy / Can You Predict The Sex Of Your Baby? We Put These Theories To The Test

Can You Predict The Sex Of Your Baby? We Put These Theories To The Test 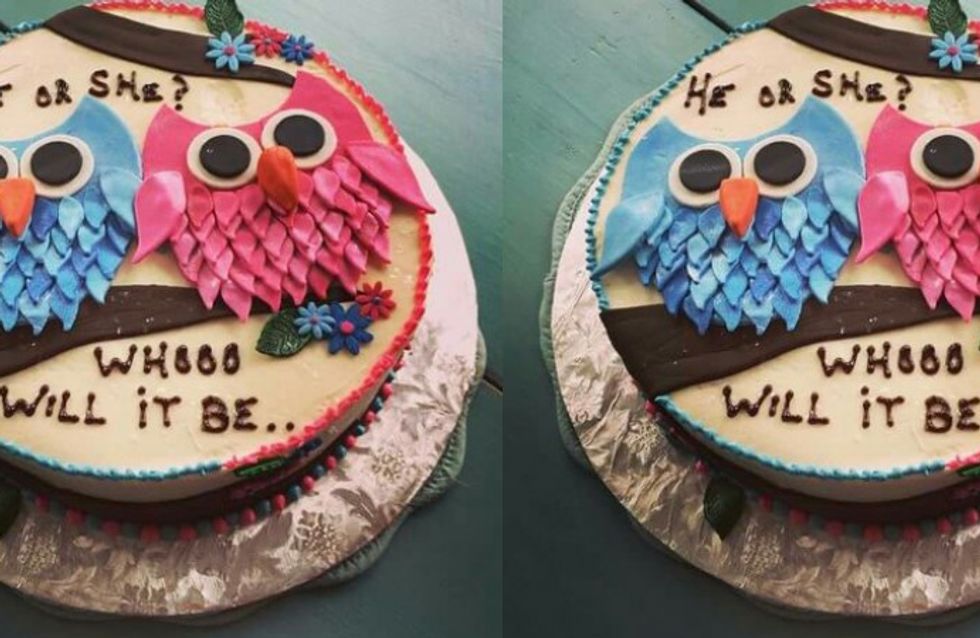 To keep the sex of your baby a mystery until the birth is one of the biggest exercises in self restraint known to man. It’s an impressive feat. Everything you buy has to be gender neutral and, let’s face it, you always have a favourite sex in mind. There are plenty of ways we women like to guess at the sex before the scan, so we spoke to an expert about whether these are reliable.

There are certain superstitions, or ‘theories’, that women use to help guess the sex of their baby before they have their scan. We spoke to Dr Penelope Law, consultant obstetrician and gynaecologist at The Portland Hospital for Women and Children, to help determine whether we can actually put any trust in these theories.

This is looking at our genetics to see if we could predict the likelihood of our babies inheriting particular traits. These tests can help to determine what colour hair your baby will have, their eye colour, if they have dimples, if they have an allergies, and so on. For instance, if both you and your partner have blue eyes, it is likely that they will also have blue eyes, or a small chance they could be green. Dr Law says that whether you have a boy or a girl is all down to your partner: we as human females do not influence gender. It remains a random selection, which is consistent in the UK and USA at roughly 50:50. In the UK, the number of boys born to girls is about 105.2 boys to every 100 girls, and has been that way since around 1982.

Dr Law also interestingly notes​: "The are some studies with mice that show that a diet high in saturated fats and low in carbohydrates favours a male foetus, but this has not been shown in humans. So gender specification remains determined by the male sperm."

Position of the baby

​Unfortunately, Dr Law says there's no evidence that the bump positioning is a sign of the sex of your baby. She says: "Your bump is actually determined by the position and size of your baby together with the tautness of your abdominal muscles. If your baby is breech and thus the head is nearer your stomach your bump may stick out a little more. If your baby is oblique or transverse in position your bump may look more rounded. A larger baby (more common if the baby has a larger dad) will also tend to have a larger, more out front bump. There is no scientific evidence that the position of your bump lends itself to either male or female."

From around the 11th week, your baby - still teeny tiny - will have a ‘nub’ where the genitals will eventually develop. Male and female nubs look really, really similar at this stage but some people say it’s possible to differentiate between male and female nubs, but only if your baby is lying in a specific position - lying on their side. Then you find the nub, and see at which angle it dangles, as it were. According to the theory, if the nub points upwards by 30 degrees or more it’s a boy, and if it’s less than 30 degrees it’s a girl. Dr Law says on this: "There are no evaluated studies to confirm this theory. A very experienced Foetal Medicine Specialist may be able to predict gender at this stage, from an ultrasound - it is not accurate and certainly not something that is looked for in a 12 week scan.

It’s simple: look at your ultrasound. If the skull looks larger and squarer, it means you’re having a boy. If the baby looks like it’s got a rounder skull, it’s a girl. But, if you’ve ever seen a ultrasound scan, you’ll know how grainy they can be. It can be hard to determine anything from them! So it would depend on how the baby is lying and whether you’ve got a clear view of them. Again, Dr Law quashes this theory: "There is no evidence that boys have larger more boxy forehead that girls who are supposed to have more rounded foreheads. The odds are pretty much still 50:50 at this point."

As Dr Law says, it is important to note that there’s no certainty behind any of these methods: they are purely just for fun. Dr Law also notes, however, that if you really do want to know, you should enquire about a Harmony Test. This is a blood test plus an ultrasound that can detect foetal DNA in the mother's blood sample, and not only let you know the sex of your baby but also exclude common inherited abnormalities. This can now be done at 11 weeks. These are available privately at the moment - you can get them at the Foetal Medicine Centre or The Portland Hospital - but the NHS is looking to offer these non-invasive tests in the future.

​What do you make of these theories? Let us know! @sofeminineUK

​Time To Call The Midwife: The Ultimate Guide To Your All Your Antenatal Check Ups

10 Reactions People Have When You Tell Them You're Preggo​​​​​