Mood Swings Every Mum-to-Be Will Have During Pregnancy

by Emma Goddard Published on 24 January 2015 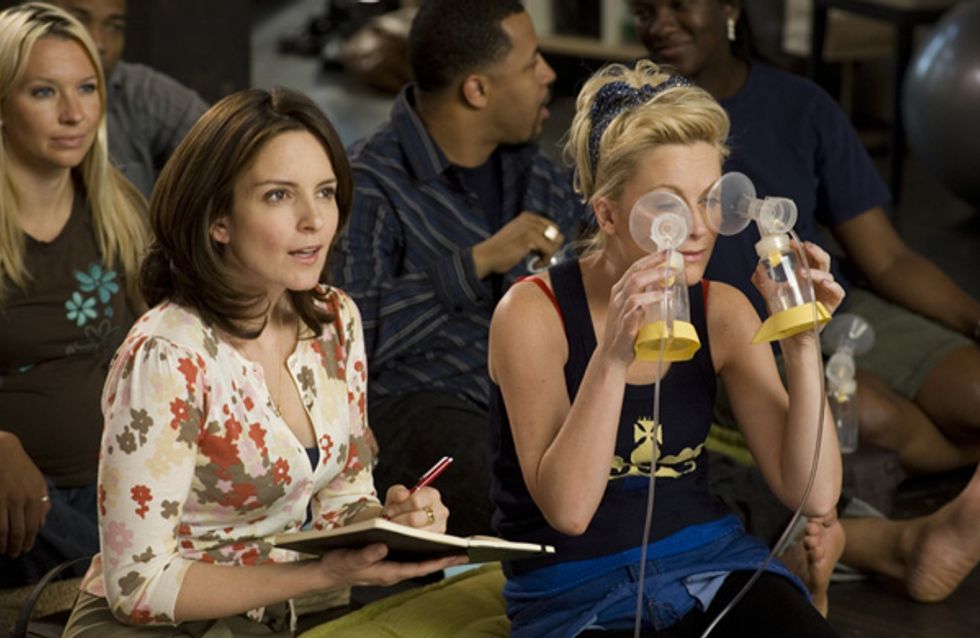 One day, you're sitting at the office going about your work and everything is fine. The next you're sitting under a pile of tissues bawling over a video you just watched of a cat playing with a dog. OK, so the latter might be the storyline of Kristen Bell's Galaxy Tab S commercial, but even so, the drastic change between both scenarios is what women who are pregnant go through for nine months: mood swings.

Not something that can be controlled, the emotional roller coaster you experience as a mum-to-be is completely normal and not to be feared. In fact, all pregnant women experience these hormonal changes though they're all feeling different things. So typically, during your first trimester and toward the end of your third trimester (when those mood swings are at their high points), you might be experiencing these varying emotions:

Feeling upset, even over the most minute things, is extremely common in women both during and after a pregnancy. While some future mothers simply experience sadness in phases, never knowing when the mood will change, others can actually experience depression. Also known as perinatal depression, it is "one of the most common complications during and after pregnancy," and "tiredness, problems sleeping, stronger emotional reactions, hormonal changes, and changes in body weight" can be symptoms of depression, according to the University of North Carolina Chapel Hill's School of Medicine.

"I was very sensitive and when I was in an argument I would feel very vulnerable and guilty that I would just cry. Also, since I felt like I did something wrong, sometimes I would feel like keeping the baby was not the right decision." - Angelica Cruz, 22

"Your body is undergoing so many changes (both physically and emotionally) and with all of the hormones raging through your body, it is so weird that the smallest thing can set you off in a tizzy or bring you to tears! And the mood swings continue even after you have the baby. It feels like it takes months for everything to settle back down and for you to feel 'normal' again (and for you to not cry at the drop of a hat)." - Samantha Richardson​, 30

Of course, mood swings aren't necessarly negative either and you don't have to be concerned about wrapping yourself in a blanket and watching Dirty Dancing all day every day in complete misery. Some women on the other hand don't experience the grouchiness or sadness that can often accompany being pregnant.

"I've found pregnancy to be more peaceful than I imagined. I figured the horomone changes would send me haywire, but I have felt almost a little more evened out." - Brena Sweeny, 29

"Throughout my very first pregnancy I feel like it was pretty atypical; I was in a great mood most of the time and hardly cried. I remember the best parts of being pregnant, like wearing a bikini at the pool with my fat, awesome belly, eating whatever I wanted, etc. Any of my episodes of moodiness were me finally blowing off steam, like my life built up too much pressure borne out of the process of pregnancy." - Jocelynn Hart, 32

"It was probably luck, but I was just happy the entire time. I was actually a friendlier person while pregnant than not. It was like the hormones had a reverse effect on me." - Jessica Michelle Rimkis, 23

Having An Overwhelming Amount of Anxiety

Whether you're worried about everything you need to pack to prepare yourself for labor and going to the hospital, or you're freaking out about whether or not you'll accidentally pee your pants whenever your sneeze or cough (really, it happens), many women get anxious during pregnancy.

"I definitely experienced moods of being anxious, but it wasn't about expected things. I would randomly wake up in the middle of the night worried about the decorations in my daughter's nursery and if the theme in her room was going to be pretty, or what outfit I wanted to bring her home from the hospital in. I had so many questions that even the little details like that caused me concern." - Lindsay Carns Dombroski, 22

"I remember being so incredibly stressed out and panicked at the thought of him coming early and possibly still having Christmas decorations up that the year I was having him I took down all the Christmas decorations the morning of the 26th. I knew it was irrational but I couldn't stop myself." - Becky Peyton Spanbauer, 32

Pissed With a Capital P

Probably one of the most common emotions women feel while they're pregnant, getting angry, even over silly things that usually wouldn't bother you, can happen quite frequently. Did your husband leave the toilet seat up again? Did your dog chew on your slippers. Did I just describe things that happened every day to you before you had a baby on the way? Yeah, well now those things might irritate the hell out of you. You'll probably end up yelling at your partner a lot, then cry afterward because you feel guilty that you yelled at him/her, but that's to be expected. Just tell them to suck it up for the next couple months.

"I had picked out items for my registry and my mother-in-law decided that she liked a different clothes hamper than I had chosen, so she bought that for me instead of the one I had picked. I had a complete meltdown. Seriously. A meltdown over a clothes hamper." - Kristen Brennan O'Grady, 33

"At work, we have some customers that come in weekly and get their hair done. Well this one lady (who isn't my client, but I always talk to) would say every week, 'wow, you're getting big!' Sometimes the last word would be substituted with 'huge' or another unflattering adjective. After many weeks of that I was furious! I know she didn't mean anything negative, but no one should tell any pregnant woman that. The belly getting big? Sure. But them as a whole? No way!" - Becky Peyton Spanbauer, 32

"Pregnancy will tap into levels of emotions you didn't even know you had. I experienced the most frenzied arguments while expecting. However, I didn't realise I had a mood swing until it was over, to my poor husband's chagrin." - TaShawna Johnson, 28

Blue balloons
by the editorial team

30. Playing in the grass
by the editorial team

11. Being naughty
by the editorial team

15. Their citizenship
by the editorial team