Pregorexia: The rise of eating disorders in pregnant women 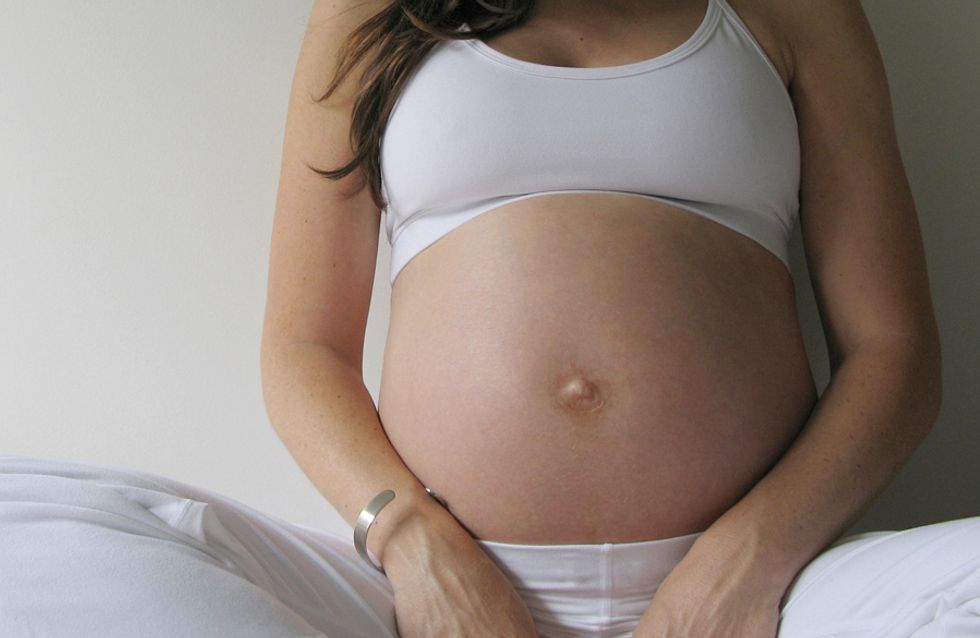 Pregnancy used to be a taboo subject, but now everything from water births to weight gain seem to be open to public discussion. While demystifying pregnancy can only be a good thing, what this has meant is that pregnant women are finding themselves – and their bodies – scrutinised like never before.

Big bellies, fat ankles and puffy faces are held up as examples of how not to ‘do’ pregnancy, while those that manage to avoid swelling in size are complimented for managing to maintain a svelte shape.

As body image pressure heaped on expecting mothers relentlessly increases, there has been a significant rise in women becoming dangerously obsessed with staying slim in pregnancy. And it's no wonder after all the fuss made over Kim Kardashian's and Kate Middleton's pregnancy bodies.

Doctors are seeing more and more women suffering from what is now being called ‘Pregorexia’.

Increasing numbers are trying to control their pregnancy weight gain through extreme dieting, exercise and so-called ‘pump-purging’, where women pump and discard breastmilk.

Dr Nadia Micali, an expert in perinatal eating disorders at the Institute of Child Health, University College London, has been investigating this worrying trend.

“A study that we published early this year, (the first one investigating the prevalence of eating disorders in a sample of about 800 pregnant women in London) found that 7.6% of all women we screen had symptoms consistent with an eating disorder and 23.4% had high weight and shape concern,” she says.

Vomiting, fasting, taking laxatives and over-exercising can all have a detrimental affect on the foetus, significantly affecting their intake of nutrition, which they crucially need from the mother to grow.

​Dr Nadia explains: “We have done a lot of research on how eating disorders can affect babies in the womb, and in general women with anorexia nervosa are more likely to have babies that are small for gestational age and low in birth weight.

“These can cause major developmental problems in the babies as they grow up, and also women with eating disorders have more foetal deaths and miscarriages.”

So what has suddenly caused the spread of this condition that causes women put their unborn babies in serious danger?

This year pregnancy has been high on the agenda, namely due to high profile pregnant celebrities Kate Middleton and Kim Kardashian.

There’s been an almost fanatical obsession with these women’s changing bodies; from the cruel public ridicule of Kim’s pregnancy weight gain, to the Duchess of Cambridge, who has been uniformly praised for her neat bump and lack of weight gain.

Dr Nadia says: “The fact that we see many celebrities boasting their bodies even during and straight after pregnancy doesn’t help how women might feel about themselves and might trigger eating disorder behaviour in someone who is already vulnerable.”

Whether it’s down to emulating Kate Middleton and her tiny bump or even Victoria Beckham, who has managed to shift all sign of baby weight mere weeks after giving birth, it’s essential that pregnant women don’t try to live up to unrealistic expectations.

It’s difficult to suddenly switch off dieting habits, especially when you see yourself gaining weight, but it’s vital to remember that women come in all shapes and sizes and every woman’s body reacts differently to pregnancy.

There are ways that women can avoid putting on too much weight without going to extremes in terms of restricting foods and over-exercising.

Dr Nadia advises: “Follow the guidelines of not eating for two, be sensible about only doing moderate types of exercise and follow NHS guidelines on eating healthily during pregnancy.”

If you are pregnant and struggling to cope with weight issues, it’s absolutely vital that you seek help – talk to your midwife, GP or healthcare professional about any worries you might be having, and if necessary they can refer you on to a psychiatrist.

As scary as it may be to vocalise your fears, the only way to tackle conditions such as pregorexia are by addressing them.

​Dr Nadia agrees: “The more we remove the stigma linked to eating disorders, the more women will get help for these during pregnancy.”

​Have you struggled with body image issues when pregnant? Tweet us and let us know your experiences @SofeminineUK.

3. The weight
by the editorial team

28. The education
by the editorial team

18. The announcement
by the editorial team

27. The playdates
by the editorial team

22. And there's special water
by the editorial team