The fourth month of pregnancy

by the editorial team Published on 1 February 2008 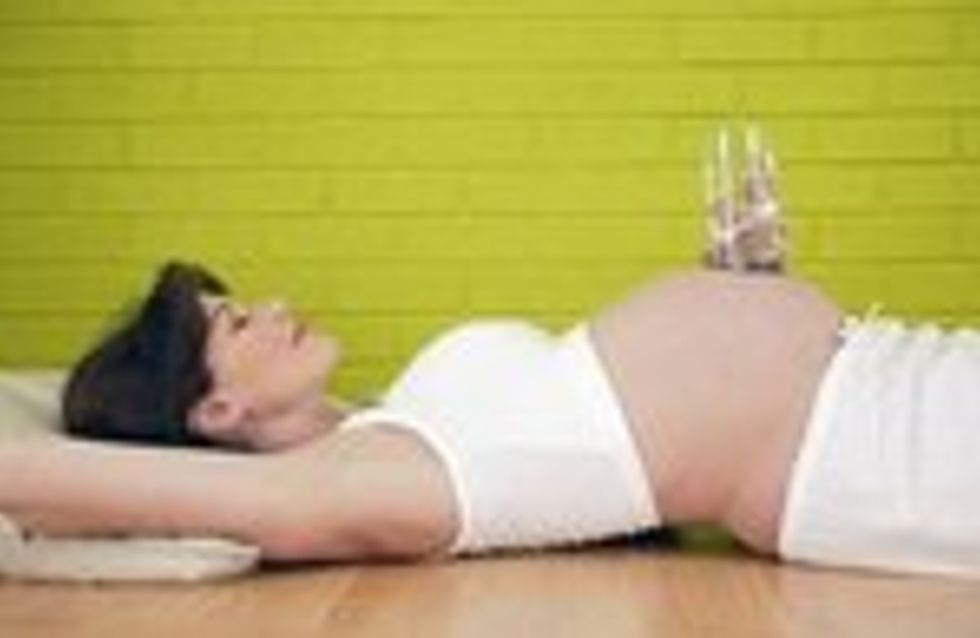 You're into the fourth month of your pregnancy. At this time, a lot of mums-to-be find that they’re getting bigger and rounder and it’s not unusual to hear them crying out: “Baby's kicking!”.

Number 1 priority: screening
Around this time, your midwife will offer a series of tests which can detect any potential anomaly in the fetus and involve blood tests. These are not compulsory and should only be considered when you have been fully informed. Some tests, for example the AFP, will give you a predicted risk of any potential problems. The Amniocentesis or Chorinic villus sampling will detect any potential disorders.

- AFP (alphafetoprotein) screening: the hormone alphafetoprotein occurs naturally during pregnancy. A blood test detects its level in your body and can help to assess the risk of Down’s syndrome or neural tube defects such as spina bifida or anencephaly. Down’s syndrome is a genetic condition where the baby inherits an extra copy of one chromosome. Symptoms are a distinctive facial profile, heart defects and learning disabilities. Anencephaly is a condition where the baby’s skull doesn’t form properly and the brain may not develop at all. Spina bifida is a defect in the neural tube of your baby, which develops into the brain and spinal cord and can lead to paralysis. If you have any bleeding in early pregnancy, results from the AFP test may not be accurate.
- Amniocentesis might also be offered to test for serious genetic conditions such as Down’s syndrome. It involves taking a sample of amniotic fluid using a fine needle through the uterine and abdominal walls. The test carries a 1 in 100 risk of miscarriage
- Chorionic villus sampling (CVS) is an alternative to amniocentesis which involves removing a small amount of tissue from the placenta. It can detect many fetal disorders such as Down’s syndrome or cystic fibrosis. There is a 1 in 100 risk of miscarriage.

During the fourth month, you may also be offered a cervical length scan if you have had late miscarriages or premature births in the past. Your cervix should stay closed until just before the birth; this scan looks for signs of the cervix opening prematurely. If it is opening too soon, cervical stitching (cerclage) will be performed. Consult your doctor if you have any pain in your ligaments or burning/pain when you urinate, as these could signal complications.

Your baby’s development
- During the fourth month, you’ll feel your baby move for the first time. This feels a bit like stomach pains, but don’t worry; you’ll learn to tell the difference!
- Your baby’s body is covered in lanugo (a fine layer of downy hair) that will later disappear. The hair follicles and nails grow. Your baby’s head, which was previously bigger than the rest of the body, gets more in proportion. The cerebellum develops, the limbs gradually get longer and the hands are completely formed.
- The amniotic fluid enters and leaves the baby's lungs, but the baby cannot breathe yet.
- The sensory organs are still developing but are almost complete. Your baby is sensitive to touch and will sense your caress under the fine layer of your skin. The little mouth can make movements and taste develops. The auditory system is in place. Your baby becomes sensitive to light, but is still unable to see.
- Your baby measures about 19cm in length and weighs between 200 and 250 grams.

Practical steps to take
- Take the tests mentioned above. At this stage (and only at the fourth month), it may be possible to find out your child’s gender. You can also choose to wait in suspense until the moment you give birth.

- If you haven't yet confirmed where or in which hospital you want to give birth, do it now!

The advice is the same as for the previous months:

- Eat lots of fibre and drink lots of water. The increased production of progesterone effectively slows down the passage of food through the intestines.
- It’s also advised to eat 80g of protein per day (half from vegetable sources and half from animal sources) because your baby will keep asking for more. From the third month onwards, your baby eats around 9g of it every week.

- Provide your body and your baby with vitamins, minerals and nutrients.

- Vary what you eat and have four meals per day: breakfast, lunch, a snack and dinner. Avoid meals that are too heavy or spicy, and steer clear of fried food.

Finding out the sex
Is it a boy or girl? The second scan (around the end of this month) is necessary to check the genital organs of the fetus. It’s also an emotionally charged time that can sometimes divide couples. Speak to each other and decide whether to wait for the birth or to find out the sex of your baby straight away. At this point, the fetus really becomes a human being, a little girl or boy. And if you do choose to find out the sex now, it will cut your list of baby names!