'Wearing A Liner Not 'Cos I'm That Kind Of Wet': Mum Gets Hilariously Real About Pregnancy Sex

by Helen Turnbull Published on 6 April 2017 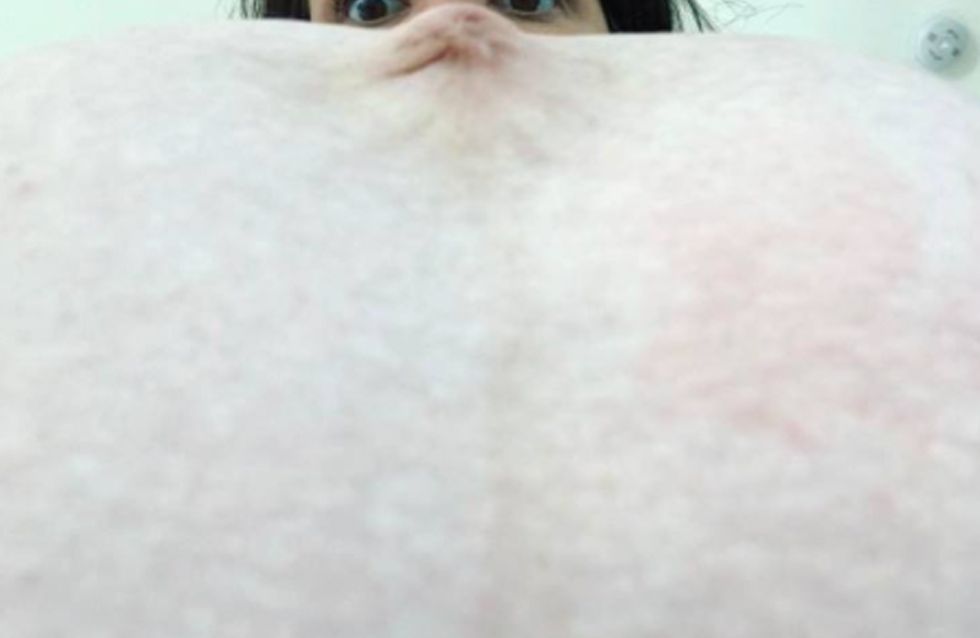 Pregnancy sex is a minefield for many women and the endless amounts of articles telling you what to and what not to do don't make life during those already-demanding nine months any easier. That's why we're hailing Mel Watts a hero for saying to hell with pussyfooting around the taboo and giving the realest account of what doing the deed with your baby daddy is really like when you're sweaty, swollen and 'stinking'.

Mel Watts is the shining light pregnant women have been crying out for since the dawn of time. The no-frills mummy blogger - whose better known as The Modern Mumma - is dedicated to showing the 'extremely ugly' side of parenting and pregnancy and her latest post sees her tackle the widely-debated subject of pregnancy sex in a spectacular fashion.

Mel - who is currently 30 weeks pregnant with her third child - got hilariously real about what it's actually like doing the deed with Mr Watts in her current situation and it's guaranteed to either have you in stitches or saying 'literally me'. She started the Facebook post: "Pregnant intimacy - OK let's not get fancy pregnant sex. You know there are some women who thrive when they're pregnant. They love a bit of loving from the big D and then there's people like me.​​"

The mother-of-two went on to admit she thought her current pregnancy would be third time lucky and she'd be transformed into a 'sex goddess' but the reality couldn't be further from her expectations, explaining: "Beach whaled AF. Sweaty. Wearing a liner - not because I'm that kind of wet. I have a rash on my stomach from stretching skin. My breasts are weapons they'll knock anyone out."

But despite feeling anything but beautiful and sexy, her partner happily gives her those sorts of compliments, much to her confusion. Mel continued: "Like what is wrong with this man? I'm at my worst. I'm leaking, I stink, I moan and grown, I'm hairy and I reckon I'd have more sweat under my titties than he'd have in his gooch on the hottest summer's day. And he still wants me.

"Maybe he's one of those people that like this kinda situation? Or maybe he is just an amazing, caring doting and a terrible liar partner of an over emotional stretched pregnant wife. Either way - I'll keep him.
#pregnantandiknowit #sexyAF#wannaflickmybellybutton #30weekspregnant."

Her hubby sounds like a hero too, to be honest.

Can you relate to Mel's experience of pregnancy sex? Let us know @soFeminineUK