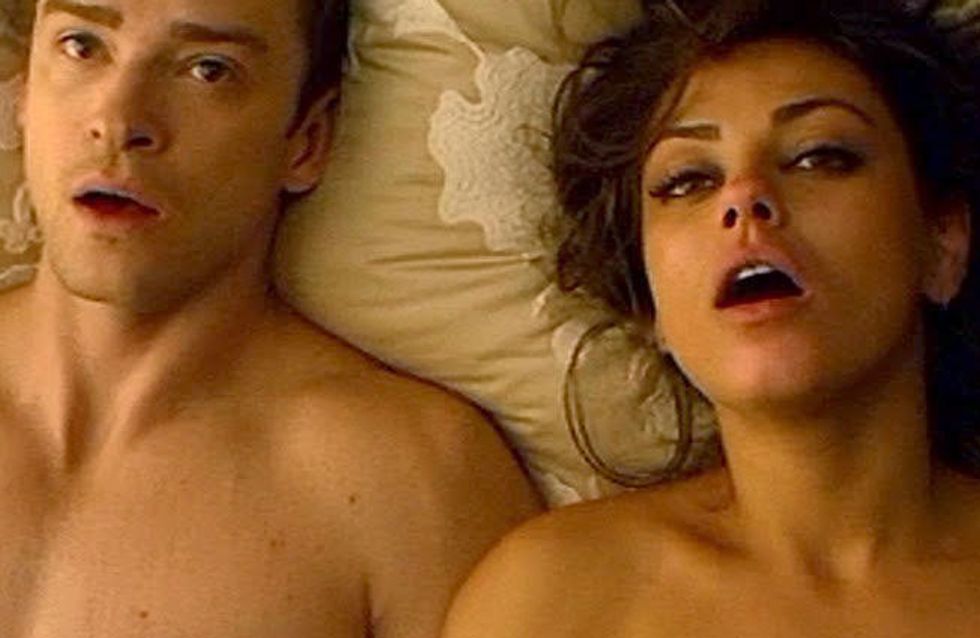 When it comes to sex, we're always questioning whether everything is normal. Is the way we're doing it OK? Are the noises we're making weird? Is it too long, or too short? But most importantly, are we doing it enough? Well, now there's a study to tell you whether the amount and frequency you're having is 'normal' for your age group. So, how does your sex life measure up?

They say the bedroom is where the magic happens, but just how much magic is actually happening? Is it popping off like a study sesh at Hogwarts, or is it like an amateur magician at a kid's birthday party, armed with a deck of cards and a handful of fun snaps? A study conducted by the Kinsey Institute for research in Sex, Reproduction & Gender has found that age is a key predictor in working out your average sex frequency.

It may not come as a surprise to find out that researchers found that the people having most sex were in the 18-29 age bracket, with their average number for doin' it sitting at around 112 sex sessions per year - that's about twice a week, in case you were wondering.

Meanwhile, moving up an age bracket, those in the 30-39 age group have sex roughly 86 times per year (I mean the number's rough, not the sex - although you do you, girl), and those who are 40-49 years of age have sex 69 times a year. But that's basically our parent's age group and we're pretty sure they've only had sex a handful of times, and it was years ago, before we were born. Right? RIGHT?

But there are a number of other factors that affect your yearly-shagging quota, including your lifestyle, each partner's health and your sex drive. And, of course, ageing comes with its own troubles as the Kinsey Insitute's Dr. Justin Lehmiller says: "The basic storyline that has emerged from these studies is that, as we get older, our odds of developing chronic health conditions increases and this, in turn, negatively impacts the frequency and quality of sexual activity."

But hey - if these numbers are higher than the number you have in your head and in your bed right now, then don't worry. Medical Daily says that previous research on this subject has shown that while the happiness of married couples or those in long-term relationships increased when having sex frequently, this frequency could be as little as just once a week. So, those who had sex four or more times in one week didn't report to feeling any happier than those that were just doing it once a week. Thank god.

Are your numbers matching up? Let us know @soFeminineUK

Bespoke Cock Rings Are Here To Spice Up Your Sex Life