by Helen Turnbull Published on 2 August 2017 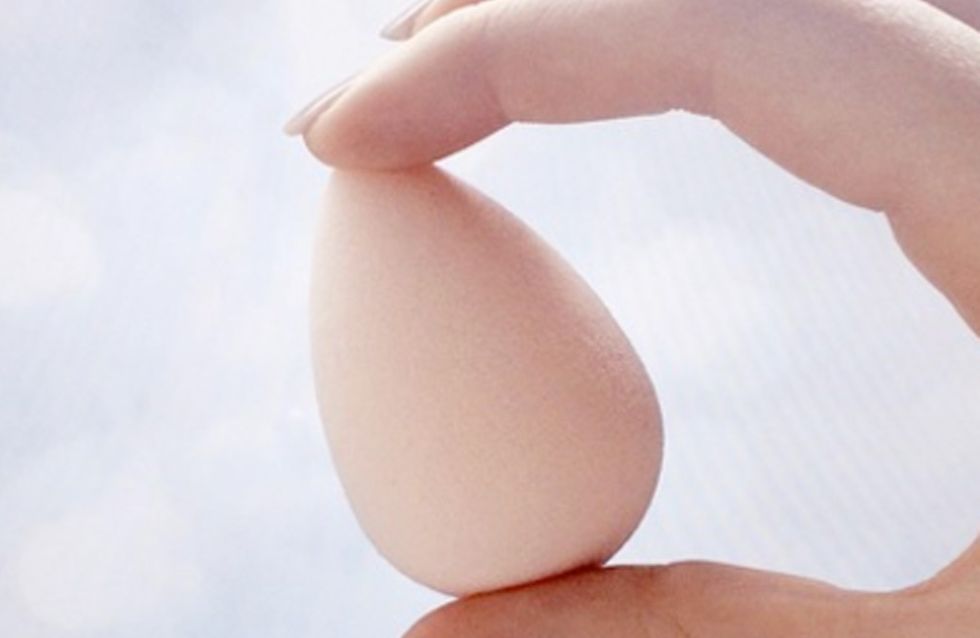 While we're all for the increasingly open discussions about vaginal health, some of the most recent hacks and 'health' trends have proved more dangerous than useful. Period. First came him who shall not be named who called on women everywhere to 'potty train their periods' by gluing their vaginas together and more recently was the infamous vagina highlighter but shoving a makeup sponge up there to have period sex might be the most ridiculous and potentially deadly genital-based party trick yet.

Women's vaginas aren't to be messed with - regular upkeep and daily hygiene are the basic rules to maintaining a healthy lady garden - and it should be known that the only things to be shoved up there are restricted to: tampons, willies - the plastic and real-life varieties - and medical items. So God only knows why websites are now advising women to insert makeup sponges into their vaginal openings to facilitate blood-less and mess-free period sex.

Lifehacker recently claimed mini cosmetic wedges have the ability to change your oral, digital and penetrative sex lives for the better but we're not convinced. An article on this supposed-genius life hack stated: "Just insert one (or two, if you’re attempting day-one period sex) up to your cervix and you should be good for a couple of hours.

​"They warm up quickly and feel just like the inside of a vagina, especially when they’re slick with….well, the various fluids that might render them slick. Fingers may be able to feel them, but most penises - even condom-less ones - will be none the wiser, and tongues won’t get anywhere near them."

And once you're done? Simply 'fish out' the period blood-soaked sponge with your fingers - a task Lifehacker warns isn't for the 'faint of heart'. Given they're without a handy tampon string, this could prove messier than the act of normal period sex itself so I reckon you should save yourself the hassle - that and the fact the materials used in cosmetic sponges have links to Toxic Shock Syndrome (TSS) - a potentially deadly condition.

Unsurprisingly, the article has attracted streams of angry comments, including one from recognised vaginal health expert and qualified gynaecologist Dr Jen Gunter. The Canadian OB/GYN - who has weighed in on many controversial trends regarding the vagina in recent times - pointed out that the polyester foam used to make cosmetic sponges was used in Rely tampons in the 1970s which led to the number of reported cases of TSS ‘skyrocketing’ - although "the exact mechanisms that Rely increased mTSS is unknown".

She added: "This post should be removed or updated in a way that informs your reader that you are suggesting women 'hack' their periods with products associated with menstrual toxic shock syndrome. Simply a disgrace."

Dr Gunter has also warned that because cosmetic sponges aren't tested for vaginal-insertion purposes retailers can't guarantee the impact they'll have on that very delicate area so it's best not to try it for yourself to find out. Instead, if you're so keen to have blood-less period sex, there's other certified safe measures such as soft cups, diaphragm, condoms, towels on the bedsheets. If blood and sex freaks you the hell out, you're best off riding the bloody wave until it's over.

What's your stand on period sex? Let us know @soFeminineUK