10 Reasons Why We're Jealous Of Our Man's Bromance

by Dagney Pruner Published on 26 October 2014 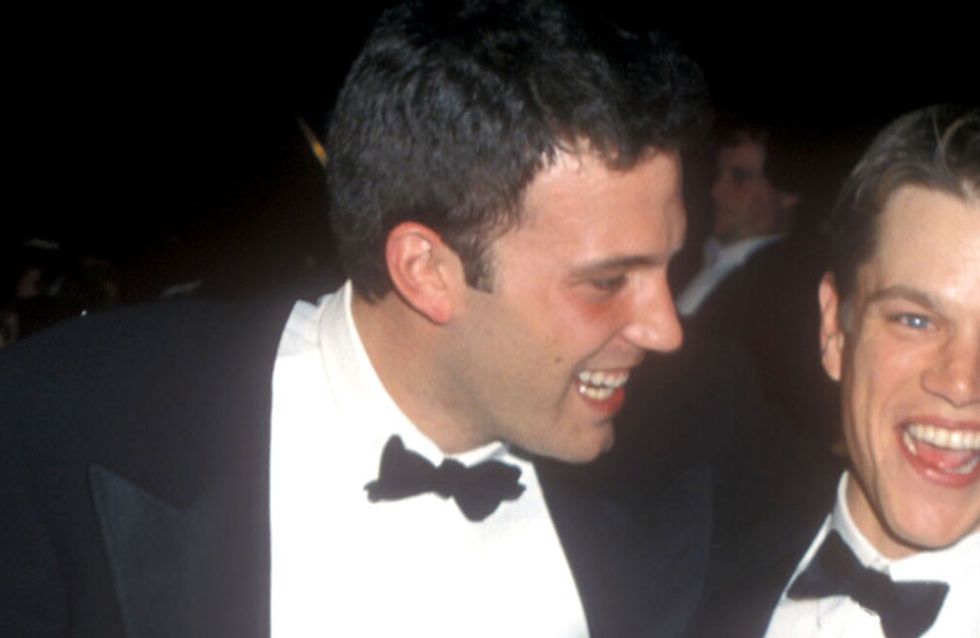 It's always great when you know your man has a tight group of guy friends. You don't want to date a boy who doesn't play nice with others. But we all know your man probably has that one guy that he feels the need to do absolutely EVERYTHING with. Other people probably joke that they're "dating" because they spend so much time together. This relationship is called a bromance. It's rock solid and has all the qualities of a very serious long term relationship. So why wouldn't we be jealous of it?

UGH. The endless inside jokes the two of them have, which they think we will never find funny no matter how much explaining they do. And they're probably right, they're probably just not that funny.

Even if you can hang with the boys, your man probably insists that it's just "not the same" as a true boys night out. Let's just hope it's because they want to love on each other, not other ladies.

When your man is in a bromance, that means you are going to have a lot of "table for three, please." Even if it's your one year anniversary. Plan on your man bringing his man along.

When your man is out with his bromance buddy, he "has" to wingman for him. Which probably means chatting up a group of girls and doing some harmless flirting all in the name of duty to his bro.

5. Your man's bromance is closer to his family than you

A lot of the time a bromance started back in the beginning of time, when two young boys were just kids fighting over the same girl on the playground. That means your boyfriend's boy has probably known your man's family for a lot longer than you have. Who knew you would be competing with another dude for your future mother in law's attention?

6. Spending just way too much time together in general

Remember that time your boyfriend was just supposed to come over and hang out and he's an hour late? It's probably because he is sitting on his bff's couch watching Breaking Bad.

7. Stops being affectionate when he's around his bromance bros

When it's just the two of you he may be cuddlier than Andrea from X Factor, but when he gets around his boys (especially his special bromance) he all of a sudden acts like you're his sister. Boo. Grow a pair.

​Since the boys have been hanging out and partying together since they can remember, they have lots of stories that they just love to tell over and over again. And when you don't get it? They tell you "you had to be there." Well we weren't there, and I'm your girlfriend, so let's change the subject.

​9. He'd rather post pics of him and his bros then you

Ever had your man post a pic of him and his bromance bros on Instagram and think it deserves triple-digit likes? But when it comes to posting a cute pic of the two of you, that is out of the question because that would just be "cheesy" or make them look "whipped?" Yeah.

10. You know he's totally himself in his bromance

There are things your man can do in his bromance that he will probably never do with you: fart, not shower, talk about that girl on the street he thought was hot, obsess about fantasy football etc. Let's just hope that instead, he's the best version of himself when he's around you.

Have any other things you're jealous of with your man's bromance? Tweet at us @sofeminineUK!