by Vivian KELLY Published on 28 January 2014 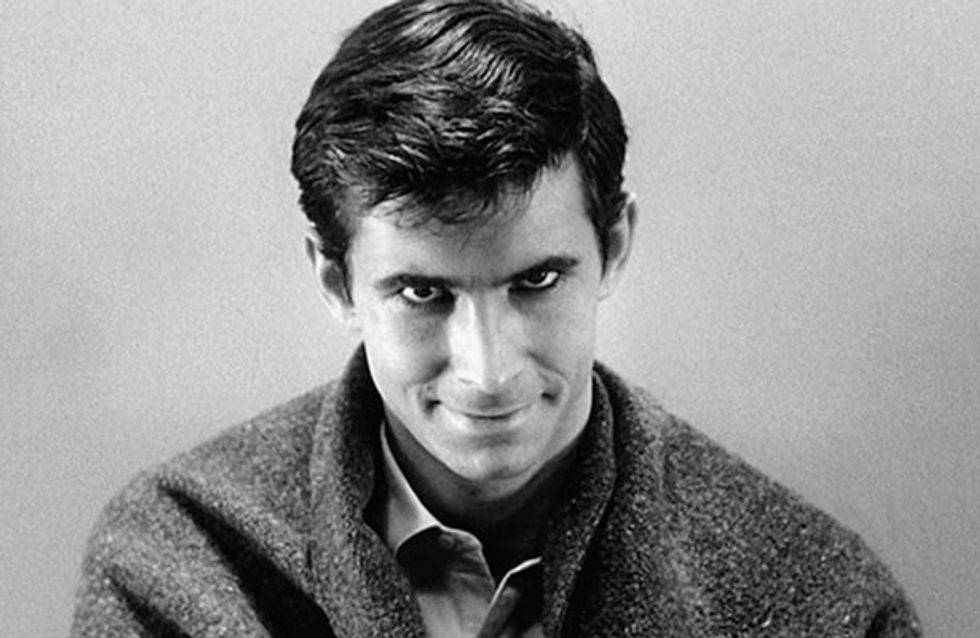 Ever feel as though you’re constantly walking on eggshells in your relationship? Do you have a nagging feeling something isn’t quite right with your boyfriend? It’s true, the man you thought was unbelievably charming could potentially be a straight up psychopath (it happens to the best of us), but there are ways to spot a mastermind of manipulation. Get ready to crush his facade before it's too late. Here’s what you need to know...

How many of you ladies actually trust your instincts when it comes to dating? There are always subtle signs when someone's not quite right for you, but it’s up to you to act.

Psychopaths work in manipulating ways; pathologically lying, contradicting themselves, controlling your emotions and sometimes even getting physical. But there are "psychos" that have their craft perfected too.

​His love-bombing techniques might overwhelm your inner gut feeling leaving you oblivious to the signs and obvious truth. The boyfriend that seems “too good to be true” showering you with gifts and compliments could also fit the bill as complete and utter no-no. So what do you need to look out for? We've got it sorted.

Don’t get sucked into the life of a psychopath - whether he's in need of some very real mental health assistance or is simply a proverbial "psycho" it’s time to slow things down and re-evaluate your Prince Charming.

Here are the top 10 signs every woman should heed when dating...

If he doesn’t seem to have time of day ever, he probably does, just not with you. Psychopaths are liars, good one’s too. He’ll tell you that he stayed home all night in front of the TV and had an early night when he’s really at a party getting sh*t faced (and who knows what else). If he can’t tell the truth about where he is then he's definitely not worth your while.

A psychopath doesn’t know who he is. One day he’ll say he’s seeking ‘the one’, the next day, he’ll say he wants ‘nothing serious’. Erm hello? You’re contradicting yourself. Any self-righteous gal will know that this sign is bad news. You either want it or you don’t. Besides who wants a man that doesn't know what he wants? Bin him.

He’s constantly eye-balling you from head to toe trying to suss out any unusual moves you make so he can accuse you of cheating. He obsessively scours your Facebook as much as his own or worse, he requests to share a couple’s profile with you to avoid you talking to any other guys (his first step to take over your life). Meanwhile, the incessant text messages never stop. Run, girl, run!

Boys enjoy playing mind games... when they're 13-years-old that is. Psychopaths will shower you with sweet texts and late-night phone calls, then all of the sudden he'll give you the cold-shoulder. No phone-calls, no texts, REPEAT. Ain’t nobody got time for that.

A psychopath will go to great lengths to find out your account details. He’ll flatter you with comments, act concerned and even play the ‘just to check’ card. They know how to get it out of you and they will do everything in their power to get the information they need. Don’t fall for digital entanglements because you think you'll ‘feel closer’ to him. That’s insanity.

Psychopaths also tend to compare you to their past partners, not necessarily because they’re still stuck on them, but because they get a kick out of seeing you get all insecure. There’s something intriguing for a psychopath when he knows he has the power to devalue you, criticize you and make you vulnerable ALL while unconsciously fostering feuds.

If the man you're dating drops the L-bomb on you on your third date congratulations, you’ve just joined the psycho circus. Ladies, we’d all love a man to fall in love with us that quickly, but it just doesn’t happen the same way it does on the big screen. No normal human being falls in love that quickly - and tells you - no one.

The self-absorption of a narcissistic psychopath will put you at the back-end of his priority list. To him, he’s smarter, better-looking, funnier and more interesting than you. If the things your man says remind you of Kanye West in any way then you know, you’re in for a real treat.

If he’s ever thrown an angry balled fist or even nudged you then it’s clear that your sweetheart needs to get some professional help. Psychos might physically or verbally abuse you. Anything from screaming, yelling, sizing you up and swinging his fists at you is a clear sign of I-need-help. And girl you need help. Leave him! A classic post abuse move - he calls you crying his eyes out with guilt. Too late. You're gone.

There’s a reason why dogs are a ‘man’s best friend’ and if he hasn’t clued in yet then maybe he’s not really a man at all. Only women are allowed to get away with owning armies of cats (and we’re still called crazy for it). If your man owns more than a few hairballs he's cuckoo, bottom line.

Consider yourself warned! Ever dated a psychopath? Tweet us @sofeminineUK