Why Men With Beards Are SO Much Better

Take an ordinary beardless, average looking man, you don’t find him attractive. Fine. But then he ‘lets himself go’, grows some facial fuzz and BOOM all of a sudden he got hot. We’re still trying to workout what it all means but right now we’re digging bad ass beards. Here’s 15 reasons why men with beards are so much better. The evidence will blow your mind.

You only have to look around you to realise beards are back with a vengeance. Gone are the clean shaven days when stubble was frowned upon and full on face furniture was out of the freaking question.

Now women everywhere are going cray for the hairier type and who can blame them? Here's why men with beards are better in every way.

Ever seen a guy with a beard that doesn’t know fashion when it hits him between the eyeballs? Well, yeah. But the point is, his ruggedness is that major that we learn to overlook these things. Even if he does look like a lumberjack.

They can take a joke

If they’ve got a beard the chances are they’ll have longer than average hair and therefore be subject to Jesus jokes. But it’s ok, it will annoy you more than him. He’s amazing remember.

Who knows what secrets he’s hiding beneath that facial furniture. We’re not even sure we can read his emotions right now but we don't even care. All we need to read are those sexy whiskers.

No beard trimmings in the sink

Whoever came up with the phrase ‘clean shaven’ clearly never had to experience unclogging stubble from the sink. No shaving = no mess.

They don’t even need to play guitar

Guys with a full beard don’t need to be musically talented. They only have to hold a guitar for us to wanna chuck our knickers at them. Tattoos also help.

Who are we kidding? We don’t know if he has brains as well as beauty but when he strokes his beard like that, he’s gotta be thinking clever thoughts. He's basically the dream boat version of Stephen Fry. Wow.

Men with beards like to take risks. Beard growing being their biggest risk yet.

You get to touch them. A lot.

We challenge any woman to nestle into a bearded man’s arms and refrain from stroking his face. That thing is made to run your hands through.

They get away with things

He's standing in the corner of a bar alone. But it's ok. Because he has a beard.

A beard can do wonderful things for your sex life. Once it has passed the itchy, patchy, tickly stage it becomes soft and gentle to the touch. All the better to brush against your face with when you’re locking lips.

All good men have beards

Men with beards don't do things by halves. They open doors, treat you to the theatre, escort you home and tip their top hat as they go #chivalryisntdead

He’s more dedicated than most

Growing a beard is an achievement. It takes some serious effort and most men just don’t have what it takes to pull through. But the ones that do, they’re the ones that could protect us in the wild. Neanderthal style.

Did we mention they’re HOT

Why ARE bearded men so much better? Tweet us your answers @sofeminineUK

Check out these bearded hotties: 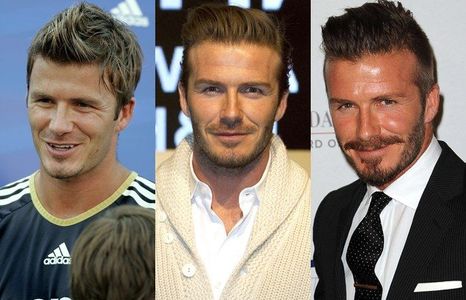 13 Types Of Guys We Meet On A Night Out