23 Reasons Why Nice Guys Are WAY Better Than Bad Boys

by Vivian KELLY Published on 3 September 2014 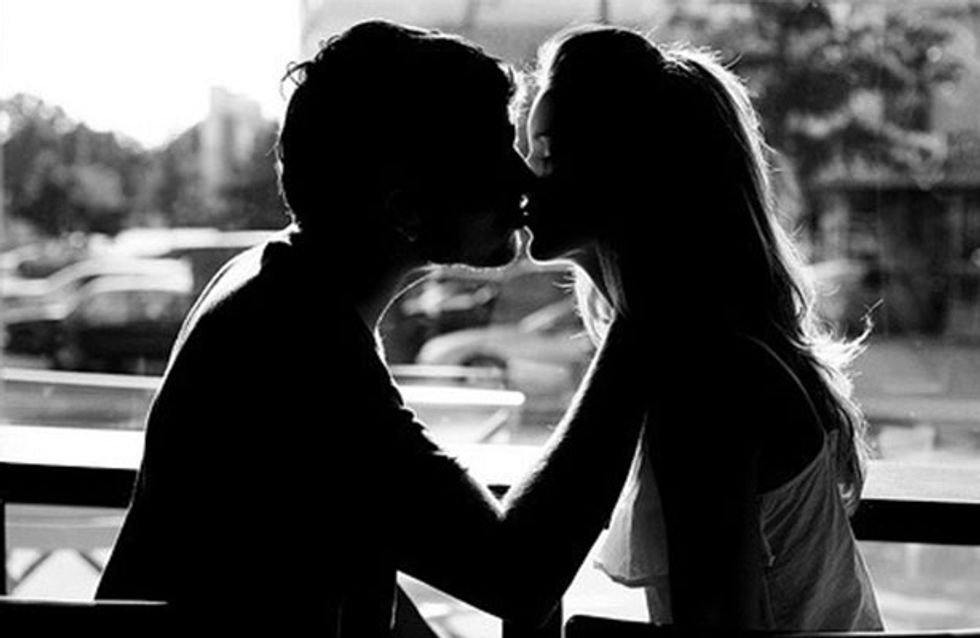 Why put up with a jerk just to end up with a broken heart? What we should be doing is choosing a man that treats us good, right from the start. Yep. We're talking NICE guys. Here at Sofeminine when it comes to men treating us badly, we have a ZERO tolerance policy. Ladies, here are 23 damn good reasons why nice guys are WAY better than bad boys…

Just because he's nice doesn't mean he's a doormat. Nice guys are caring, attentive, concerned and know exactly how to cheer you up. What can be better than that?!

Ladies. We know what we want. Here's why we we'll take a nice guy over a bad boy any day...

Nice guys will take the time to sit down with you and LISTEN. Your contagious enthusiasm (i.e. your non-stop chatter) inspires him and makes him love you even more.

He also doesn't mind putting up with your emotional outbursts and furious venting. Now that's a real man.

Nice guys are the kinda guys that will remember what your favourite flower is or what dress you pointed to in the shop (and surprise you three months later). It's things like this that blow us away. Happy girlfriend guaranteed!

It sucks 'teaching' your man how to love you. And in most cases (with bad boys) that's exactly what you'll be doing.

If he truly cared, he'll ask how you are, if you got home okay and how you're feeling. Yep, it's attention seeking, blame it on our nurturing side, but all we want is for men to give back in the same ways we do. Is that too much to ask? At least nice guys understand.

4. His love has no limits

Nice guys are the kinda guys that will do anything to keep you safe. Hell, they'll probably take a bullet.

They appreciate the values of love and know how important it is. If he finds someone good, he'll never do anything to jeopardise it. Ever.

5. He never makes you second guess

Nice guys don't have time to play mind games - why would they? They don't need validation like bad boys do. Why make a girl (they really fancy) question whether or not they're interested? Why make her feel undervalued and unappreciated? Point. Made.

6. He makes you a priority

The times we've heard 'I'm the last of his priorities', ugh too many to count - it's cruel. Often bad boys try to play it cool and make it seem like they're 'too busy', but in actual fact their game is pretty sh*t. Good bye resentment, hello Mr Nice Guy.

7. He knows when something’s wrong

A nice guy will never accept 'I'm fine'. They know a stoney face when they see it and they won't just blame it on your period! Finally, a man who understands...

8. He asks the right questions

If you meet a nice guy at least you'll be assured that his questions will not only consist of ONE: 'what are your plans tonight?'

Nice guys always have biggest cheesiest grins on their face because they can't believe how lucky they are. Trust us, they know best.

10. He takes care of you when you’re ill

Any man who takes care of you when you're sick is a definite keeper, but nice guys, they take care of everyone. They look after their family and friends too when they need him and that's when you KNOW he's a really good egg.

11. He never fails to ask how your family are

When you're with someone, you're not only investing time in one person but in another person's life too. A nice guy knows how important family is - on both sides.

12. He gives you the attention you deserve

FINALLY a man who responds to us when we ask him a question!

13. He makes you a better person

Neglect and a lack of affection can take a toll in relationships. Bad boys give us a high from the chase, only then to make us feel more insecure, unwanted and invaluable.

But ​nice guys? They will challenge you, make you dream bigger and always make you feel special. Now that's a man we wanna know.

He'll hold your hand and kiss you like nothing else matters. Hey, it's a nice thing to do and he can't get enough of it.

Because chivalry is never dead (when you're with a nice guy)...

Sorry if he comes off too clingy at first, but why waste time putting up a facade? A nice man who truly knows himself doesn't waste time when it comes to love.

He doesn't expect YOU to have dinner ready for him on a plate every damn night. In fact, he loves cooking you dinner - he wants to impress you and show you how much he cares.

18. He never breaks a promise

19. He communicates with you on all platforms

This includes voice calls, texts, in person AND social media. Their motto: Who cares what people think, right?

20. His friends say he adores you

Doesn't matter how high school it sounds - nice guys don't let their ego get the better of them.

So thankfully he won't be overwhelming his Facebook feed with immature statuses and 'likes' on every chick's photo. One less problem.

Unlike guys who try to mask their insecurities with toughness, nice guys are comfortable in their own skin and somewhat confident. Which makes them WAY less vulnerable to an affair.

Guys who are nice put your needs in front of theirs. You're in a relationship to support each other, not to drag each other down! The more altruistic, the sexier.

What other things do you love about nice guys? Tweet us @sofeminineUK!

16 Things Girls Have To Deal With That Guys DON'T

Been There, Done That! 10 Types Of Guys We've All Dated (But Really Shouldn't Have)