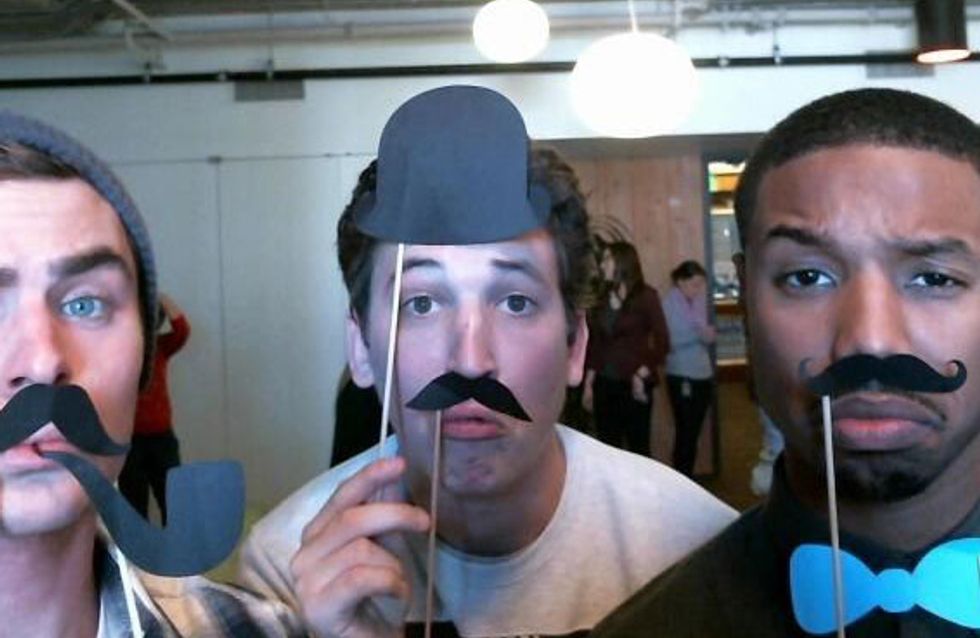 Men are smarter than we think. Men famously keep things to themselves (sometimes it pays to be an introvert) but that still doesn’t stop us from wondering what the hell is actually going on in their minds. There's no need for a translator though, girls. Here are 23 things guys think when they’re in a relationship…

1. You’re NOT a natural gift giver…

Girls aren’t as fabulous at gift giving as we think we are. Buying him tickets to the theatre to watch The Phantom of the Opera was NEVER on his bucket list.

Those times when you’re barking at your guy for doing something wrong and he looks like he’s not listening? Yeah, you’re right. Men have an innate ability to switch themselves off. You. Are. On. MUTE. Save your breathe.

3. Learn to stack the bloody dishes…

…in the dishwasher! Girls prefer to get the job done by hand, but when we’re feeling lazing we literally can’t even be bothered to stack the dishes properly. It's one of his pet peeves.

It’s a harsh truth no woman wants to hear. So even though your man adores you, that doesn't mean you’ll never look big in that dress. Accept it.

5. Why do girls need the last word in an argument?

If you always think you're right about everything, let it go. And don’t even think about crying when you realise you were wrong (ahem attention seeker).

​Besides, do you really want to end up looking like this? AVOID.

Whether it's hanging out with the boys, surfing the web or watching a bit of telly, guys like to do their own thing sometimes. It doesn’t mean he’s not interested. Gain some independence and give him a breather once and a while. He'll appreciate it.

Women can be self-righteous blabbermouths and at times, men do wish they had a bit of duct tape to put on our mouths. Remember even though your man is your best friend he’s NOT one of the girls.

Stop making emotional assumptions. Just because men don’t express their feelings as openly as women, doesn’t mean they don’t have any.

If men pouted in photos like us they'd all be called losers. The truth ladies? Men think we're vain.

Please STOP drowning your man with your feelings. Communication’s a good thing, but know your limits.

Women can drool over One Direction, but men can’t say Selena Gomez is hot? Be fair.

Every women thinks they’re three sizes too big. You’re man DOESN'T though. Stop being mentally fat and ditch the diet.

Men don’t understand what posing is. Hmm maybe that’s why our photos are WAY more interesting…

You’re only hurtling towards disaster here.

​Her: Aren’t we meant to be watching Game of Thrones tonight? Three weeks later. Him: Sh*t. I forgot. I have plans (with the cat).

15. Why are you putting avocado on your face?

Even when you explain the beauty benefits of facial masks every man will still think you’re crazy. Let it be.

Controlling? Nosey? And demanding? You don’t always need to know where he is or what he’s doing. TRUST HIM. And don’t be a nagging girlfriend.

17. Why do we need to have these 'relationship appraisals'?

Constantly reviewing your relationship will only tire him out. Stop sweating over your future and enjoy your time as a couple NOW.

18. How much crap does one girl need?

Men only own about five important items - keys, wallet, phone, laptop, and the TV. Women? We have a house full of ‘unnecessary’ things laying around. But ALL for good reason - sorry boys.

Sometimes we don't realise when we're talking to a guy who's a total douche, but somehow our boyfs always know. He finds it even more frustrating when we start saying how nice he is.

When you tell a man ‘we need to talk later’ - they completely clam up.

Girls take pride in looking good, after all it’s all part of being a women. For men though, it’s an aggravating process.

​Especially when you’re strapping on false lashes and applying lippy just to go to the grocery store! Seriously?

Girls that TRY to act cute always get it wrong. Acting like a ditz isn’t going to make your man want you any more than he does. In fact it WILL backfire. Be yourself.

23. Why can't YOU make the first move for once?

Stop laying there like a sack of potatoes and take some initiative in bed!

If you’re curious to know what goes through girl’s minds check out 23 Things Women Think But Don't Say.

What else is your man thinking? Tweet us @sofeminineUK