Home / Love & Sex / Understanding Men / Forgetting His Wallet? And Asking To Kiss You? 35 First Date Fails All Women Can Relate To

Forgetting His Wallet? And Asking To Kiss You? 35 First Date Fails All Women Can Relate To 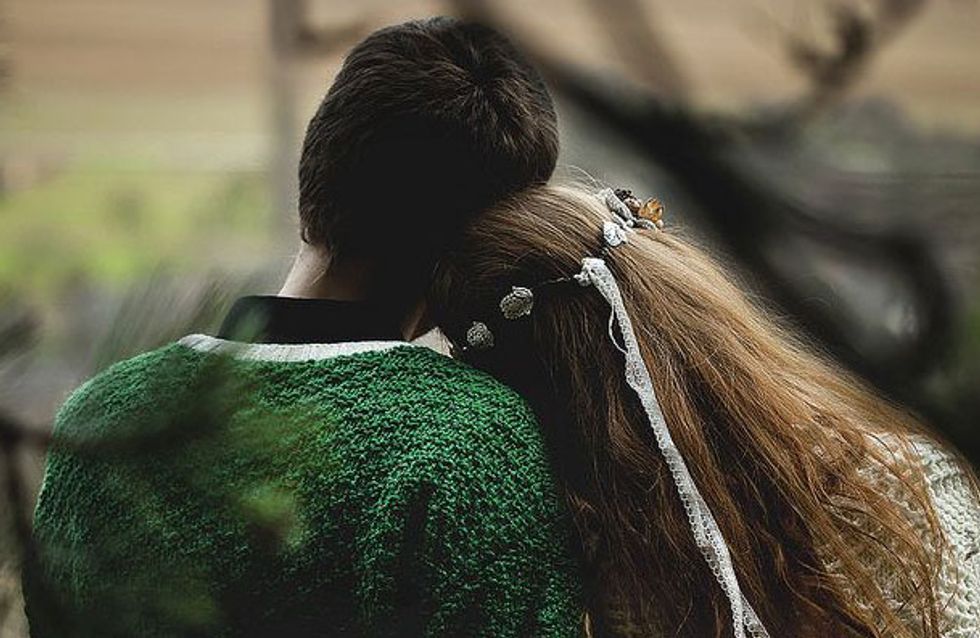 First dates can be nerve-racking. Heart pounding, palms sweating and a wealth of questions going through your mind. Then he commits one of these date crimes and you've got your answer to everything! Boys, wondering why we did a runner? Whether he shows up drunk or is desperately trying to get into your panties there's probably not many of these first date fails you won't relate to...

Any excuse is a poor excuse. But don’t worry, you can still make-up for it if you avoid these other deal-breakers...

2. He has nothing planned

The type of guy that just ‘goes with it’ and asks ‘what would you like to do?’. After we’ve just spent the last 3 hours getting ready for him! Do we have expectations? YES.

3. He has a weekend bag with him

Please. Save yourself the embarrassment. (Especially if it’s Louis Vuitton.)

4. He only talks about himself

The one thing you learnt? Narcissistic pigs really do exist.

5. He asks no questions

The saying ‘you can tell a man is wise by his questions’ couldn’t be more relevant. Step up your game.

6. He orders you a JD and coke

Did you really just buy a lady that? Classy.

7. He starts humming or singing loudly ​

Whether he’s a professional or just busting out tunes at the dinner table it's NOT attractive, IT IS humiliating. Turn the confidence down a few notches.

He shoots down everything you have to say. Definitely not husband material - send him on his way girl.

Not quite the romantic tag we’re after on a first date.

...you’re on the bottom of his priority list. And he’ll probably end up heaving from the night before. Lovely.

This can say a lot about someone’s personality. First. Class. Jerk.

Even worse, he excitedly says 'lets take a selfie'! No thanks.

…at your chest. You’re meant to stare when she’s not looking! Come on, even we know that…

Bringing vouchers on a first date? This is not the time to be saving money. Save it for the man date.

Mid-date you find out he’s on Jobseekers. This is your cue to RUN.

16. He's spitting in your face

His mouth is perpetually-running non stop and then comes that awkward wipe of the face. *Yes, you just spat on me.* Ew.

17. He doesn’t laugh at your best joke

He doesn’t get your sense of humour. It’s over.

It’s not provocative, it’s not entertaining and it sure as hell isn’t funny. Sexual innuendos will either have us cringing or speed dialling our emergency friend.

…and takes longer to choose his main meal than you. If you can’t handle choosing your dinner then what can you handle?

21. He chews with his mouth open

Your mama always said ‘don’t eat with your mouth full’. Listen to her.

Oh. Wow. No. Belching is not funny, especially when we’re practically strangers. Don’t even go there.

By the end of the night he’s slurring his words and everything he says is incoherent. HELP!

24. He yells embarrassingly when he scores…

Kinda like a 7 year old boy whose just played arcade games for the first time. You're grinding your teeth, right?

He either, accidentally poured a whole bottle of aftershave on himself or didn’t take a shower in a week. Walk away now.

27. He doesn’t introduce you

You bump into one of his mates and he doesn’t bother introducing you. What's up with that? It’s called common courtesy you twit.

28. He’s desperate to get to first base…

…so asks to kiss you. You’ve just made it that much more awkward for youself. Your mates want it more than us, trust.

This is majorly cliché. If you’re passionate about it, great, but save your boasting for date two (at least).

Classless AND rude? Automatic no no. (And if she offers to pitch in she doesn't really mean it you douche)

A classic end of the date move. But now we’re the only one left with post-dinner breathe?

…to watch a movie at his house. Ha nice try buddy.

Checking to see if you got home safe is the gentlemanly thing to do (and the right thing). Any less than that and he’s not worth your time.

35. He follows up one week later

Don't ever consider a man that's lukewarm about you. Ever.