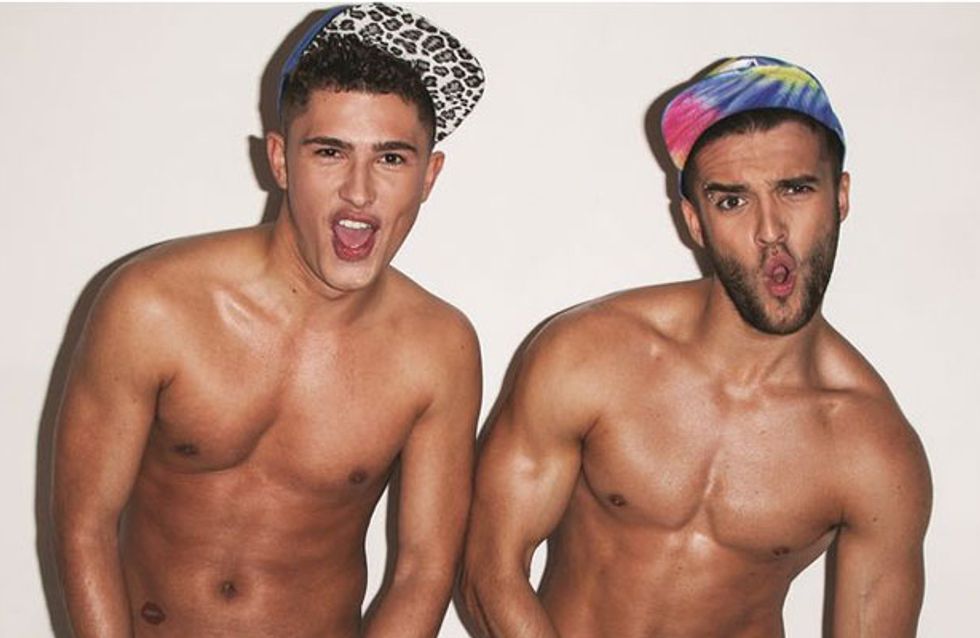 Yes we enjoy our spiced-pumpkin lattes at Starbucks and unremittingly watch Sex and the City every Sunday night but we’re not the only ones falling victim to basic bullsh*t. Boys, you too, are just as predictable, stereotypical and generic as us girls! Don't believe us? Here are 26 signs he's a downright basic b*tch….

And kisses his guns at the gym. CRINGE ALERT.

2. He calls himself a LAD

...all the damn time. Then feels the need to Instagram his half chicken and double chips with Peri Peri Salt and Perinaise just before he chows it down. Chill on the uploads please.

4. He shows-off on social media

New ride? New booty call? Yep, you'll know about it - they're always on top of your feed.

May we suggest a measuring tape? A basic b*tch can never get their size right.

6. He has low-brow humour

Sharing Mrs Browns Boys videos on Facebook? The WORST British comedy ever made.

7. He keeps the sticker on his cap

This trend is the equivalent to keeping your tags on your clothes (to show people they’re authentic). So it’s a fifteen quid hat - well done.

8. He posts the sport results

That’s what BBC Sport's for mate.

9. He has ZERO penis anxiety

The type of men who march around like they’re made out of gold. Even more hilarious when you catch them doing a double-take in the mirror.

11. He goes on a boys holiday every summer…

… to either Magaluf, Ayia Napa, Zante, Kavos or Malia. Hmm at least there’s places for all these British douchebags to congregate, right?

Snorting love-hearts and Refreshers, fitting his fist in his mouth and drinking pints from his biceps #LAME

Nothing is 'cute' or 'fresh' about a grown man giving a peace sign. Nothing.

They drool at the sight of fake tits. (They also have porn-star images on their bedroom wall, desktop and mobile.)

15. He trash talks his exes

Harping on your exes and bad mouthing them is one word - immature.

16. He knows all about women

According to the basic guy, there are only two types of girls, fit or rough.

He also resurges drinking rules on a lads night out. The penny drop? Give it up!

And rattles at his own jokes. Only problem is, he's the only one laughing...

When out, he’s always riling up the crowd unwarranted. HIS NAME IS RIO AND HE WATCHES FROM THE STAND!

20. He takes mirror selfies at the gym

He did it on a stag do. It was hilarious. Apparently.

23. He takes selfies wearing nothing but a towel

24. He shows off his sex moves in public

He ain't got no shame showing you his special bedroom move, in front of everyone.

25. He's dressed up as Top Gun for Halloween

Gets all the basic bitches excited. (Girls and boys.)

26. In some ways he reminds you of Mark Wright