Should we start trying for a baby? 25 signs he's ready to start a family

by Vivian KELLY Published on 17 February 2014 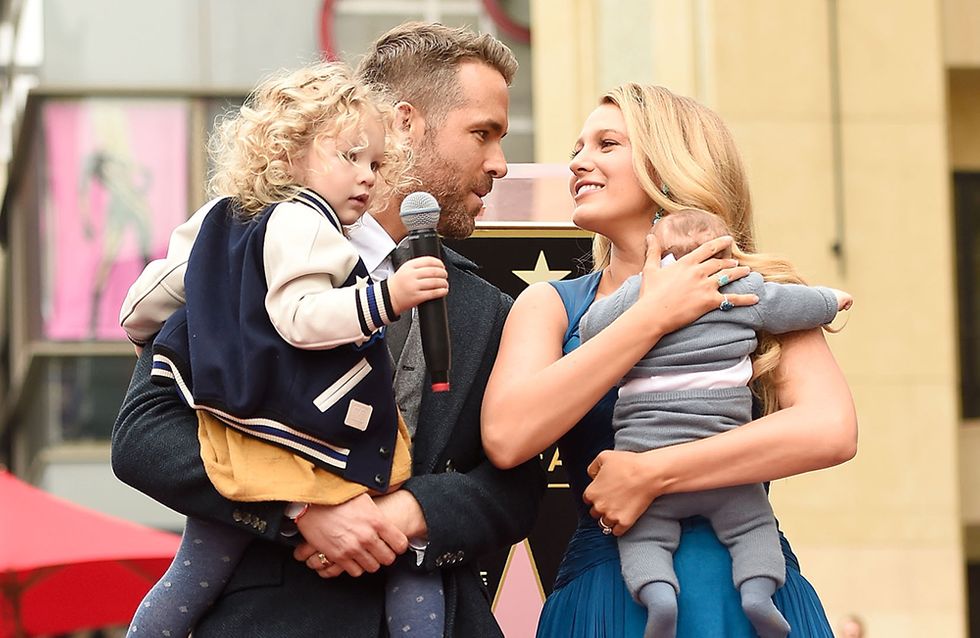 Is it impossible to go on Facebook without seeing new photos of your girlfriends' beautiful newborns? Does it seem like you’re the only one not having a baby? If you’re all for starting a family but still waiting on your man to show he’s primed don’t kid yourself. It’s never easy to tell when your man is ready for fatherhood. To help you out, check off these signs to see if he's ready to have a baby.

It’s a life-changing decision to have a baby and while some men may be naturally inclined to start a family right away, more often than not, many guys are nervous about the idea.

If you’re keen to start trying and he’s not, don’t freak out too much. Sometimes men don’t even realise when they're ready, which is why we’ve rounded up the 25 signs that show he's ready for a baby.

Your man has been paying more attention to children walking by and starts saying things like, “That baby is really adorable, don’t you think?”.

Struck with a cold? If you find your man whipping you up chicken soup and delivering tissues to you - at your service, he’s putting other’s needs before his. A great-dad quality!

He’s achieved his dreams professionally, has travelled the world, enjoyed lots of carefree fun and has even taken on some side projects. In short, he’s checked off key experiences that he might not be able to do once the little critters invade.

4. He surprised you with a dog.

If he’s surprised you with a pup then he’s showing his enthusiasm to move things forward in your relationship and share responsibilities. You can’t compare puppies to children, but it’s a step in the right direction.

Your beau actually looks forward to seeing his nephews and nieces every week, because he can’t wait to goof around with them.

When you’re grocery shopping you’re constantly giving him ‘that look’ for creepily smiling at every baby that goes past.

7. A bigger house and a safe car is on his mind.

Your man has unconsciously started to save up for a bigger house with tons more space and has started to think about upgrading his car.

8. He forwards you anything and everything baby related.

You’re at work or out with friends, but he still can’t help to forward you snaps of his nephews. Hint. Hint.

A good dad should always have an established support system in place. You’ve noticed your man being particularly close to his family in recent months. Who else is gonna do the babysitting on date night?

10. He’s no stranger to responsibility.

If your beau can pay his bills on time, remembers to go to the dentist, takes out the rubbish and doesn’t mind splitting the household chores he’s well on his way to being ready for kids.

It ain’t just gonna be about you two when you bring a baby into this world. If you can see a shift in the way your man handles his cash he might be accommodating the future financial commitment of a child. Ah. Bet you never thought of that.

He’s your number one fan. Anything you need, you’ll get. If he can be there for you, he’ll be there for his future kids.

13. He shows signs of emotional maturity.

His macho facade has cracked and he doesn’t mind looking vulnerable. He’ll happily shed a tear during a movie, cuddle and take bubble baths all while drinking a beer.

Men shouldn't just be regarded as the ‘providers’ in a family. A great-dad to be needs to be nurturing too. If he lets go of his inhibitions and shows you that he can look after you emotionally, physically and mentally then he'll make one super dad.

He's said it once or twice in passing, that he thinks you'll make an amazing mum one day. These magic words mean he's picturing you in the role of the mother of his child. A sure sign he's getting broody.

If he can see himself spending the rest of his life with you (till death do us part kinda thing) then it’s a sure sign that he could be ready to take the leap with you to parenthood.

17. His priorities are straight.

He knows what means the most to him and takes charge of his responsibilities. You and his family are the most important people in his life. That's the way it should be.

He doesn’t huff and puff when he hears a baby cry and seems fascinated when you’re watching your weekly fix of Call The Midwife. Yes, that's the baby's head.

19. He wants to continue the family tradition.

You overheard him talking to his parents about keeping the ‘name in the family’. They’re yearning for the pitter patter of little feet in the house. Might not be long before they can call themselves grandparents!

He doesn’t fancy spending his morning over the toilet bowl anymore. He's too old/mature/wise for that now.

21. He's happy for friends when they announce their baby news.

When you excitedly tell him about your friend’s pregnancy news he doesn't look like he’s gone pale. He focuses less on the negative aspects (like nappy changing) and finally realises the joys a baby can bring. He even seems excited for them!

22. He looks up to family and friends.

He speaks highly of his buddies who have children and prefers spending time with them more than any of his other buddies (secretly, he wants to join the parent’s club).

23. He accepts that no one’s ever totally ready.

It’d be great to know when he’s REALLY ready to take on parenthood, but the truth is no man is ever prepared for it. If your guy is open to the possibilities of bearing a child then let the baby-making begin!

When you announce forgetting to take your birth control pill he doesn’t flip out anymore. If it happens, it happens right?

He’s pulled you aside to have the ‘the talk’ and often says things like ‘“when we have kids”. Or even better, he thinks you should start trying for a baby and wants to know if you’re on the same page. A girl can dream right?