WATCH: What It Means To Be A Man...You'd Be Surprised 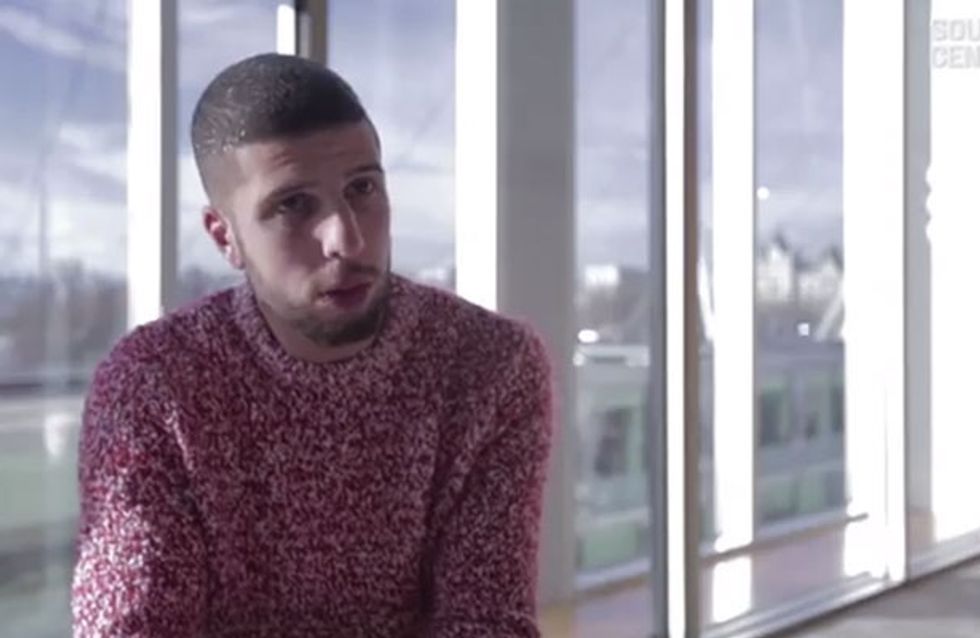 What do you think it means to be a man? All lad lols and football? Wrong. Although it’s undeniable that women have got a pretty raw deal, that's not to say that the fella's don't have problems too. What Southbank Centre are aiming to do with their 'BAM What it Means to Be a Man' festival this weekend, is open up the conversation. Cue the video…

Being a guy in 2014 isn’t about banter, football, boozing, aggression and casual misogyny - seriously it's time to shelve the stereotypes.

"There are so many different ways of being a man, fifty years ago there was only one way, you were supposed to be the father and a bread winner." says Giles Goddard, Priest at St johns Church, Waterloo​.

So what about now? If these traditional ideas about masculinity really have fallen by the wayside (which they have) what do we have?

Well these are the questions we need to address. Like women being portrayed as overtly sexual in the media, then called 'sluts' if they display any sexuality themselves; men are given a 'macho' ideal but told to be emotionally accessible in reality. I​t's no wonder why we're all confused and the situation is a pretty serious one.

Although one in four people in the UK suffers from mental health issues, men in the UK are three times more likely to commit suicide and if reports are right, it’s only set to increase. Although we're living in the most liberal and free decade to date, we're arguably in one of the most confusing. So what do we all do about it?

First up is talk about it. Like Martin Daubney says, Martin Daubney, Journalist, Broadcaster and Former Editor of Loaded Magazine says, we need to forget the old sterotypes and start having educated conversations about what this means to all of us.

"It’s OK to cry, it’s OK to admit to failings, it’s ok to admit you’re scared. Forget about the preconceptions of masculinity, we need to be men’s men, we need to be macho men, that’s bullshit it’s outdated," he says.

So from Friday 31st January to Sunday 2nd February, the Southbank Centre will be opening it's doors to talks, debates and Q&As about what it means to be a man on a private and public scale. Expect to see the likes of Jon Snow, Ziauddin Yousafzai, the father of Malala Yousafzai, former gang member Karl Lokko, hip-hop artist Akala and Martin Daubney discussing issues ranging from fatherhood, sex, sport, war, heroism, feminism, and race to the needs of the modern man.

​We for one, are fully behind it. For tickets go here. Tweet us at @sofeminineUK and let us know what you think or if you've been personally affected.