Home / Love & Sex / Wedding / I Want to Get Married: 21 Things You Need To Know Before You Get Engaged

I Want to Get Married: 21 Things You Need To Know Before You Get Engaged

by Cliche Wynter Published on 1 August 2014 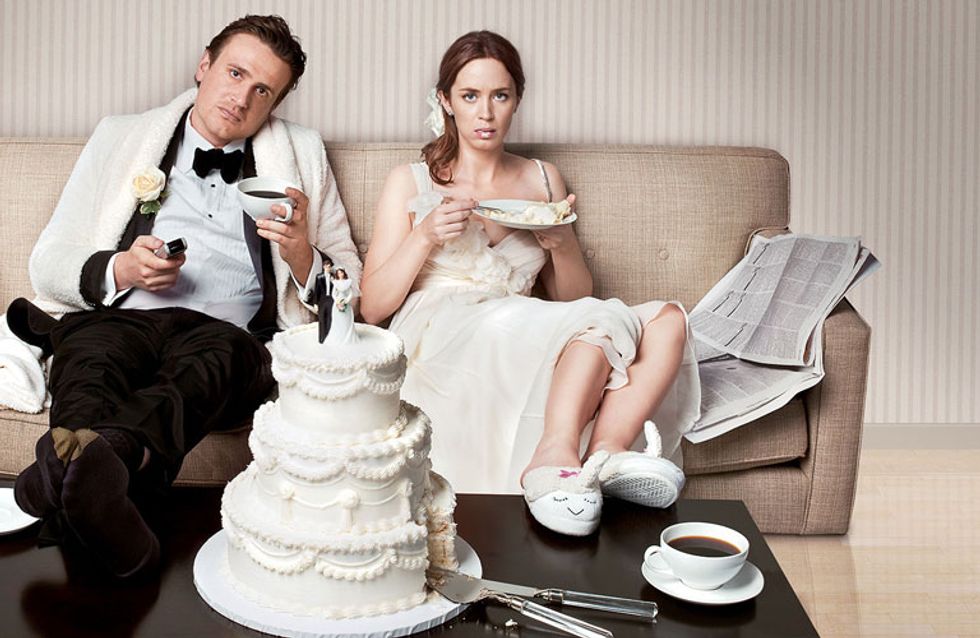 Every girl has fantasised about her wedding day at least once. Some of us have even gone as far as planning every last detail (flowers, venue, etc.). While it's fun to get swept away by the romance of it all, the reality remains: marriage is far more complicated than a make believe game of house. So before you even THINK about getting engaged, here are 21 things you NEED to know about you and your other half.

There are so many of us who dream about walking down the aisle as our Prince Charming lovingly stares into our eyes. In the midst of the fantasy, we tend to forget real life isn't as picture perfect as our chantilly lace dress.

The truth? Happy endings aren't something we happen to stumble upon. They're a product of devotion and unfaltering diligence. There's just no such thing as a short cut to wedded bliss.

If you're not fully prepared for the trials and tribulations of marriage, you might eventually find yourself in the throes of a divorce court. And believe us - it isn't a bed of roses.

To help avoid relationship ruin, here's what you DEFINITELY need to know before getting engaged.

No matter whether you're religious or not, it's always important to know where you and your partner stand when it comes to faith. Where does your partner fall on the religious spectrum? Do their beliefs align with yours? How do you feel about their religious outlook?

These are the important questions you need to ask yourself before accepting his proposal. If you don't, things could get rocky later on.

If you're more of a liberal gal while he skews conservative, give that some serious thought. Sure, it's true that opposites attract. However, that doesn't mean you'll have lasting power.

When it comes to hard-hitting political issues, being on opposing sides can cause serious friction. It's up to you to decide if your relationship and possible marriage can withstand the strife.

Two people who possess two different levels of ambition can spell trouble in the future. Know where the other is hoping to go career-wise to avoid being disappointed and possibly resentful later on.

Sometimes people feel threatened by a go-getter partner. If either one of you fit the bill, handle that - stat.

In order to successfully move forward, you have to know where your partner came from. This definitely includes past relationships. You want to make sure there aren't any bad relationship habits lingering.

Aside from that, it's nice to get a clear understanding of why things didn't work out with their exes.

Something to keep in mind: not everyone wants to have children. Find out if your partner is hoping to have a family of their own and when they plan on making it happen. A topic of this magnitude should be broached ASAP.

Is your partner good with money? Does he/she spend money on frivolous things, leaving no cash to pay rent and bills? That's a MAJOR red flag.

Yes, the wedding planning can be exciting (albeit stressful). But the marriage itself is NOT a huge party that concludes with endless sleepovers. Sh*t gets real super fast. So be prepared!

...and that's OK. You're two individuals trying to merge into one; it's bound to result in quite a few arguments.

While there's no denying how stressful that can be, it's not the end of the world OR your relationship.

The key is knowing that the conflict needs to be resolved and not swept under the rug.

9. It's Okay To Still Have A Life Outside Of Each Other

Never allow either one of you to lose sight of who you are. Your monthly lunch with the girls? Keep that going. Him having a beer with his boys every now and then? A necessity.

Don't try to stifle your partner's "me" time. That's a major no-no.

10. The Ring Doesn't Make You His Boss

To expand on our previous point, you shouldn't ever aim to control anyone, especially not the person you plan to spend the rest of your life with. Having a ring doesn't make you his boss. He's still entitled to his own thoughts, opinions, and livelihood (and vice versa).

We get it, admitting when you're wrong can be super tough. But it's a skill you'll have to master - learn how to say "I'm sorry." There's nothing worse than someone who claims to know it all. NONE of us can be right all of the time. So say those two magic words when you screw up.

Because not everything needs to be debated and contested. Know when to let things go. Pointless bickering is a buzz kill.

13. Where You're Going To Live

Couples often struggle with deciding where they're going to settle down after the wedding. The key here is to make sure your new abode is safe and affordable. Everything else comes after.

14. Extent Of Their Domestic Skills

Are you a great cook? Does he know how to clean? How about the other way around?

Before you start living together as husband and wife, you might want to figure this out. Trust us, learning your man is a slob once you've moved in will only grind your gears.

You can't hope to spend the rest of your life with someone if you don't get along with their family and friends. Don't sit around thinking it's not a big deal. IT IS.

An added perk of getting chummy with the friends and fam? They'll help back you up whenever he gets out of line.

We all have them. Whether it's biting our nails, always showing up late, or spending way too much time on the computer, we all come complete with our own set of quirks. We suggest learning and coping with your partner's dirty habits before thinking of heading down that aisle.

17. Perfection Is A Myth

Looking for Mr. Flawless? He doesn't exist. The sooner you realize that the better.

18. How He Treats His Mother

How he treats his mother is a direct reflection of how he views women. If he disrespects her on a consistent basis, odds are, he'll do the same to you.

19. Figure Out Your Deal Breakers

Marriage is supposed to be "until death do us part", which means you can't go running for the hills the moment things get a little shaky. But that isn't an excuse to become anyone's door mat. Figure out your deal breakers and let your partner know what you absolutely REFUSE to accept.

20. How Your Partner Manages Anger

You can tell a lot about a person when they're angry. Sometimes their rage completely wipes away their cool and calm facade, revealing who they truly are. Pay very close attention in those moments. You probably wouldn't want to marry someone who doesn't know how to control their anger.

This sounds obvious, but you won't believe how many people get this wrong. Many get so carried away by the sparkling ring and the lavish wedding, they forget to about learning who their partner truly is. Don't make that mistake.

Did we leave anything off our list? What else should a girl know before getting engaged? Tweet us @sofeminineUK!

50 Of The Best Lace Wedding Dresses

20 Stages We Go Through When We Get Engaged

How To Get Your Boyfriend To Propose

How To Be A Bridesmaid On A Budget