Home / Health and Fitness / Health / Alcohol depression: How to get over the post boozing blues

Alcohol depression: How to get over the post boozing blues

by Charlotte Hoddge Published on 8 May 2018 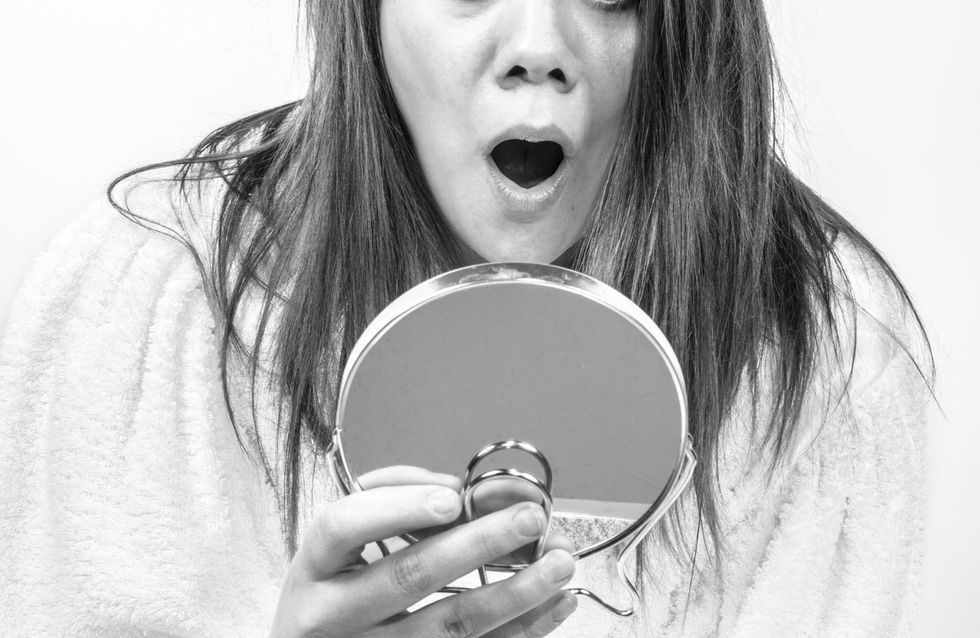 Getting over alcohol depression

Get over the booze blues

In addition to the physical headache of a hangover, it's not unusual to depressed, have a growing sense of anxiety, and get irrationally worried about everything. We've all been there: you feel demotivated to do anything, and so just plop down in front of the telly and hide away from the world.
These post boozing blues hit because one too many alcoholic drinks depletes our feel-good neurotransmitters. Neuroscientist Dr. George F. Koob has found that drinking reduces our levels of serotonin and dopamine - our natural feel-good chemicals that keep us optimistic and calm.

These clever little neurotransmitters are on overdrive while you’re sipping those Bellinis and B52s, which is why you feel invincible and have that euphoric buzz. But it's also why, the morning after when they're no longer there, you're left with temporary symptoms of depression.
Follow these tips to perk up your mood and enjoy what’s left of your weekend...

Firstly, don't diet. OK, so you probably feel guilty about consuming all those empty calories last night - but today's not the day to start a healthy eating regime.

In fact, the fastest way to get yourself up and running is to eat a big bowl of pasta. According to Dr. J. M. Bourne, a lead researcher in neuro-pharmaco-nutrition at the Fernand Widal Hospital, pasta and most other carbs boost your serotonin levels (and they're the ones that make you feel good!)

If you can't handle spag bol right now, try to eat something else stodgy and satisfying, like chicken pie and mashed potatoes. There’s a reason it’s called ‘comfort food’ - it stimulates your happiness hormones and has a calming effect.

Other good morning-after-the-night-before snacks include bananas, avocados, almonds and chicken. These contain an amino acid called tyrosine, which is converted to dopamine - responsible for dealing with pleasure - in your brain.

So eat up! But remember, comfort eating is only good to ward off temporary Sunday blues: using food to self-medicate persistent or clinical depression should be avoided.

Take a supplement. It almost goes without saying that you should drink lots - and lots - of water after a heavy night of drinking. Whether you feel thirsty or not, you're likely to be dehydrated, and your body will thank you for a (non-alcoholic!) drink.

An extra way to "cheat" in fighting that morning after feeling is to pick up a supplement specially designed to tackle the blues.

A supplement geared to boosting your mood and cognitive facilities could help you feel more balanced, and get a good night's sleep in preparation for Monday. Much better than lying in bed all day with your brain racing, and turning up to work on just a few hours of sleep!

If your brief dip into the party lifestyle is getting you down, try taking milk thistle tablets to reverse the effects. These are recommended by naturopathic doctors including Dr. Scott Luper of the Southwest College of Naturopathic Medicine.

Milk thistle tablets could help cleanse the liver of toxins, and Dr. Luper's research even suggests they could be used in treating liver disease.

You could also try taking magnesium, zinc, or chromium, to combat that hangover and restore energy levels.

Always check with your doctor or pharmacist if taking supplements is a good idea for you, especially if you have a medical condition or take other medication.

You were supposed to go for that 3km run you already put off from last Sunday, you told your friend that you would help spruce up her CV, and you planned to make cupcakes for the office tomorrow...

But rushing around like a headless chicken won't help your hangover blues! You no doubt lack the motivation to do any of these tasks, and you'll just feel worse for failing to complete them. So rip up your to-do list and schedule in some "me" time.

Do one thing you've been meaning to get round to, such as putting on a load of laundry, and then give yourself a pat on the back. Too often, we find it hard just to "be".

We switch from work mode to party mode, and then expect to bounce back to our usual productive selves. But a moment of relaxation is just what the doctor ordered to recuperate after a big night.

While taking some time out is key to recovery from over-indulgence, you don't want to stay in bed all day.

So make an effort to get out and do something novel, even though you may not feel like it right now. Get up, take a walk, and go to a part of town you haven't been to before.
Why? "Neurobics" is a term coined by the late neurobiologist Lawrence Katz; it's science-speak for engaging different parts of the brain to do familiar tasks. You can practice neurobics by doing simple exercises hat break from your usual habits.

It can be as easy as shaking up your everyday routine by brushing your teeth or dialling a phone nuumber with your non-dominant hand!These tasks are proven to be effective for strengthening the pathways in the brain and causing a boost in mood.While you're out and about, try to spend time in nature too, as this has mood-boosting effects.

It’s easy to figure that, as you already feel out of sorts, you might as well write off the day and head to the pub for a few drinks to mellow out.

But it's a lot better to stick to vitamin-packed juices and hydrating soft drinks. Although the pub can make for a cozy evening, and you'll temporarily feel better after an alcoholic drink or two, it really only prolongs the effect of your hangover.

The sooner alcohol leaves your body completely, the sooner you will start to feel better. Research by Dr. Koob shows that persistent drinking leads to an inability of the brain to restore its dopamine and serotonin stores, leading to an ongoing imbalance.

Furthermore, he says that alcohol triggers the release of stress chemicals that create depression, distress and tension. So far from relieving your misery, "hair of the dog" may just make it worse.

That said, social interaction is better than staying in and moping around, so if your mates are at the pub, join them - and order a Virgin Mary.

by Charlotte Hoddge
From hair ideas to outifts, look no further for your daily inspiration

Hold Your Dumbbells, You Can Actually Die From Overexercising
by the editorial team