by Helen Turnbull Published on 15 March 2017 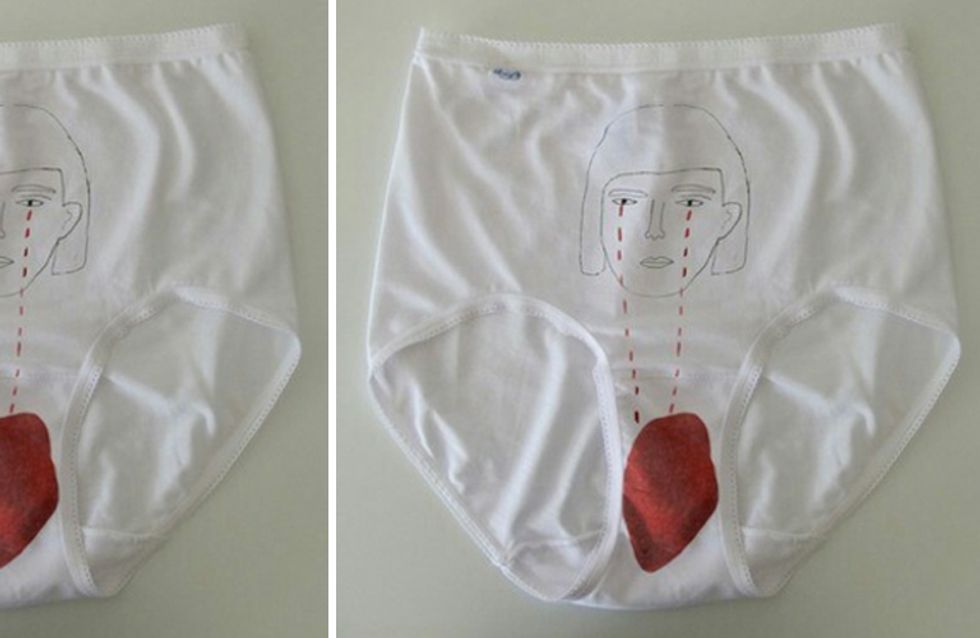 A shocking new discovery has revealed young girls are skipping school during their periods because they can't afford to buy sanitary products, forcing them to fashion make-shift tampons and sanitary towels out of things they already own. The shocking state of affairs came to light after a Leeds school contacted charity Freedom4Girls - who provide the essential items to women and girls in Kenya - about their concern over the pupils' depleting attendance levels.

Young girls are skipping school because they can't afford to buy tampons or sanitary towels, a charity has claimed. The shocking discovery was made by Freedom4Girls - who provide the essential items to women and girls in Kenya - when a Leeds school got in touch to express their concern over the dropping attendance levels by its pupils.

Two teens from Leeds spoke to the BBC, revealing that they're forced to fashion make-shift sanitary products out of tissue, Sellotape and socks as they simply can't afford to buy shop-bought ones. One said: "I wrapped a sock around my underwear just to stop the bleeding, because I didn't want to get shouted at. And I wrapped a whole tissue roll around my underwear, just to keep my underwear dry until I got home. I once Sellotaped tissue to my underwear. I didn't know what else to do." The girl revealed her mother was a single parent-of-five whose priority lay with feeding her brood, leaving no money left over for the hygiene products she needed every month. She also admitted to skiving off school a few days a month, presumably to save her embarrassment and stress of being without proper sanitary around her classmates.

Another teen added she was so "scared" of what was happening to her body during her period she stayed home and it was only when a teacher came to her house, concerned about her lack of attendance, that she was able to face up to the monthly issue.

Tina Leslie, a public health worker whose based in Leeds and a member of the Freedom4Girls initiative, told BBC Radio 4's Woman's Hour it's important we give these girls "their dignity back". She added: "We had an idea that there was something happening in schools. It's linked to poverty - 25,000 visits to food banks just in Leeds last year."

If you need help funding sanitary products, a number of charities are able to help, such as The Trussell Trust, The Homesless Period or The Bloody Good Period.

PMS Food Cures: 11 Foods To Chow Down While You're On Your Period