Study Shows That Being Hangry Is Actually A Real Thing 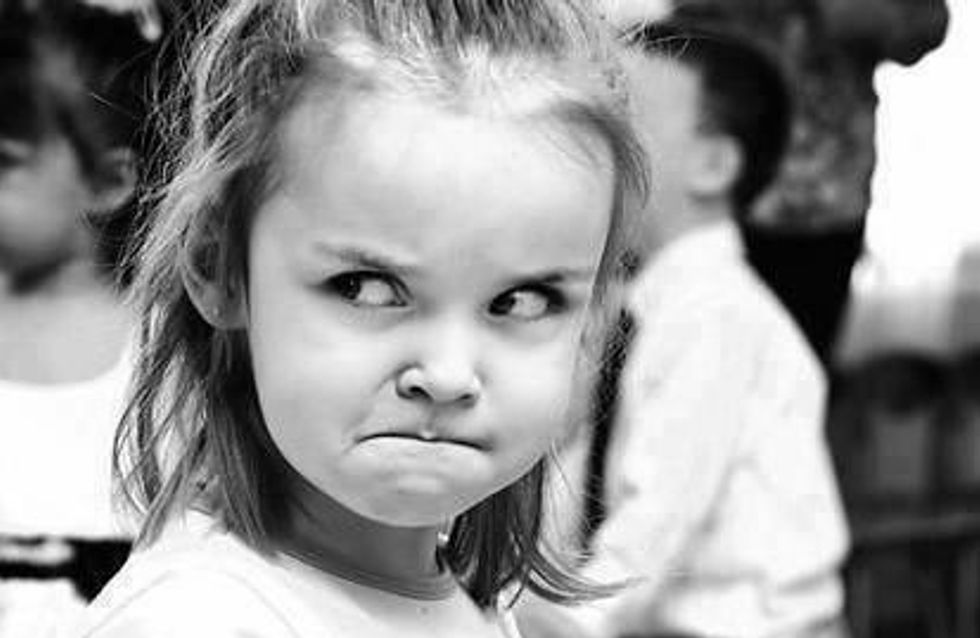 It's a study that should have been at the forefront of scientific research if you ask us, but maybe that's just because we haven't had our afternoon snack yet. Research has uncovered that the great hangry myth is, in fact, no myth at all - people really do get angry when they're hungry. I KNEW IT. EVERYONE OWES ME A MARS BAR.

Science writer Simon Oxenham wrote in the New Scientist the one thing we have always known to be true: it's totally not our fault if we get a little testy before we've had our dinner - and it can affect your work and relationships. Turns out there's actual scientific reasoning behind the theory, too: "The main reason we become more irritable when hungry is because our glucose level drops," he wrote. "This can make it difficult for us to concentrate, and more likely to snap at those around us."

See, Simon says, low blood sugar also triggers the release of stress-related hormones, like cortisol and adrenaline, as well as a lesser-known chemical called neuropeptide Y, which has been proven to make people behave more aggressively towards those around them.

Simon says this can have an "alarming" effects on those around you - particularly your loved ones. "A classic study of married couples asked them to stick pins into “voodoo dolls” that represented their loved ones, to reflect how angry they felt towards them," Simon explained - A really sinister test, but an effective one all the same, apparently. There's more: "The volunteers then competed against their spouse in a game, in which the winner could blast loud noise through the loser’s headphones."

Whilst these tests were happening, the researchers tracked the couples' glucose level, and found that when people had lower sugar levels, the longer the pair would blast the unpleasant noise at each other, and then more pins they stuck in their dolls. Yikes.

"The researchers tracked the participants' blood glucose levels throughout. They found that when people had lower sugar levels, the longer the blasts of unpleasant noise they subjected their spouse to, and the more pins they stuck into their dolls."

Whilst these studies are pretty damning, we still need much more research to be conducted so we can finally take a note to our bosses to say that all meetings should be conducted at Nando's from now on - because, as Simon says, we shouldn't be making big decisions on an empty stomach now, should we?

Will you be using this as a genuine excuse for being mean from now on? Let us know! @sofeminineUK

Unprotected Oral Sex Is Leading To A Rise In Untreatable STDs

Two Glasses Of Wine Before Bed Will Help You Lose Weight, Apparently

by Pascale Day
1 756 shares
From hair ideas to outifts, look no further for your daily inspiration

Follow us on Instagram!
You might also like
Positive Quotes To Get You Through Your Day
by Pascale Day
17 Celebs Who Have Spoken Out About Their Mental Health
by Pascale Day
Time for Tea! Study Shows Earl Greys Helps Fight Heart Disease
by Maria Bell
A New Study Says Cheese Is As Addictive As Crack, Which Explains A Lot
by Pascale Day
A Bad Night's Sleep Could Be The Reason You're Gaining Weight
by Helen Turnbull
Research Says Having A Hot Bath Could Burn As Many Calories As A Run
by Pascale Day
Do Tequila Plants Really Hold The Key To Strong Bones?
by Helen Turnbull
10 Things You ACTUALLY Need To Know About Vitamin D
by Vivian KELLY
Happy World Vegan Day! I Went Vegan For A Week And This Is What I Learned
by Pascale Day
Running For Just 5 to 10 Minutes A Day Could Lengthen Life Expectancy
by Maria Bell