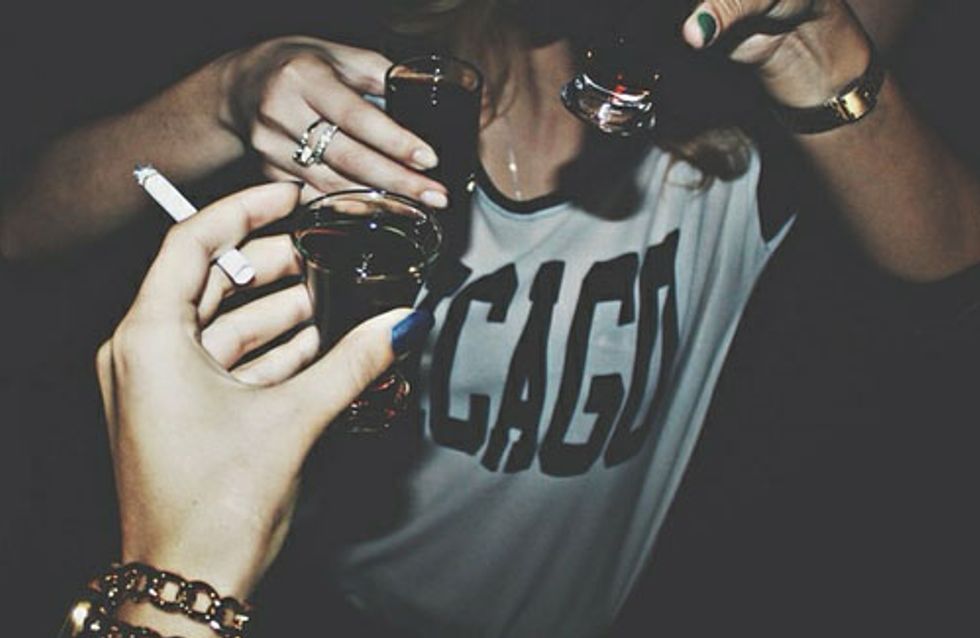 A new Australian app promises to help you curb your hangovers by sending you regular text messages on your night out that replicate the naggy texts your mum sends when she expects you home and in bed by 10pm. But how effective will this text service really be in stopping binge drinking - and would you take notice?

We've all been there: the promise to yourself of a couple of quiet Aperol spritz on a Wednesday and then home by 10pm for a salad and the news - you've got a big meeting in the morning, after all. But before you know it, it's 2am, you moved on to the tequila hours ago and you're ordering a kebab with all the trimmings.

You know what you need - you need that naggy friend that always spoils your fun by asking you rhetorically "don't you think you've had enough?" They're the worst, but sometimes that's just what you need when you've got a two-hour slideshow presentation to get through the morning after.

But now, instead of taking that person out with you and listening to how fun her last triathlon was (yawn), researchers at Victoria University in Australia have developed a new app that aims to help limit your drinking habits by sending you annoying text messages like a nagging cyber-parent.

The smartphone app is called Mobile Intervention for Drinking in Young People - or MIDY for short - and was announced today as part of a broader initiative to curb binge drinking in Australian students. Users will have to activate the app before they embark on a night out, with the app asking them such questions as, "Do you have work tomorrow?" or "What time do you intend on going home?" Y'know, all the fun things you want to be asked before you head on a night out. Then, periodically throughout the night they will also be asked to complete a survey about how they feel, how much money they've spent and how drunk they feel.

The app's designer, Dr Megan Lim, told ABC that she hoped the app would help students to develop healthier drinking habits by giving them the tools to better manage their drinking: “This system isn’t telling people not to drink but this is providing an option for them to manage their own drinking, or pace their drinking or make sure [they] don’t drink and drive,” she said.

But aussie law student Eadie Allen was unsure of how effective the app would be, telling ABC News she's pretty sure that students would just ignore the messages: "Personally, when I go out drinking, I put my phone away and don’t look at my phone at all, particularly with an app or an SMS service," she said. "I would look at it and maybe have a second to think about what I’m doing. But as soon as I was encouraged by everyone around me to continue what I’m doing then I wouldn’t pay any attention to what an SMS was telling me.”

To be honest, we're not sure how effective an hourly questionnaire would be for those out on the lash, considering that phones are normally used for selfies and drunk dialling exes in the early hours, but if it stops just a few people from going OTT on the gin and tonics, then it has been a success. In the meantime, try these hangover cures on for size - one of them has to work before that slideshow.

Would you try this app? Let us know! @sofeminineUK

20 Stages Everyone Goes Through On A Hangover Day