Here's All The Things That Could Be Causing Your UTI

by Pascale Day Published on 13 November 2015 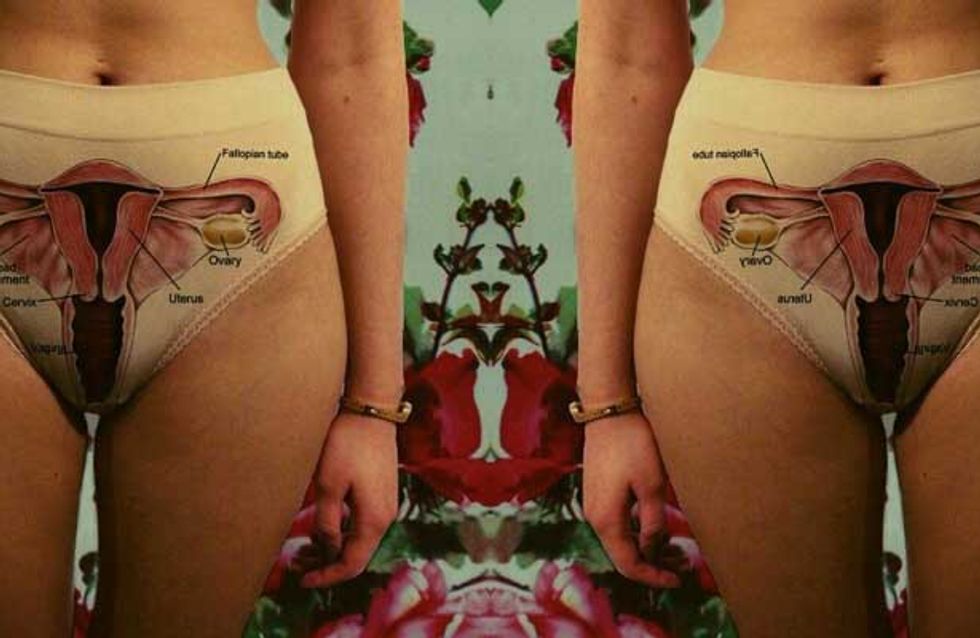 There are a lot of things we all fear in life, and getting a Urinary Tract Infection is one of those. Every girl knows the pain of a UTI: the dull ache in your nethers, the burning pee, and the cruel twist of irony that is having to pee more than usual. Yeah, a UTI is one of the more sadistic infections we humans experience. But what causes these vicious little blighters? What is it that makes you feel like you're peeing fire? Well, these things might have something to do with it...

If there's one thing that can unite women, it's a Urinary Tract Infection. Hear me out: every single girl has had one. Even if you were having the most overblown argument with a woman, and you were both raging mad, and you were like: "hold on two secs, my UTI is flaring up", guaranteed she'd be all like "Girl! I feel you!" and you'd forget all your rage and go share a cranberry juice together.

Getting a UTI is just a painful, cruel part of life for women. Men can also get urinary tract infections but bitch, please - don't nobody know a UTI like us girls. They're much more common in women than men. So what is it that brings on a UTI, and how can we stop this painful affliction in its tracts? (Get it?!)

We KNEW sex would have some downfalls. Turns out that intercourse can give you a major case of the burny wees, because it introduces bacteria into your urinary tract. Whilst you're busy enjoying the good stuff, your urethra will come into contact with all the bacteria from the genital area and anus, which allows that bacteria to enter the urethra, and possibly sabotage your bladder and kidneys too. This, my friends, means that you have a UTI on your hands (or rather, in your pee shoot). It is super common for women to get a UTI this way; it's estimated that almost 80% of premenopausal women who have a urinary tract infection have had sex within the previous 24 hours. They don't call it honeymoon cystitis for nothin', gals. The best things to do are 1) try really hard not to think about this fact during sex, and 2) don't hang around for a post-coitus cuddle. Go for a wee straight after intercourse - your pee will help to flush out all the bacteria. Unromantic, but effective.

2. Wiping back to front

C'mon girls, did we learn nothing in health class?! Wiping from the back to front is so bad because it brings the bacteria from your anus to the front, particularly E. coli, a bacteria that'll really bring your UTI to life. So always wipe from the front to the back. FRONT TO BACK LADIES. Always. It's a life lesson we can't ignore.

3. You're not drinking enough water

It's something that your mum tells you to do ALL. THE. TIME. But turns out she might just be right. Again. Annoying, huh? Not to state the obvious, but drinking water makes you pee. If you're drinking enough and going often enough, your pee will flush out the bacteria before it really has a chance to set up camp for a week or two. So do what your mamma says and get that water down your gullet.

4. You hold it for too long

Your mum might also be right when she says holding in a wee is bad for you. (She's just always right - I dunno, it's a frustrating gift.) Not peeing often enough or holding in a wee for whatever reason (i.e. watching a really good episode of Orange Is The New Black, not wanting to ask someone to move in the cinema, long car journey ect) means that more germs are made and stay in your bladder, and thus a UTI is born.

Tskk, kids are already causing trouble before they're even born! Pregnant women are more susceptible to UTIs because of the changes in their hormone levels make it easier to get one. Also, the increase in the size of the uterus means that it presses on the bladder, preventing it from emptying completely, leaving the urine stagnant. It's common knowledge that women have a lowered immune system whilst pregnant, making them more easily susceptible to colds and flus, but also make it harder to fight off other infections, including the bacteria that causes UTIs. Seriously guys, pregnancy's a real joy...

Hold on, hold on. Don't throw away your rubbers just yet. It's the unlubricated condoms you need to worry about - they'll cause extra irritation to the vagina during intercourse, not to mention feel really uncomfortable when you're trying to make all the love. I mean come on, unlubricated condoms? What are you, a masochist?! Do you hate your vagina? Serious question. Try lubricated condoms to avoid UTIs and also to understand what normal, lubricated sex feels like.

7. You eat way too much sugar

Everyone loves a little sweetness. A cheeky cupcake here, a donut there. But not only is that sweetness bad for your teeth, but also for you vagina. See, the kind of bacteria that causes a urinary tract infection bloody loves sugar. So if you eat enough of the sweet stuff and it ends up in your urine, the bacteria is going to lap that up like a slurpee. And thus, you may have a UTI on your hands.

As if they don't have it hard enough, research shows that diabetics are more prone to UTIs. A diabetic's blood sugar is unpredictable, so sometimes it can be crazy high. So if you're diabetic and have high blood sugar, your urine is going to be like a day-trip to a Candyland for that pesky bacteria, which will likely lead to an infection.

Have you ever had anything similar? Let us know! @SofeminineUK

10 Weird Facts Every Woman Should Know About Her Butt