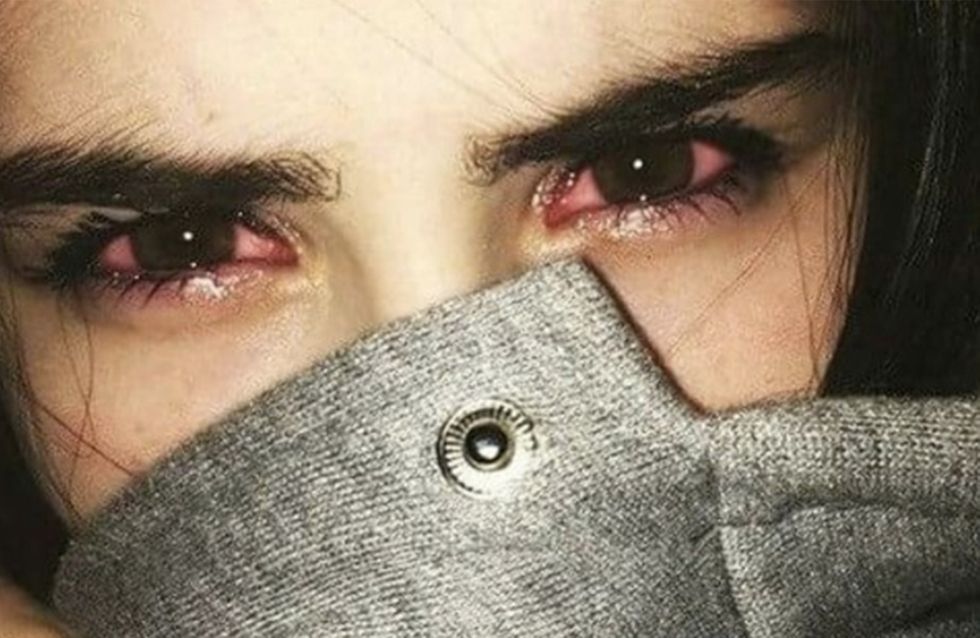 For plenty of people, contact lenses are a necessary part of life. They are notoriously fiddly, not to mention hard to get used to. And bloody hell, don't ever leave them in over night, or there'll be hell to pay. There are risks that come with contacts, as Irenie Ekkeshis found out when her lense routine went awry six years ago, leaving her blind in one eye.

In 2011 Irenie Ekkeshis woke up with a sore, itchy and watering eye. She headed to her local chemist and picked up some eyedrops, thinking it was nothing more than a minor infection. But not long after that, her eye became increasingly painful and soon Irenie made her way to the emergency room in excruciating pain.

"I thought I had a little infection that would clear up by Monday," Irenie told the BBC. "But by that evening I couldn't bear to go in my kitchen because I found the fluorescent lights too bright. It was painful."

At Moorfield's Eye Hospital in London, doctors needed to take a sample of cells from the surface of Irenie's eyeball, and so proceeded to give her a corneal scrape - a procedure that's as horrific as it sounds. "You see the needle heading towards your eye. It was excruciatingly painful, even though they use numbing drops," she recalls.

When the results came back, doctors confirmed that she had Acanthamoeba Keratitis (AK), a rare but serious infection that's caused by a micro-organism found in tap water, sea water and swimming pools. Irenie says that she hadn't showered or gone swimming with her lenses in, but suspects that she had not properly dried her hands before putting her lenses in. "I learned that even washing your hands and not drying them properly before handling lenses can cause it." By this point, Irenie had already lost the vision in her right eye.

She was given antiseptic eye drops to take every hour in the hopes that, as it was caught early, that the infection could be cured. But it was too late, and the pain continued to develop. "At times it was unbearable and was almost impossible to control, even with the strongest painkillers." The pain soon got so bad she had to quit her job as director of a travel company.

In 2013, Irenie underwent a cornea transplant which was successful at first, but then the infection took hold. The same happened with a second transplant, and soon after she lost sight in her right eye completely to AK.

During her ordeal, Irenie found that no one she knew - lense wearers or otherwise - knew about the dangers of exposing them to water. AK is only known to affect 125 people in the UK yearly, and is usually treatable. But Irenie wanted to highlight the potential risks, and designed 'No Water' symbols for opticians to stick on the lense packaging.

Irenie's message and purpose with her 'No Water' project is a simple one: "My advice to people is simple. Never let your lenses come into contact with water - in the shower, swimming or when washing. Although infections like AK are rare, I'm proof they can happen and the results can be devastating." I think we'll just stick to glasses for now...​

Have you ever had trouble with your contact lenses? Let us know! @sofeminineUK

Diet Coke Might Have Zero Calories But It's Making You Mad, Apparently