Meet The Woman Born Without A Vagina

by Helen Turnbull Published on 16 August 2017 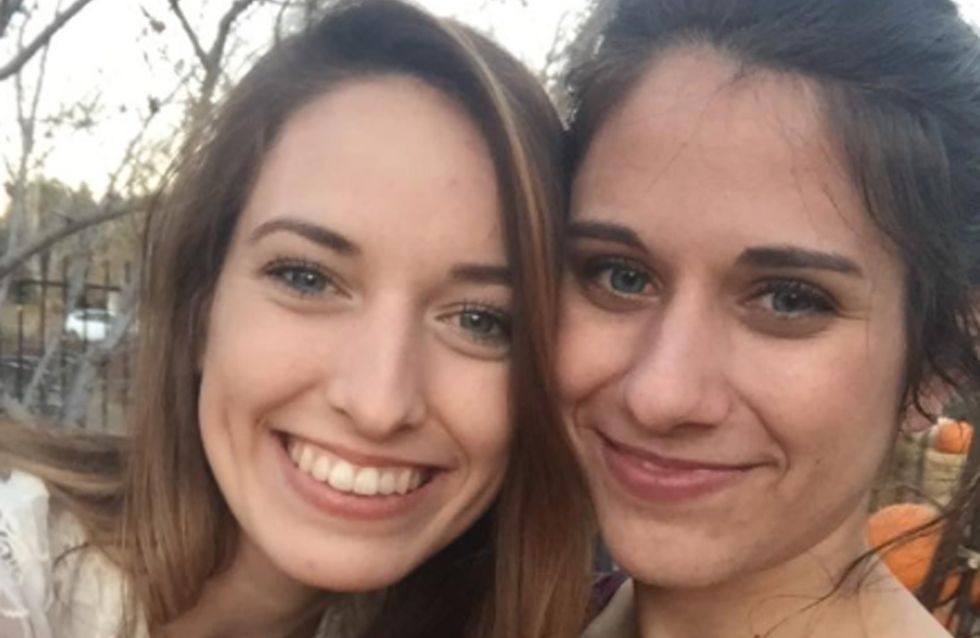 Kaylee Moats was born with a condition that effects only 1 in 5,000 newborn girls - she is without genitals which means she's yet to have a period or sex, at the age of 22. Now, a GoFundMe page has been set up in her honour, by her sister, in order to raise enough funds so the Arizona resident can have life-changing reconstructive surgery.

As young women, we obsessively worry about our body image and conforming to unrealistic body ideals. But for one 22 year old - and the handful of others who suffer from the same condition - that lack of self-confidence is an extra struggle. Kaylee Moats was born without a vagina, vaginal opening, cervix and uterus, meaning she'll never be able to carry her own children.

She received the diagnosis, medically-termed Mayer-Rokitansky-Kuster-Hauser, aged 18 after she never had a period. She sought medical advice and was given an MRI which confirmed her worst fears. The condition effects 1 in 5,000 newborn girls and causes the vagina and uterus to be underdeveloped or completely absent, according to the National Institutes of Health but little is known about its specific cause. Kaylee's condition means she'll never be able to carry her own children and has unsurprisingly altered the way she feels about her body, especially as she's unable to be intimate with her boyfriend.

Her sister Amanda has come to her rescue by setting up a GoFundMe page in her honour in order to raise the $15,000 (approximately £1676) needed for life-changing reconstructive surgery which will give Kaylee a vaginal opening and the ability to have sex for the first time.

Writing on the fundraising page, Amanda said: "The dreams we had of raising families together are going to look a little different than we had initially planned. This diagnosis raises a lot of fears, concerns, and insecurities in Kaylee about her identity and her future. The options of surrogacy and adoption give her some hope but she will never be able to carry her own children."

Adding of the importance of the surgery, she wrote: "It would give back a part of her that has been missing since birth and dramatically improve her quality of life. The surgery lasts 1-2 hrs and has a 96% success rate. As you can imagine, the whole family was very excited about this and Kaylee was ready to pursue the surgery."

Amanda has so far raised $10,510 of the target at the time of writing and says the family "will be forever grateful" for every donation, no matter how small.

To donate to Kallee's cause, visit her GoFundMe page here

This Woman's Vaginal Teeth Bit Off Her Boyfriend's Penis

Like us on Facebook!
You might also like
17 Celebs Who Have Spoken Out About Their Mental Health
by Pascale Day
How to deal with your period
by the editorial team
17 Things That Are All Too Real For Girls With Chronic Period Pain
by Rose Adams
10 Legitimately Weird Things You Should Probably Know About Your Vagina
by Pascale Day
Unbelievably, Half Of Men Don't Know Where The Vagina Is
by Helen Turnbull
Apparently There Are Only 5 Types Of Vagina - Which One Do You Have?
by Helen Turnbull
The Truth About Lady Bits: 20 Facts You Might Not Know About Your Vagina
by Vivian KELLY
A Feminine Hygiene Brand Is Donating 200,000 Sanitary Products To Help Combat Period Poverty
by Helen Turnbull
People Are Putting Wasp Nests Up Their Vaginas 'To Improve Their Sex Lives'
by Helen Turnbull
Teenage Girls Are Making Make-shift Tampons Out Of Socks Because They Can't Afford To Buy Them
by Helen Turnbull