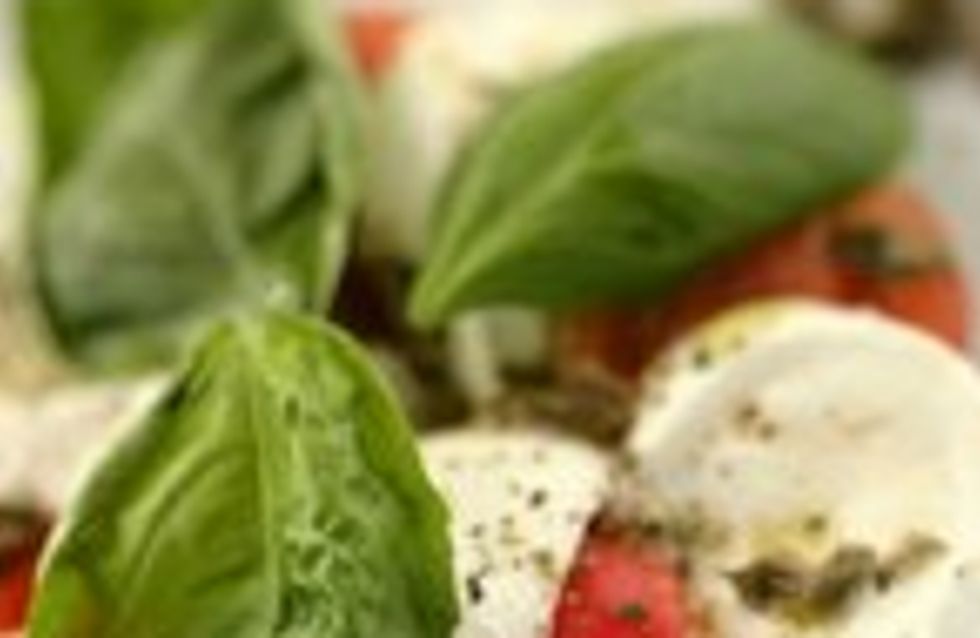 Often with a pronounced character, the cheeses that come from Italy have an uncomparable flavour. Italian cheese is often made with cow’s milk. It's unctuous, creamy and irrefutable!

Often with a pronounced character, the cheeses that come from Italy have an uncomparable flavour. Italian cheese is often made with cow’s milk. It's unctuous, creamy and irrefutable!

Parmesan and mozzarella are commonplace in our cooking, but lesser-known delights like gorgonzola, ricotta, mascarpone, grana padano and pecorino romano remain typically Italian. We take a tour of the Italian regions and their cheeses.

- First stop is Milan, where GORGONZOLA is found. Gorgonzola is made with cow’s milk. It's creamy and soft, sprinkled with parsley, and looks like blue cheese. It is refined for 5 to 7 weeks. It’s used a lot in cooking but also makes a great table cheese with its subtle creamy taste.

- Stop off in the regions of Lombardy and Piedmont to find GRANA PADANO, also made with cow’s milk. This is a hard cheese, a close relative of parmesan that is often found grated, and is refined for 6 to 12 months. Grana padano is the world's best-selling cheese! Enjoy in little slices or use to top dishes with strong flavour.

Also in the north of Italy we find MASCARPONE. Made with cow’s milk, mascarpone is fresh and smooth (it's the base of all cheeses before refinement). It is said that the name comes from a Spanish phrase uttered by a Spanish dignitary after tasting the cheese (mas que bueno, meaning more than good). It is used in lots of recipes, especially desserts like tiramisu. Mascarpone is the crème fraiche of ltalian cuisine!

RICOTTA is made with sheep or goat’s milk. It’s fresh, with a milky taste, is often grated and can be used in sweet or savoury dishes.

Take a little detour through Campania-Salerne and Caserta to the home of MOZZARELLA. Made from buffalo milk, with a thread-like paste, this fresh cheese with soft flavour is used in many pizza and pasta recipes, and also in salads, with tomatoes and just about anything.

- On to Rome, in the Lazio region, to discover PECORINO ROMANO, a very old, hard cheese made with whole sheep's milk. It contains lots of vitamins, is very digestible and nourishing, though calorific. It’s most often used grated and gets stronger with age.

Recipe ideas:Spaghetti with tomato sauce (use in place of parmesan). Widely used for topping and in cheese boards.

- We end our trip in Parma, home of PARMESAN. This irresistible hard cheese is made with cow’s milk and is covered with a dark oiled crust. Flaky, pungent and fruity, it’s eaten grated as an ingredient in hundreds of thousands of recipes, and is the key to any good risotto.