by Maria Bell Published on 4 September 2014 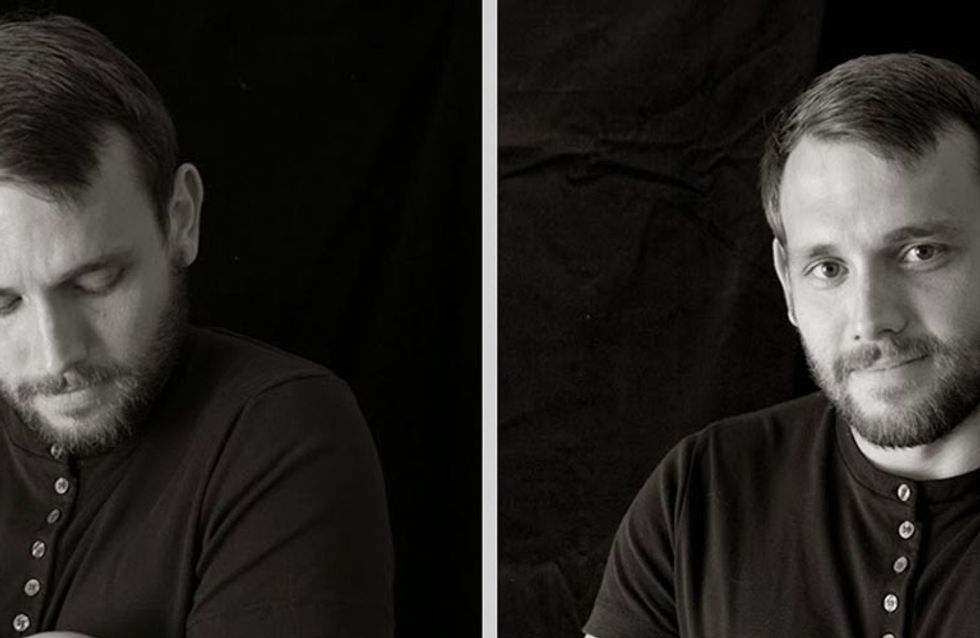 WARNING: If you're not down with the realities of the ins and outs of parenthood (literally) then you might not want to scroll down. When this Dad and his newborn son posed for a heartwarming family photoshoot, we can almost guarantee this photo is NOT what they had in mind...

Some people innately know what they were supposed to do in life, from the looks of this little tyke's timing, he's going to be one hell of a comedian.

The photoshoot was all going swimmingly until tiny Ted decided to do what babies do best right in front of photographer Kirsty Grant who managed to capture simultaneously the sweetest and most disgusting baby photo of all time.

The only thing stopping us from screaming in horror is the adorably smug look on Ted's face. Unsurprisingly when Dad Al Ferguson uploaded the episode onto his blog The Dad Network it went viral. Kids should really come with a warning.

Pregnant Woman Refuses Photoshoot. Husband And Beer Belly Do It Instead

The Most Awkward Baby Photos Of All Time

Born In The Wild: This New Reality Show Take Natural Birth A Bit Too Far?