Ryan Gosling has apologised for missing the premiere of his latest film Only God Forgives when it premiered in Cannes this week. Bit it sounds like the actor may have had the better deal as his co-stars heard a mixture of claps and boos at the film's end. Awkward.

As the cast were taking in the responses to the controversial flick, Ryan was off working on his first directorial debut in Detroit, Michigan.

The film has sparked much debate because of its extreme violent nature.

Director Nicolas Winding Refn got tongues wagging with scenes in which a man is tortured by sharpened steel chopsticks and one with a man getting his arm hacked off with a sword.

The movie has an all-star cast including Kristen Scott Thomas, who plays Jake's mother.

Despite this, the bloody scenes proved too much for some viewers and the film closed to a mix of cheers and boos. 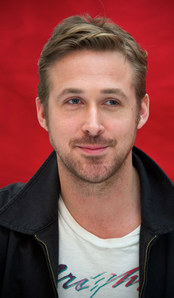 The Place Beyond The Pines actor had sent a letter to be read at a press conference in Cannes to apologise for missing the event.

He wrote: "Can't believe I'm not in Cannes.

"I was hoping to come but I'm on week three shooting my film in Detroit.

"Miss you all. Nicolas, my friend, we really are the same persons in different dimensions. I'm sending you good vibrations."

Nicolas expressed his understanding of Ryan's choice to miss the festival.

He said: "I would never even do it if I was in his situation. One thing is being an actor. When you're directing, it's another arena."

The pair have worked together before on the highly successful, stylish film Drive.

Actor-turned-director Ryan will have all eyes on him when his new film is finally released. It has already attracted an impressive cast, including Christina Hendricks, Eva Mendes and Matt Smith.

We're still going to be mourning the loss of his beautiful face on screen, but we do hope it's good!

Check out the red banner trailer for Only God Forgives:​