Broadchurch was one of ITV's most successful shows, pulling in nine million viewers for its finale episode. Actor Matthew Gravelle revealed the pressure he felt from fellow parents at the school gates and how long he was in the dark on his role as the killer.

The revelation came as a relief for Matthew as he's been forced to lie and dodge questions from fellow parents as he dropped his children at school.

He told The Sun: “I don’t think anyone expected this kind of response from the audience because this kind of drama happens so rarely on TV.

“The worst of the questioning had been in the school yard. When I was dropping the kids off, the parents of their friends were coming up from the start.

“Initially, they were joking that they didn’t think the killer was me.

“But by the end they were all slightly suspicious, asking: ‘Is it actually you?’"

Unfamiliar with the intense attention he was receiving, the father of two had even grown a beard while the show was on to avoid questions on the street.

He said: “I’m looking forward to being able to relax around people now.

“It will be nice not being so cloak-and-dagger and having to tell lies about what happens.

“I had grown a massive beard while the show was on but I was made to shave it off last week.

“So I might need to wear dark glasses now!”

After his character - the husband of Olivia Coleman's character D.I. Miller - was exposed as the killer, Matthew was slightly daunted at the thought of facing the school crowd again.

He told The Metro: "Up until the point I was revealed as the killer, I'd been a house-husband and general nice bloke - but now it's different.

"I tried to leave it as late as possible before running up to the school and dropping the children off and running back."

But he didn't manage to avoid everyone and some people let him know: "We always knew you were the killer."

Matthew, along with the rest of the cast, signed a strict confidentiality agreement about the twist ending.

Not only that, the 37-year-old himself only discovered that he was the culprit two weeks before filming the final scenes.

He told Metro: "I felt incredibly thick as I just didn't guess it."

He spoke to The Sun about his theories: “During filming I didn’t think it was me until Chris phoned to tell me.

“Watching it live with the nation, it seems more obvious that I should have suspected it was me all along.

“I never had a solid theory about who the killer was but I did take a punt that it might be Pauline Quirke’s character or the vicar."

Matthew believes the choice to keep the identity of the murderer under wraps enhanced the experience and performances of the actors.

He said: “Not knowing really helped because everyone in the cast wanted it to be them, so there was an element of ambiguity to the way things played out - an edge.

“There was an uncertainty to it which seeped into performances and could be read as guilt. And not knowing who the killer was made it fun to point the finger.”

Broadchurch is set to return for a second series but it's unclear where the story will go and which characters will appear again. 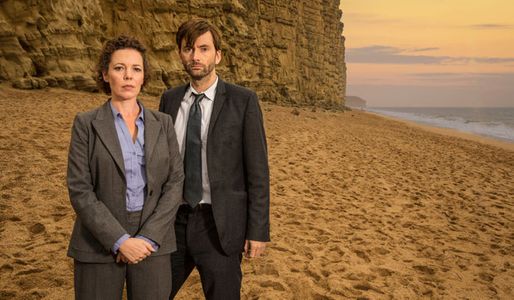