It's a sad say in pop world. JLS have announced that they're going their separate ways after a hugely successful career that started on The X Factor. Will you miss them?

JLS have announced that they're breaking up.

Aston Merrygold, 25, Marvin Humes, 28, Jonathan “JB” Gill and Oritsé Williams, both 26, delivered the sad news to their fans via their official website.

They wrote: "To each and every JLSter, our beloved fans around the world. We wanted to make sure that you heard it from the four of us, that we have decided to bring our time as a band to an end.

"It has been the most incredible journey over the last 6 years and we have achieved more things than we could have ever dreamed possible. Thanks to all of you guys, your support, your dedication and your love, you have changed our lives forever and we wouldn't be where we are today without you.

"We are currently in the studio working on what will be our last album- Goodbye; The Greatest Hits. We will be bringing you a new single later in the year to coincide with the album and the tour.

"Goodbye; The Greatest Hits Tour will be the last time that we will perform together as a 4 and we want to make sure that this tour is the best ever and that we end on a high! We will always remain brothers and friends and we will always be your boys."

The boys, who came second on The X Factor 2008, said they will continue to work on the JLS Foundation, which raises money to support causes close to the boys' hearts.

But they added that they're ready to move on to the next chapter in their lives.

They wrote: "As always we will continue to support each other and we hope you will enjoy watching us grow individually in our new chapters going forward.

"We want to look at this final year as a celebration of all that we have achieved together. We hope you can look back and remember all the great moments that you have been responsible for.

"All that's left to say is the biggest THANK YOU for following us from day 1 and every day since then. You are truly the best fans in the world and we will always love you. OJAM x."

JLS have won numerous awards, sold more than 10million records and had five No1 singles since they were signed to Epic records after The X Factor.

The boys gave an exclusive and emotional interview to The Sun about their break up, insisting they haven't fallen out.

Aston said: "It’s just that time. We are still best of friends and always will be - but this is the end."

Marvin married Saturdays singer Rochelle Wiseman last year and the pair are expecting their first child together in a matter of weeks.

​He added to the newspaper: "It’s an emotional time. There’s no getting away from that. We have been through so much together.

"But we have to be mature and look at this decision as a celebration of what we managed to achieve.

"We wanted to finish on a high. We’re finishing with an arena tour - our third arena tour - and that is a massive achievement.

"The last five or so years have been nothing short of incredible. It has been an incredible journey."

He continued: "I’ve got a baby on the way in four weeks, so it’s another celebration for me. But that was also another sign that we were moving on to the next stage in our lives.”

Aston, who compares the split to a relationship break-up, added: "The question was asked, ‘Can you do this together for another five or so years? Can you see that happening?’

"Between the four of us, there was no definite ‘Yes’ in the room. We had to dig deep and find the right solution. We haven’t fallen out. We leave with some amazing successes under our belt and we can say goodbye in style."

Oritsé went on to reveal that the split is especially sad because their families have grown so close, while JB was keen to emphasise their commitment to the JLS foundation.

As well as his upcoming role as a father, Marvin has also just landed a job as a DJ on Capital FM and a reporter on Daybreak.

Meanwhile, Oritsé has his own management company, Aston has just finished filming Sky's hit show Got To Dance and JB has bought a deer farm in Scotland. 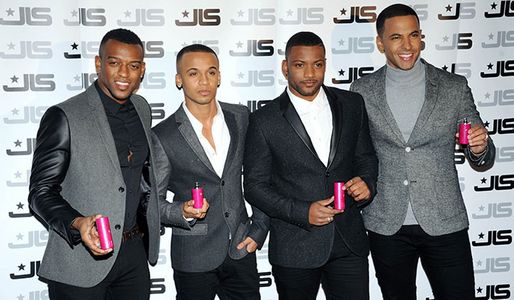