John Mayer was frank and honest about his romance with Katy Perry in a chat to TV host Ellen DeGeneres. The singer is notorious for being a ladies' man and Katy has had an unlucky few years in love. Who knows what the future holds for these two?

John Mayer has confirmed that he and Katy Perry are no longer together.

In a frank chat the notorious ladies' man, who was dating Katy on-off since last July, was asked by host Ellen DeGeneres whether he and the singer had split up for good.

​He added: "I’m on the same journey as everyone else. Coupling is a tricky thing."

John and Katy, 28, had reportedly briefly split in October amid rumours John couldn't commit and Katy was fed up of his "wandering eye", but it wasn't long before they reconciled.

The pair kept their romance very much under the radar and refused to address rumours until December last year, when they appeared on the red carpet at a Christmas musical together.

Now they've gone their separate ways for good, it seems John is willing to open up about his love troubles a little more - though he's very reserved about his time with Katy.

​"I can understand asking the question based on some previous answers I have given but I have finally learned how to put the wall between one thing and the other. I’ve been much happier since then."

​"I want everyone to be happy."

John's past girlfriends include Jennifer Aniston and Taylor Swift, but neither managed to tame him and he's said to have broken the young country music singer's heart.

Katy was previously married to Russell Brand, but the comedian announced their divorce in December 2011 - just 14 months after their big day.

Back in February, Russell was asked what he made of his ex's relationship with John.

​​Radio jockey Howard Stern added: "Doesn't she know that he's a worse womaniser than you?"

Russell, 37, shot back: “Worse or better, depending on how you view it.”

​To which Howard replied: “He’s a better womaniser than you.”

Obviously unhappy with having his reputation as a world-class ladykiller called into question, yoga-mad star Russell shrieked: "Hold on, I resent that! I'm world class!"

​But then showing a more sensitive side to his painful split with the Fireworks singer, Russell added: "You have to let go of the instinct to protect someone once you divorce them." 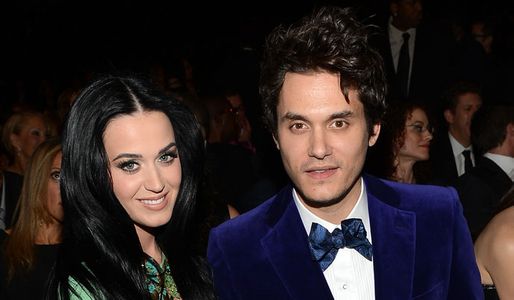