Russell Brand and Katy Perry were only married for 14 months before the Brit funny man announced they were divorcing. Now, 18 months later, Katy has opened up about her marriage to Russell - and has revealed exactly how it ended.

The US pop star wed Russell in India in October 2010 but their marriage ended just 14 months later on New Year's Eve 2011.

Katy, 28, opened up to US Vogue: "He's a very smart man, a magical man, and I was in love with him when I married him.

"Let's just say I haven't heard from him since he texted me saying he was divorcing me December 31, 2011."

Katy admits her hectic tour schedule contributed to their split, but she's also hinted that Russell struggled to be married to such a strong, successful woman such as her.

She continued: "I have to claim my own responsibility in things. I do admit that I was on the road a lot. Although I invited him time and time again, and I tried to come home as much as I possibly could.

"When I met him, he wanted an equal, and I think a lot of times strong men do want an equal, but then they get that equal and they're like, 'I can't handle it'.

"He didn't like the atmosphere of me being the boss on tour. So that was really hurtful, and it was very controlling, which was upsetting." 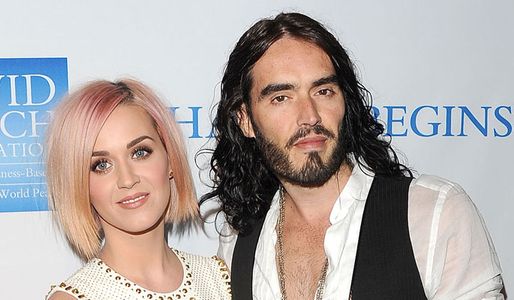 But Katy went on to suggest there was a bigger reason behind the break-up - though it doesn't seem she'll be disclosing it anytime soon.

She added: "I felt a lot of responsibility for it ending, but then I found out the real truth, which I can't necessarily disclose because I keep it locked in my safe for a rainy day.

It's no secret that since they parted ways, Russell, 38, has used Katy and their marriage as content for his comedy shows, even labelling their time together a "drag".

But, even more awkwardly, Katy has revealed that she caught the Brit comedian making fun of her at one of his shows when they were still together.

She said: "He started making jokes about me and he didn’t know I was in the audience, because I had come to surprise him at one of his shows."

Katy has well and truly moved on from Russell and dated singer - and notorious ladies' man - John Mayer on-off for months before they split in March.

"Beautiful mind, tortured soul. I do have to figure out why I am attracted to these broken birds."