Miley Cyrus has always been one for keeping the media guessing, especially when it come to her love life. But after stories emerged about a possible late night hook-up with Justin Bieber, she was quick to shoot down the claims and insist she's still very much engaged to Aussie actor Liam Hemsworth.

Miley Cyrus was rumoured to be getting it on with fellow young star Justin Bieber after the two were spotted getting flirty at an LA club.

But Miley, 20, has since shot down all speculation, insisting that her on-off engagement to Liam Hemsworth is very much on.

According to TMZ, the bleach blonde singer and 19-year-old Justin were partaking in some pretty "hardcore flirting".

They were also spotted leaving together at 2am.

Despite this, when asked about the rumours on The Kane Show, she said: "I'm engaged! I'm engaged. That is impossible."

In fairness we can imagine Miley is probably a bit of a flirt on a night out. 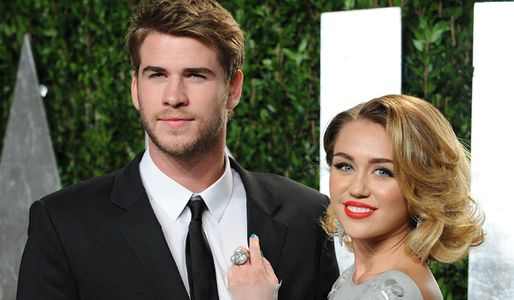 The one-time actress branded Miley "ugly" and told fans she thought her actor fiancé Liam was the "most gorgeous man on the face of the earth."

Miley chose to take the high road with her response.

She said: "I think it’s all so sad, that I don’t want to add any fuel to that fire. Because it’s really so sad to me."

Not one to shy away from her own fame, she added: "I was rooting for her comeback until she started attacking me, and I just thought it was hilarious that she mentioned my name the moment I was the worldwide trending topic on Twitter."

Miley is currently breaking back into music with this single:

What do you think of Miley's single? Tweet us @sofeminineUK